The England and Wales Cricket Board (ECB) has announced the introduction of England pace bowling development contracts, with Saqib Mahmood, Craig Overton and Olly Stone the first batch of seamers to receive them.

All three bowlers will continue to be employed by their county sides, but will enjoy more time working with personnel from the ECB’s national performance centre. The centre will work alongside the county sides to monitor the players’ schedules through the summer and winter. The players will remain under the employment of their counties, but the ECB will pay a portion of their employment costs.

The new contract also stipulates that the players commit to making themselves available for England Lions tours and individualised player programmes. 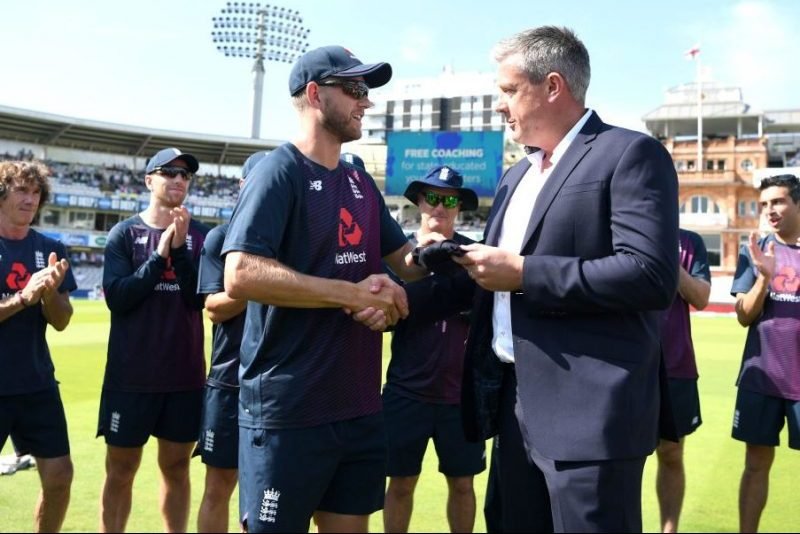 Olly Stone made his Test debut against Ireland in 2019

Somerset’s Overton and Warwickshire’s Stone have both played Test cricket for England, while Mahmood – who plies his trade for Lancashire – has played three T20Is and is in the ODI squad for the upcoming series against South Africa.

Overton is in England Lions’ squads for their tour of Australia, which begins later this month, while Mahmood will join the red-ball leg towards the end of February.

Stone is currently making his way back to full fitness ahead of the 2020 county season, having suffered a stress fracture of the lower back last summer.

The first line of contracts will run until September 30, 2020.

“Having a strong supply line of high-quality seam bowlers is an essential ingredient for sustained England team success in both white-ball and red-ball cricket,” said Ashley Giles, the managing director of England men’s cricket.

“We are very grateful to the first-class counties for agreeing to this, in particular, Lancashire, Somerset and Warwickshire. We are committed to working very closely with them to best develop players for the long-term benefit of English cricket and to ensure they are at their very best to perform at optimum levels throughout the domestic campaign.”