Fakhar Zaman’s scorching introduction to international cricket has been matched by few others.

Making his ODI debut in the Champions Trophy 2017, with Pakistan having been thumped by rivals India in the opening game, his fast starts at the top of the order laid the platform for a thrilling run to the final, where his maiden ODI century saw Pakistan claim a memorable triumph.

Since then, in white-ball cricket, records have continued to tumble in his wake. Among batsmen with more than 1,000 ODI runs, only the Netherlands’ Ryan ten Doeschate can boast an average higher than his 59.00, while against Zimbabwe in July he made Pakistan’s first ODI double-century, accruing the bulk of a triple-century opening stand – the first of its kind in ODI cricket – and also leading Pakistan to their highest-ever team total. 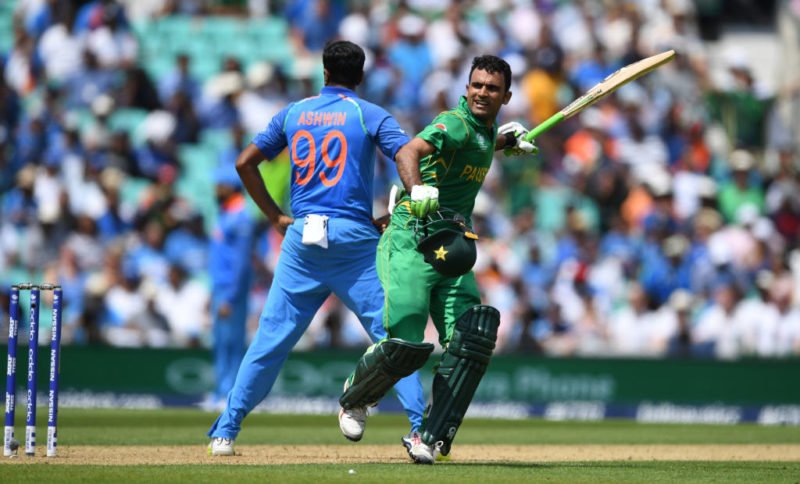 Zaman was a revelation in last year’s Champions Trophy

Since that unforgettable Champions Trophy campaign, he has been touted as the batsman to drag Pakistan into the 21st Century in white-ball cricket, into this brave new world of risk begetting reward, a run a ball not being enough, and boundaries being priceless. With him in the side, a repeat of Pakistan’s global triumph, in the same country but on a grander stage next year in the Cricket World Cup, can’t be ruled out.

And yet, little of this had people clamouring for his inclusion in the Test side. As exciting as he was to watch, his technique spoke little of cricketing tradition or technical surety. Playing late, straight and in the V seemed an alien approach. His was more seeing it early, swinging across the line and pinging cow corner. 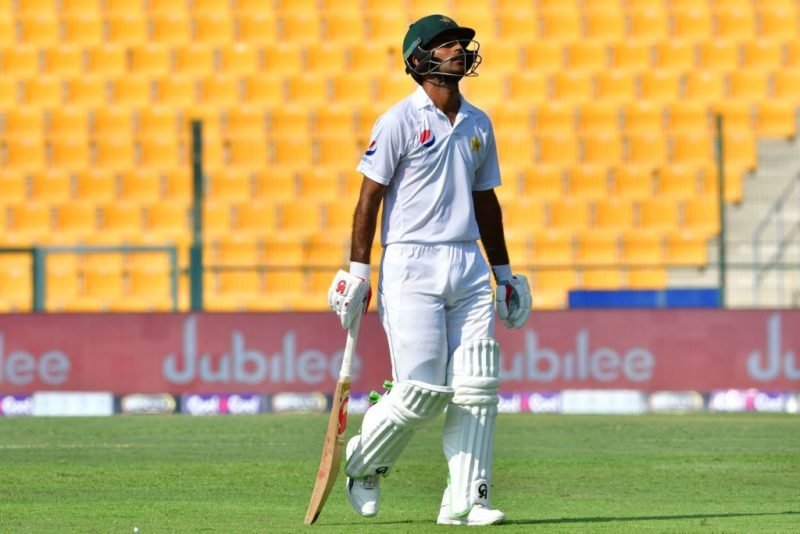 If the approach could succeed anywhere it’s in the endless batting badlands of the UAE that Pakistan have come to call home, and it’s here that he made his Test debut. A first-class average of 42 marked him out as more than a biffer, but to start with, the white-ball method saw him true, slashes up and over the slips racing to the boundary.

And then Lyon struck four times in six balls, and any licence to attack went. Pakistan were 57/5, and in need of rescuing. Before lunch, Zaman offered a hint of counter-attack, punching three boundaries in seven balls, though all were short and there to be hit. But after he showed something we didn’t know he had in him. He dug in.

Sarfraz’s innings is the longest of any Test innings this year not to include a single leave. #PAKvAUS

There was so much external about his play post-lunch that was impressive. Within two balls he’d reached his fifty, which a carefree batsman might take as invitation to tee off. Instead he consolidated. At the other end, Sarfraz Ahmed was playing like a fever dream, but a dream nonetheless. According to CricViz, Sarfraz’s was the longest innings this year not to include a leave, and he cruised at a run a ball as Zaman scored at under a run in two, forgoing the temptation to keep up.

He blocked and nudged, left and occasionally missed as Lyon, bowling with his tail up, and Marnus Labuschagne, looking far better than a part-timer, spun their webs, pressure building but never telling. His last 40 runs occupied 106 balls.

He fell six runs short of a century, but this was about more than that, and had he reached 100 off 120 balls, Pakistan might well now be further behind in the game, with Sarfraz having no one to stick with him. He showed the cool head to recognise what the situation required, the humility to realise he couldn’t smash his way out of it – he acknowledged after play he “was not feeling comfortable” –  and the technique to glue the new plan together.

This is of course just one innings, and while the situation was dire and the spin high-quality, there will be tougher questions Zaman has to answer if he is to be considered as one half of the answer to Pakistan’s long-standing opening problems. But even if it was just one innings, it showed one thing for certain. Zaman himself isn’t ready to be pigeonholed as just a white-ball player.