Jon Hotten – aka The Old Batsman – on the peculiar burden placed on James Vince by those of us who watch him, seduced or not.

For hardened James Vince watchers, for the jittery acolytes of batting’s fragile beauty, his latest recall to the England team, this time for the final one-dayer against India at Headingley, was very James Vince indeed. He hit his first ball for four (check); went scoreless from the next seven (check); got to a lovely twenty (check); was dismissed in frustrating fashion (check); opinions on both sides were retrenched (check)…

It joined the long list of very James Vince moments: the run-out at Brisbane, the Mitchell Stark miracle delivery, all of the nicks and all of the brain-farts, the recalls when he hadn’t scored any runs, the dropping after he made a double hundred… Each of these states are familiar not just to Vince but to the James Vince watchers. Because James Vince has something about him that comes from deep inside the game: it’s the longstanding trope of the underachiever, the dilettante, the dashing artist cut slightly adrift by attitude and time. Vince, like CB Fry, like Compton, like Dexter, like Gower, is carefree with his talent, playing fast and loose with a gift offered to the few – that precious extra heartbeat in which to see the ball and play it. 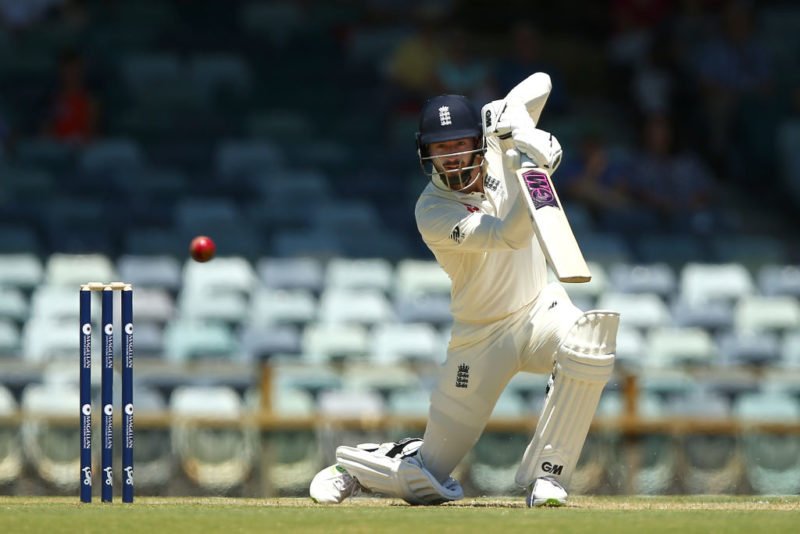 James Vince tells us all something about ourselves

It’s not true of course. A state like that could only exist if we were able to inhabit the minds of each of these players and know what they were thinking and feeling, instead of just how they looked. David Gower, for example, said: “When people came to me and went, ‘You are not trying’, I said, ‘Honestly, I am’.”

In the age of ultra-professionalism, of seed-based diets and marginal gains, such ambiguity shrouds James Vince, refracting him in a harsher light. His grace at the crease can be overpowering for the watchers. Words trail along behind him, stripped of their power; they lumber after his cover drive like defeated fielders to a distant and shimmering boundary at which the ball has already arrived. He glitters with a promise that his stats call fool’s gold.

He’s cricket’s equivalent of a Rorschach test: what you see in James Vince tells you something about yourself

Jonathan Rendall once wrote a newspaper column about a colleague of his who looked like Richard Gere. At first it didn’t matter because Gere wasn’t famous, but as he became a star, it had a knock-on effect for the man who looked like Richard Gere. His life changed too. Women became available to him. He began to live in a certain way. He missed a business trip because he spent the entire time in a tryst with a girl he’d met at the airport. He lost his job, his marriage broke up, his house was repossessed. Looking like Richard Gere ruined his life.

The story was about the power of appearances, how they could shape lives one way or another. Behavioural psychologists will talk about anchoring and heuristics, but what it comes down to is that it’s fundamentally human to appreciate something beautiful, to have it stir up emotions, sometimes inchoate. It applies in sport as much as in art. Professional footballers were in no doubt about who the better player of Paul Scholes and David Beckham was, yet their careers and lives were dictated in part by their appearance. Gower and Graham Gooch were the classic English cricketing juxtaposition, wafter versus grafter. How much of this perception came about because of the way they looked when they batted? Who can know, but there is something deep-lying in our judgement of such things, and it skews the table.

To say that James Vince is a divisive figure understates the case. On Twitter any mention of him is catnip for the outraged, for the un-seduced and for those who think they scratch beyond the superficiality of surface. As I’ve blogged before, he’s cricket’s equivalent of a Rorschach test: what you see in James Vince tells you something about yourself.

Most cricketers fail most of the time. How they deal with that failure may shape and define them. In his introduction to David Frith’s book Silence Of The Heart, Mike Brearley wrote: “cricket more than any other sport helps a person work through the experience of loss by virtue of forcing its participants to come to terms with symbolic deaths on a daily basis.” For James Vince, and for the watchers of James Vince, each of his dismissals comes seeded with its own particular sadness, a sadness for what will not now be seen. For the outraged it’s simply more evidence of what James Vince is not. Either way, that is a very particular burden for a cricketer to carry.