I’ve been following the Ashes very closely and I thought the Adelaide Test was fantastic. The cricket, especially the bowling, has been of very high quality. Although England probably have a more complete side, the Australians have managed to pull things in their favour because when it counts they’ve executed their skills better.

It’s been great watching, but I’ve been put off by the whole drama around it. The build-up to it, the whole sledging aspect, the petulant back-and-forth between players and supporters, building the rivalry up so much that it gets called ‘war’ – that did not interest me at all. It took away from the spectacle, and made it almost comical by the end of it. To me it feels staged. There’s a lot of PR woven into it, a lot of spin – with players behaving as if this verbal rivalry is what is expected of them. It doesn’t seem spontaneous.

Players behave as if this verbal rivalry is what is expected of them. It doesn’t feel spontaneous

Once both sides have committed themselves – saying there will be targeted sledging and attempted mental disintegration – at least stop whingeing about it. Stop portraying and projecting a false, holier-than-thou team image to the public. Both sides have publicly committed to it and they should just get on with it. Viewers will make up their own minds as to how they accept this on-field war of words, according to their own personal sensitivities.

There has been a lot of talk about sledging, but overall, I don’t think it’s as big as it used to be. Steve Waugh used to call it one of his top weapons. But there are good and bad ways to respond to it. In 1975/76, when the West Indies players went to Australia and Lillee and Thomson and the Australian crowd went so hard at them, their first thought was, ‘This is not cricket! This is not how it’s supposed to be!’ But they responded not by going back at them verbally, but by building up a fast bowling quartet that could silence Australia’s batting. 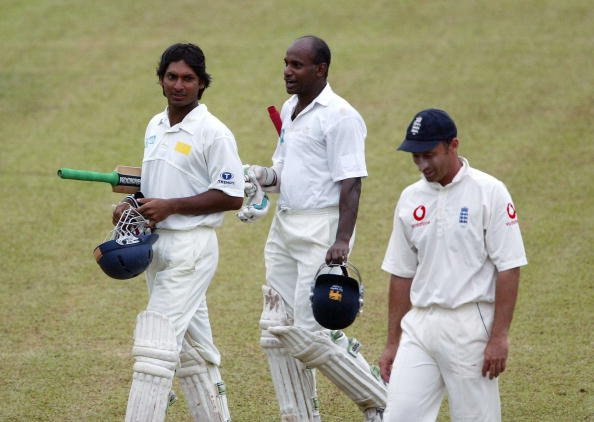 Sangakkara engaged in conversation back in 2003

They concentrated on getting the fastest bowlers, the most accomplished of them, for the Windies, and having that steel behind them, and that confidence that their skill was more than enough to stand up not just to the player’s competency, but also any verbal assaults that came. And very soon the verbals dropped to a minimum when the Australians realised that it was not getting through, and really it was about skill.

The real contest is always about skill on the field, and the Australians in this series, in the toughest of situations – and they have been under pressure in both games – have shown better skills than the English. Whether it was the last day at Adelaide, Steve Smith’s hundred at Brisbane, the bowling of Nathan Lyon or the way Pat Cummins batted with Smith, all of it shows that cricket will finally be decided by your skills on the field. It’s about time England focused more on skill than rhetoric.

Against Lyon I’d be looking to take on the mid-on and mid-off fielders, pushing them back. I’d also be looking to open up the off-side more

The key difference between the two sides has been Lyon, being able to tie them down and bowl long spells from one end. He bowls with great pace, has great shape on the ball, and he uses the angles of over- and round-the-wicket very well. He’s very sure of himself, there’s no doubt in his mind about his ability, and his captain backs him to the hilt.

They must be more aggressive against him. They must try to shorten his spells by being proactive. It’s about rotating strike, looking for singles and using your sweeps. Of course, Lyon in Australia gets a lot more bounce, so with sweeping, you have to be on the ball at all times. I’d be looking to take on the mid-on and mid-off fielders, pushing them back. I’d also be looking to open up the off-side more. Sometimes when Lyon bowls around the wicket he just wants you to hit one area, and he keeps hitting a line on the stumps to ensure that you are going only one way. But England’s right-handers should be looking to hit through cover. Change your guard if you have to, to open up that off-side. But whatever works, do it in practice, come prepared and have no fear in the execution of it. 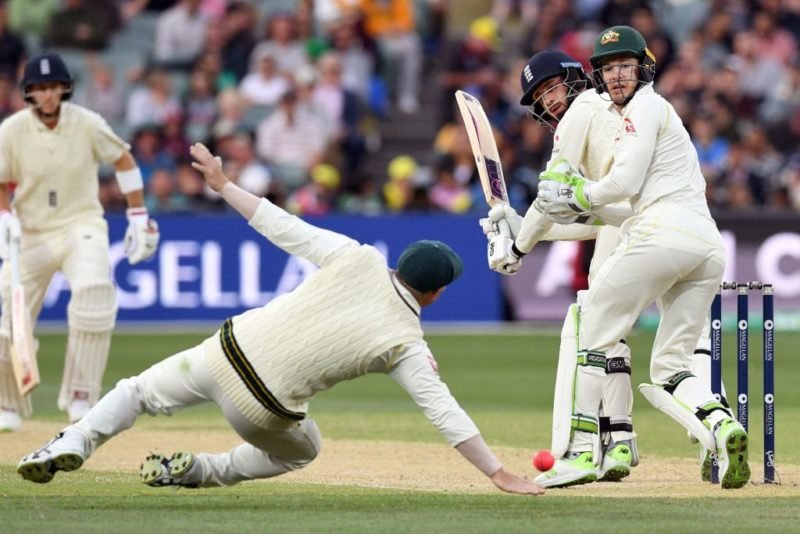 While Lyon was the difference, the ability of the Australian bowlers to bowl consistently faster and generate more bounce than their English counterparts must be appreciated. The Kookaburra ball and the Australian pitches offer less swing and seam movement to the English bowlers. Broad with his height seems to be the best equipped to deal with this pressure, and that could be another reason to rue a very big missed opportunity in Adelaide.

Related Story: When India & Pakistan played Holi together, but ‘shy’ Imran didn’t get out of his room

England aren’t yet out of it. But they need to regroup and change their approach, especially against Lyon, to ensure that they have a specific strategy.