Pakistan got under England’s skin on Monday and it’s just what the tournament needed, writes Phil Walker, editor-in-chief of Wisden Cricket Monthly.

Ah, they’re getting good. Joe Root, the sly old fox, has been around the traps for far too long to fall for that one. Pakistan, scudding the ball into the turf to rough it up? Pakistan, manipulating those boringly conventional white orbs to get them going off the straight?

Pakistan, having been subject to the umpires’ scrutiny, and, yes, suspicion, in precisely the same way as England’s fielders were a few hours earlier, staying faithful to the one abiding characteristic that many English cricket people still associate them with?

“If I go into it I will say something that will get me into trouble,” said Root, tapping the side of his nose. “I’m just going to leave it.” 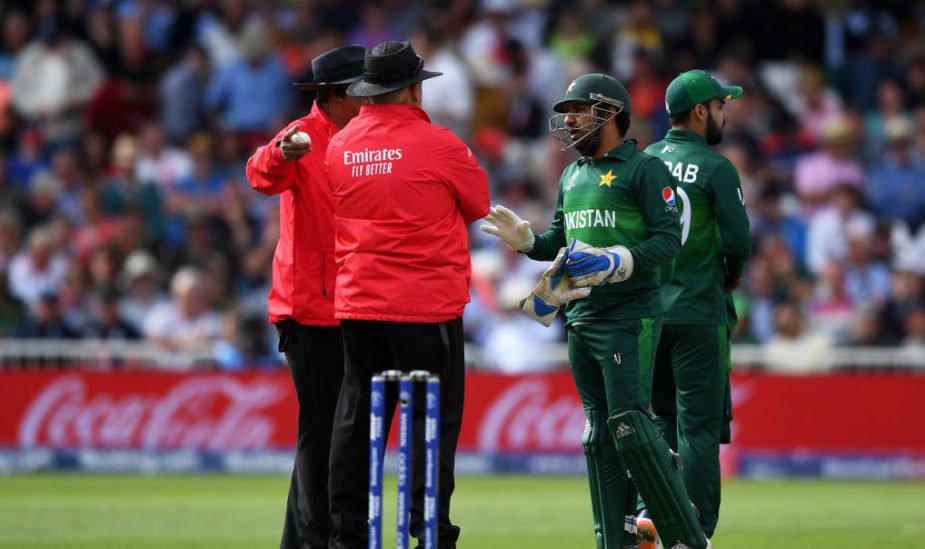 See how he just went and left it? “You might think that,” he may as well have said, dark clouds gathering above the Commons in the background, “but I couldn’t possibly comment…”

So Pakistan have done it again. They’ve ruffled them. They’ve got under England’s richly nourished and ink-spattered skins and under their fingernails (don’t mention fingernails!) and riled them up. They’ve gatecrashed the love-in, staunched the flow of endorphins and shut the old snobs right up.

“We can beat England, not just upset them,” Azhar Mahmood had said beforehand. Why not do both! In the process, and most pertinently of all, Pakistan have got themselves right back into this tournament. This was the match that the show needed, and it came at just the right time for everybody.

“Our batting and bowling will go up and down, but our fielding must be a constant.”@Eoin16 slams England’s shoddy fielding display after Pakistan shock tournament favourites. ? #ENGvPAK #cwc19https://t.co/GNMUZAT3fW

You can always count on Pakistan to draw out what Lawrence Booth once described as “a certain poison in English attitudes to the rest of the world”. It’s always Pakistan. The 1992 series was a classic of the genre, when a decade’s worth of murmurs and rumours and English chuntering exploded across a magnificently volatile summer that would end with a defamatory double-page spread in the Daily Mirror and then in the courts, with Beefy and Lamby on one side and Imran on the other.

Imran won, of course, just as he had done a few months earlier in that hot and still hotly contested scramble under the Melbourne lights. That case was ostensibly about ball tampering. But it was also about power. It surprised precisely no one that Imran was busy on the Twitters last night.

Congratulations to the Pakistan cricket team for a great win and for coming back into form after a poor start in the warm up matches and the first WC match. You have the talent, all you need is the self belief that you can go all the way.

Before one goes too deeply into any of this, there is no evidence to suggest that either team was doing anything to artificially manipulate the ball. The abrasive surface of the electronic LED advertising boards certainly leaves a mark on the ball when it cannons into them, while the umpires were closely watching both teams hurl the ball into the turf on regular occasions. No reports have been made. No balls were changed. Both captains were spoken to, as Eoin Morgan later acknowledged.

In short, it was all a bit of nothing. And yet England’s two main batsmen, with Jos Buttler another very interested party when he was out there batting, just couldn’t quite let it lie.

“Pakistan play with your heart, make you toss and turn at night, make you wish you’d never fallen in love. They’re so unpredictable it’s bloody predictable.” @Taha_Wisden looks at the crazy case of @TheRealPCB. #CWC19https://t.co/CEvxOsz5Cm

“Gamesmanship,” Michael Vaughan called it, adding that England can’t start pointing the finger when they are doing the same. But there you go, you see. While English rectitude runs deep in cricket, hypocrisy chases after righteousness all day long; when England won the 2005 Ashes with reverse swing there was no question that it was anything other than superb bowling.

It’s been a demure tournament so far. No dramas, very little aggro, a few boos for Smith and oddly, to a lesser extent, Warner, but that’s about as far as it’s gone. Then Pakistan met England, and abnormal service was resumed.

The ‘blip’ narrative is now in place for England. This was their bad day at the office. Sages declare themselves thankful that they’ve got their bad one out of the way. What horrors if they’d gone into the semi-finals with a record of 9-and-0! Better to get beat now, so it goes. This was, after all, their first unsuccessful run chase on home soil in almost four years.

Still, a newly refreshed vulnerability has been awakened in what was until recently a distinctly unEnglish tilt at a world title. Now, we’re back where we’re most comfortable: making flaky statements of intent, rationalising defeat, trying to convince ourselves that there’s nothing to see here, that all teams can sometimes field like dogs, that Adil’s shoulder is just fine and it was just that strip of tarmac that neutered him, that Jason won’t let that dropped catch bother him, that even Jofra is allowed an off day, that surely Moeen won’t be needed in many more run chases…

Morgan said they had a “stand-off attitude” in the field. Perhaps that’s true, though it stretches credulity to imagine a team as drilled as this one and as obsessive about winning just rocking up with a shrug and taking it as it comes. More likely it’s to do with what happens in sport on any given day when for no evident reason a team drags itself into mediocrity.

Mistakes beget mistakes. Errors compound errors. It eludes explanation. It makes no rational sense. And yet that threat is always there. No amount of preparation or scintillating form can legislate for it. This is the thought that keeps England’s dreamers awake at night.

That and the vision of Pakistan’s cricketers, limbering up on an outfield, about five weeks from now.