There was something inevitable about Pakistan’s victory over World Cup favourites England at Trent Bridge on Monday, writes a lovesick Taha Hashim.

Forgive my boastfulness. I knew Pakistan were going to win. I knew it the moment they got rolled over by West Indies, when they lost their 11th game on the trot. I knew it because it’s Pakistan and Pakistan play with your heart, make you toss and turn at night, make you wish you’d never fallen in love. They’re so unpredictable it’s bloody predictable.

Here against England, something isn’t right from the opening proceedings for the home side. Jofra Archer – a man who can do no wrong – misfields in collecting the ball on the boundary and England don’t look like world-beaters; they look nervy. It’s almost as if they need a reminder that they’re the best team in the galaxy.

And guess what? They’ve got pace too, Mark Wood’s pace that’s meant to take Pakistan’s heads. But the studious-looking Imam-ul-Haq bats like school’s out; Fakhar Zaman swings away in the only way he knows how.

“Our batting and bowling will go up and down, but our fielding must be a constant.”@Eoin16 slams England’s shoddy fielding display after Pakistan shock tournament favourites. ? #ENGvPAK #cwc19https://t.co/GNMUZAT3fW

If Pakistan break your heart, Babar Azam’s the reason you fell for them in the first place. He’s just glorious, isn’t he? The elastic wrists, the nimble feet, the flourish of the bat and the ball’s gone to the boundary before you know it.

And then there’s Mohammad Hafeez. The moustache is wizardly and he bats with some wisdom too. Sarfaraz Ahmed fits the stereotypical mould of busy wicketkeeper-batsman and shows it with an unassuming half-century.

Trent Bridge isn’t the place you want to go to if you play England. And Pakistan know that – they got walloped in Nottingham three years ago for a world-record total. 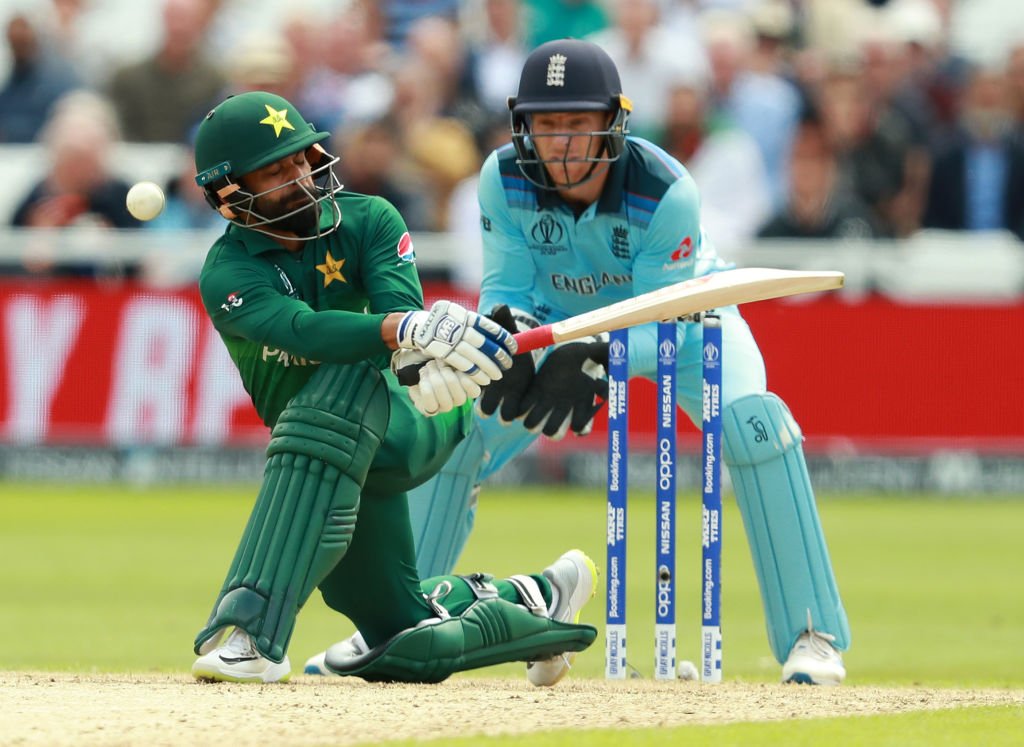 Pakistan finish on 348-8, the highest score of the tournament so far. But, yeah, nah – this is England. The hope is what kills you with Pakistan. And why dream when Eoin Morgan’s men will probably wake you up and scream #ExpressYourself in your face?

Cast your mind a few weeks ago and England walked two 340-plus chases with consummate ease. It’s probably what forced Pakistan into a World Cup re-jig that brought in Wahab Riaz and Mohammad Amir. Wahab hadn’t played an ODI since 2017, while Amir had contracted chickenpox. But this is Pakistan: throw some punches with a blindfold on and you may well still hit something.

He’s brilliant but horrendous all the same, and the figures he finishes the day with – 3-82 – are just so Wahab

The first over goes to Shadab Khan as Sarfaraz channels his inner-Faf. Leg-spinner on to open and it isn’t pretty to begin with – a couple of long-hops get tonked for four. But Sarfaraz keeps him on and Jason Roy is out leg-before.

Normal service resumes with Joe Root and Jonny Bairstow at the crease and England tick – a run here, a run there, a boundary every now and then. 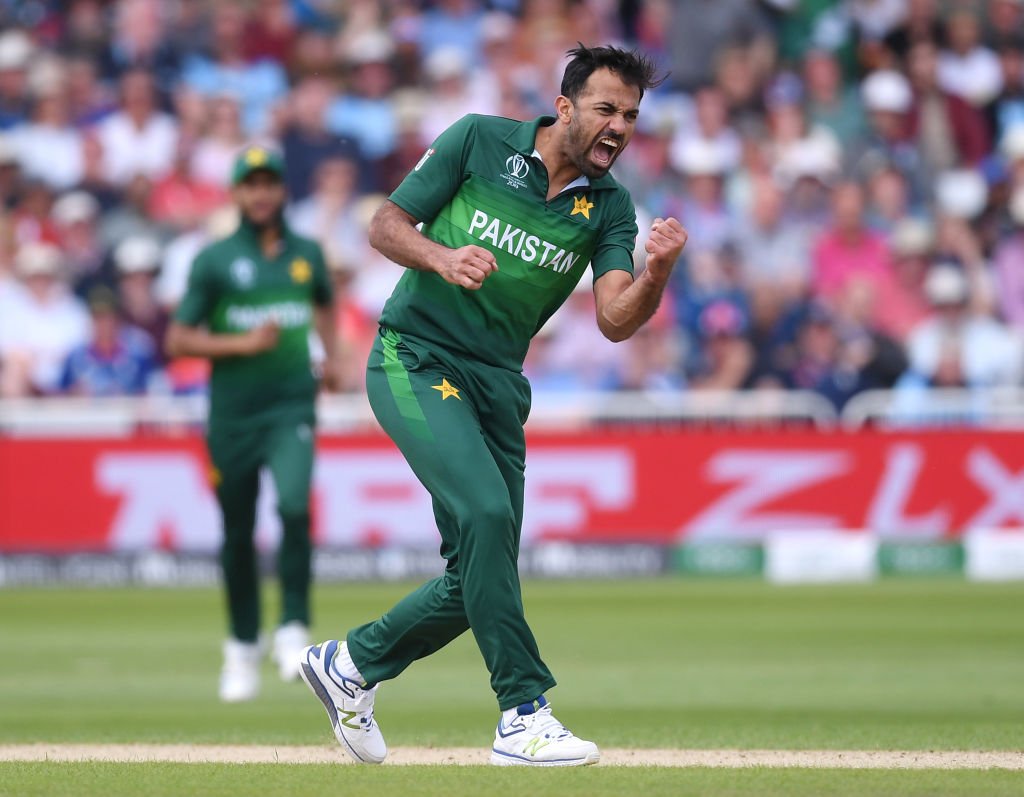 Wahab had his dance with Shane Watson four years ago but he never got his man. And that should have been that for his World Cup career. He’s brilliant but horrendous all the same, and the figures he finishes the day with – 3-82– are just so Wahab. He bustles into bowl against Bairstow and that slingshot of a left-arm finally finds joy, the ball exploding off the pitch to grab the edge.

The old-timer off-spinners come in next (just cast them in a buddy cop film already), Hafeez and Shoaib Malik. Morgan and Stokes go and it feels like the game’s there for the taking. 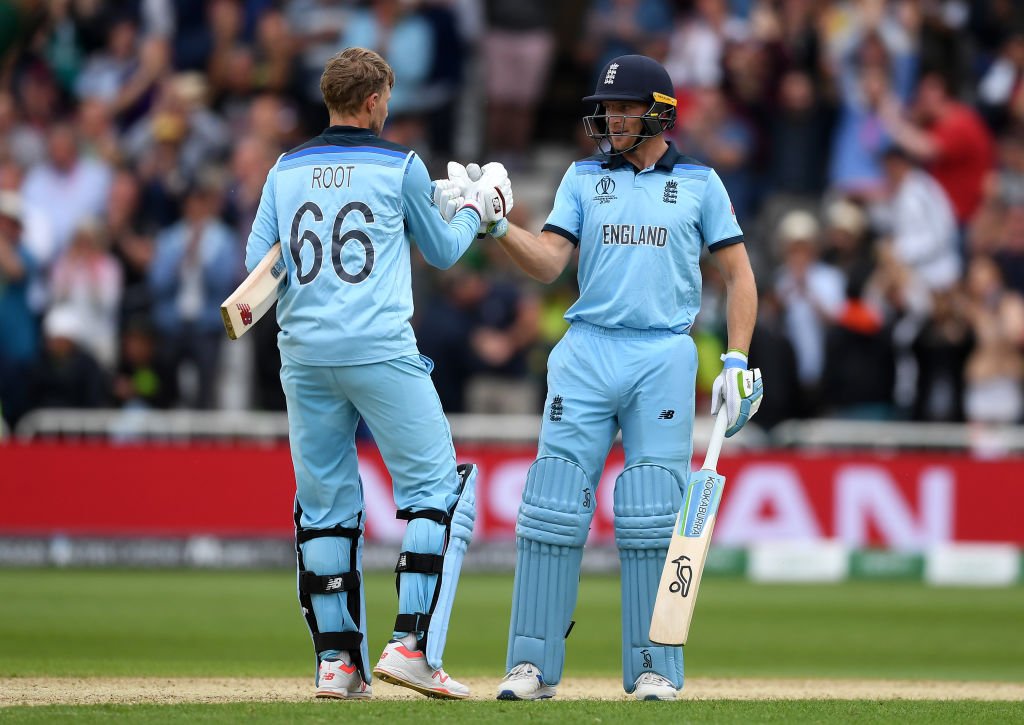 Joe Root celebrates his century against Pakistan with Jos Buttler

But lo and behold, swooning Jos is in town, a guy who’s probably worshipped by his in-laws, the prince of English cricket. And he’s being such a kill-joy. Why, Jos, why? He wants to crush the underdogs and he’s busy blasting everyone to eventually follow Root to three figures.

Amir will forever be the lost boy of Pakistani cricket, a question mark of what could’ve been, and he doesn’t exactly get the ball hooping miles anymore. But we all cling to that 17-year-old shadow, that figure that arrived on these shores a decade ago and screamed greatness. Even without a strong case for inclusion, he’s here at the World Cup, and while greatness may never arrive, he gets the mighty Jos. The off-cutter does the trick and for once, Buttler’s middle can’t find the ball.

“My moment of the day is every time Babar Azam breathes.”@Phil_Wisden and @Jo_Wisden look back at the most Pakistani of Pakistan wins at Trent Bridge.

Listen and subscribe on the Podcast App or Spotify. https://t.co/fNNa0qCZOC

England fans can revel in their side’s consistency, the serenity their batsmen offer. It’s a world free of tension, anxiety, constant worry and you’re guaranteed to live a long, healthy, happy life.

But a bit of chaos is good fun isn’t it? The Cornered Tigers have arrived at the World Cup and things are shaking up.