This is the tournament that just won’t yield, where logic checked out weeks ago, and where New Zealand, not India, will amble into Lord’s on Sunday to face one of those imperial supremacists that habitually disdains them. It will be their second successive World Cup final appearance, and if it wasn’t entirely alien to the national characteristic to get buoyantly carried away, they would be fancying this one very much indeed.

They began this tournament with a string of wins, but against ‘lesser’ teams; the logic running that the big boys will sort them out come the business end. Then, while already basically assured of qualification, as they stuttered through those final games, the arguments emerged that, well, it really should have been Pakistan to duke it out in the last four.

Even when, under deathly skies against the most complete bowling attack in the tournament, Williamson and Taylor were fighting like mad to acquire a defendable target, the comm box sages were branding the approach “inexplicable”. It’s hard, if you’re any way attached to the New Zealand cricket team, not to feel somewhat patronised at every turn.

Taylor is a joy. On his day, there are few better. The square cut is devastating. The cover drive, hurling hands and body at the ball, is propulsive

Yet again, the game’s turned conventional wisdom inside out. It’s entirely apt that a showpiece which has undulated through a few showers, the odd ticket fiasco, a handful of classic games and some shruggingly average ones, should see as its first finalist a resolutely unflashy bunch of strivers and purists. This tournament has not been the breakout street-party carnival that the marketeers hoped for. But this is cricket. It just doesn’t work like that. For the already converted, however, it’s absorbed and deepened its fascination over time. As the pitches have got more tired, the game’s night owls have come awake.

New Zealand has been the most unhyped team here, and the most enterprising. A middle-order comprised of a melancholy cowboy, a preppy environmentalist who bowls left-arm spin between lectures and your second-favourite drinking partner should not, by any standard measure, outthink those natural-born icons from cricket’s last remaining empire.

Yet here they are, cheered on by their wives and girlfriends in their custom-made kits, lightly sozzled in hospitality. Watch them stroll down from St John’s Wood tube on Sunday morning, just another day in a pleasant existence where cricket is a joy, not a burden; a game, not an industry. The tournament has got the finalist it deserves. 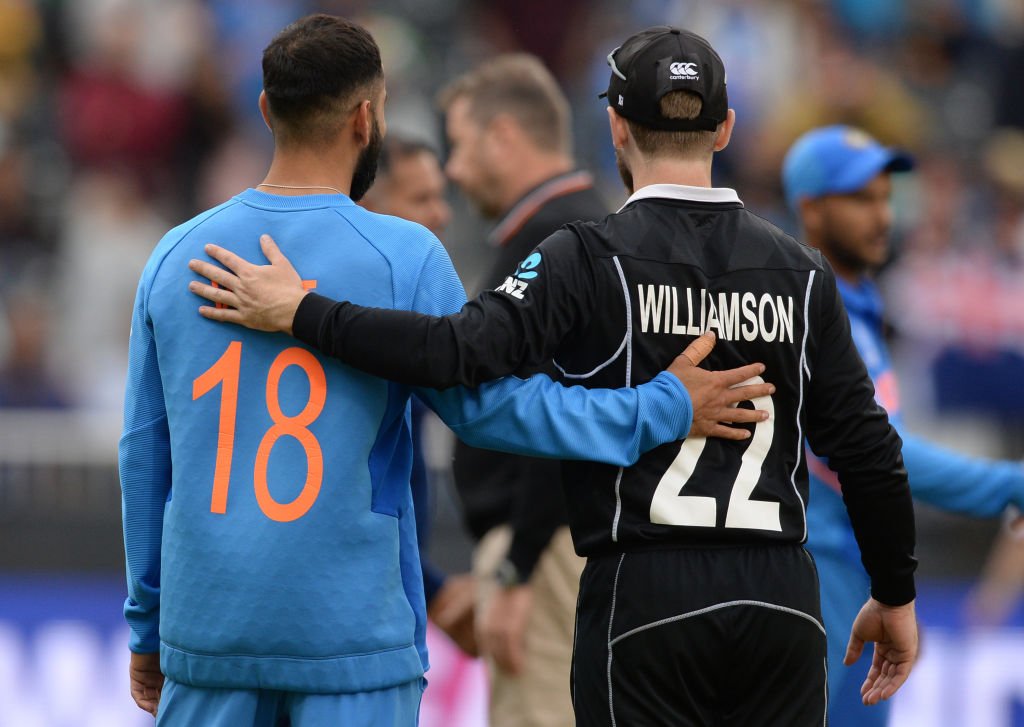 And the thing keeps confounding. The ball has screamed back into play. It’s turned when it shouldn’t have. And the bats? The bats have fallen silent. Virat Kohli didn’t make a hundred. Rohit Sharma made five, yet won’t finish top of the charts. In this one, India’s top order bummed out – make that 5-3 after four – but their seamers were truly great.

And what to make of Dhoni’s final turn, if indeed he is about to call it a day? If of late he’s begun to resemble less Al Pacino in Glengarry Glen Ross and more Jack Lemmon, reduced from a once-swaggering results machine to a more human soul, befuddled by his waning ability to “close the deal” like he did when he was young and full of it. The enigma may remain encased forever. His run out, which confirmed India’s fate in the penultimate over, maintains the average of 50, and the legend of the ‘closer’ undimmed.

But this is no longer India’s story.

With 19 needed from four balls and the will-o-the-wisp ultra-tailender Chahal flailing away, the batsman feathered a slower ball from Jimmy Neesham to the keeper that, barring a pointless review, iced Kane Williamson’s greatest achievement as a cricketer. As is the wont of TV producers, the camera pans to the boss. Yet his face reveals nothing. He looks, with his unblinking eyes and mountain folk beard, like an serious-minded cult leader from a distant time. He doesn’t crack a smile.

But this is not the kind of studied alpha-composure of the Dhoni/Morgan kind, or the old Mourinho trick of showing nothing after a big win. This is real. It’s stored somewhere private and inaccessibly deep. For years, it’s been a running joke within the New Zealand team. No one can crack him. Perhaps if they win on Sunday, he’ll let it all out. Perhaps.

On the first morning of this two-dayer, Williamson was into the mix inside the fourth over – the 45th time in 72 matches since the last World Cup final where he’s taken guard inside the first five – with Bumrah and Kumar doing terribly suggestive things with their respective new balls. Nick one, miss one, and the whole entourage is going home. Williamson draped his bat over the worst they could summon. He showed the way, and Ross Taylor followed. 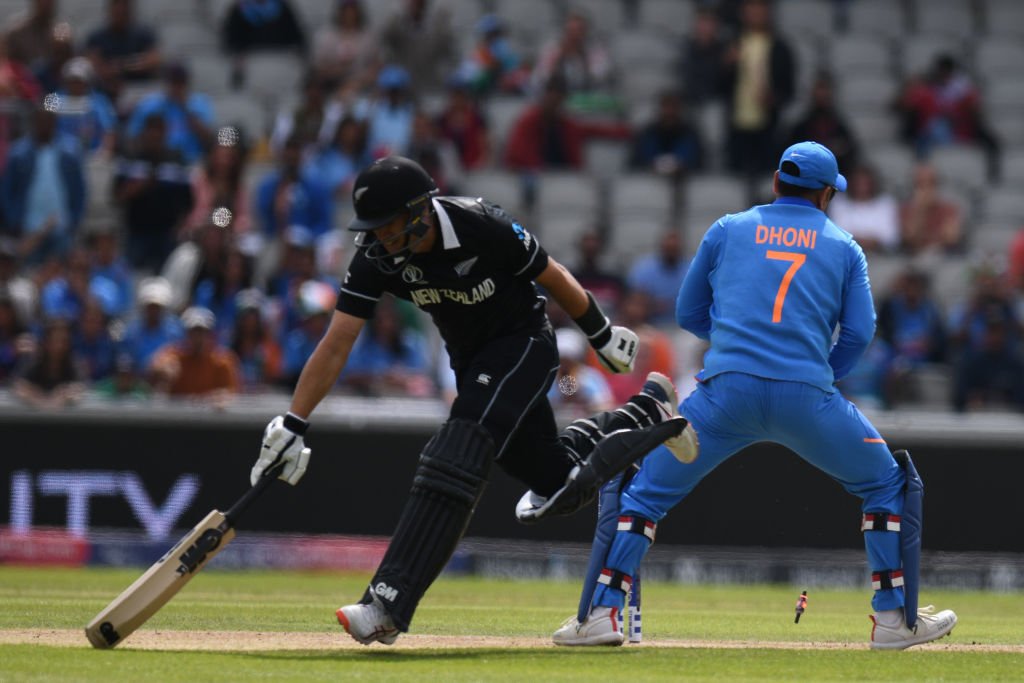 Is this the last time we’ll see MS Dhoni in an India shirt?

Taylor is a joy. On his day, there are few better. The square cut is devastating. The cover drive, hurling hands and body at the ball, is propulsive. The smite over mid-wicket is one of the game’s most iconic shots. The numbers, too, are immense. Yet Taylor is rarely mentioned in discussions about the game’s pre-eminent talents. Other names tend to dominate the headlines, the player auctions, and the advertising space. His 74 here, spread over two days, was a stoic, gritty masterclass.

“More often than not we love being the underdogs,” he told me the other week. “That’s a tag we appreciate having. It’s just who we are, and probably the way that we’re brought up.” And it runs deeper. Taylor reveals that the Kiwis now actively look to position themselves in the slipstream of their more demonstrative opponents. “Yeah, we enjoy it when other teams are pumped up,” he says with a smile, “and we go a long way to try and pump them up.”

Related Story: When Bairstow bossed the Kiwis to seal a semi-final spot – Almanack

And so it begins again. They will likely start the power-play of deflections and effacements as soon as they’re next put in front of the world’s press. And when asked, they will cede the floor, as they have done through all their history. And by Sunday night, they could well be champions of the whole damn world.