With Robert Mugabe finally removed from power, Jonathan Liew argues the time for “acceptable non-compliance” is over and England should resume tours of Zimbabwe.

In her statement reacting to the fall of Robert Mugabe, the prime minister referred to Britain as “Zimbabwe’s oldest friend”. An interesting choice of words, really, considering how few friendships are founded on the basis of white supremacy, land theft, mineral plunder and a century of colonial rule. But that’s mates for  you – always taking liberties!

In another sense, however, it rather encapsulated this country’s complex relationship with its former vassal state: the problem lovechild that it could never completely embrace, and never completely spurn. And perhaps nowhere has that dynamic been more vividly evident than in cricket. 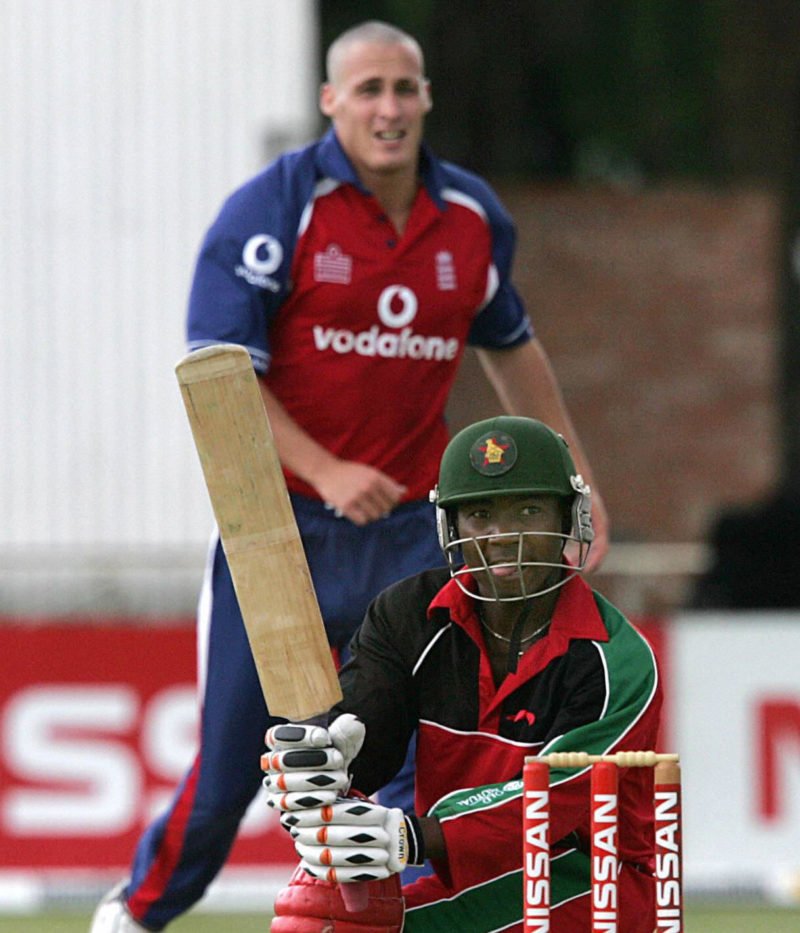 For most of the quarter-century since their admission to the Test world – a move that England was the only Full Member not to support – Zimbabwe have been the third rail of English cricket, an issue that at various points has been dodged, fudged, confronted and of late simply ignored, like a twitching corpse in the street.

It seems remarkable that Michael Atherton’s side of 1996/97 remains the last England team to play Test cricket in the country [see top picture]: a drawn two-match affair perhaps best known for David Lloyd’s assertion that “We flippin’ murdered ’em”. Three years later Zimbabwe toured England, very nearly scraping a series-levelling win at Trent Bridge. And with their golden generation of Heath Streak, Murray Goodwin and the Flower brothers approaching their peak, it could have been the start of one of the great Test cricketing rivalries. 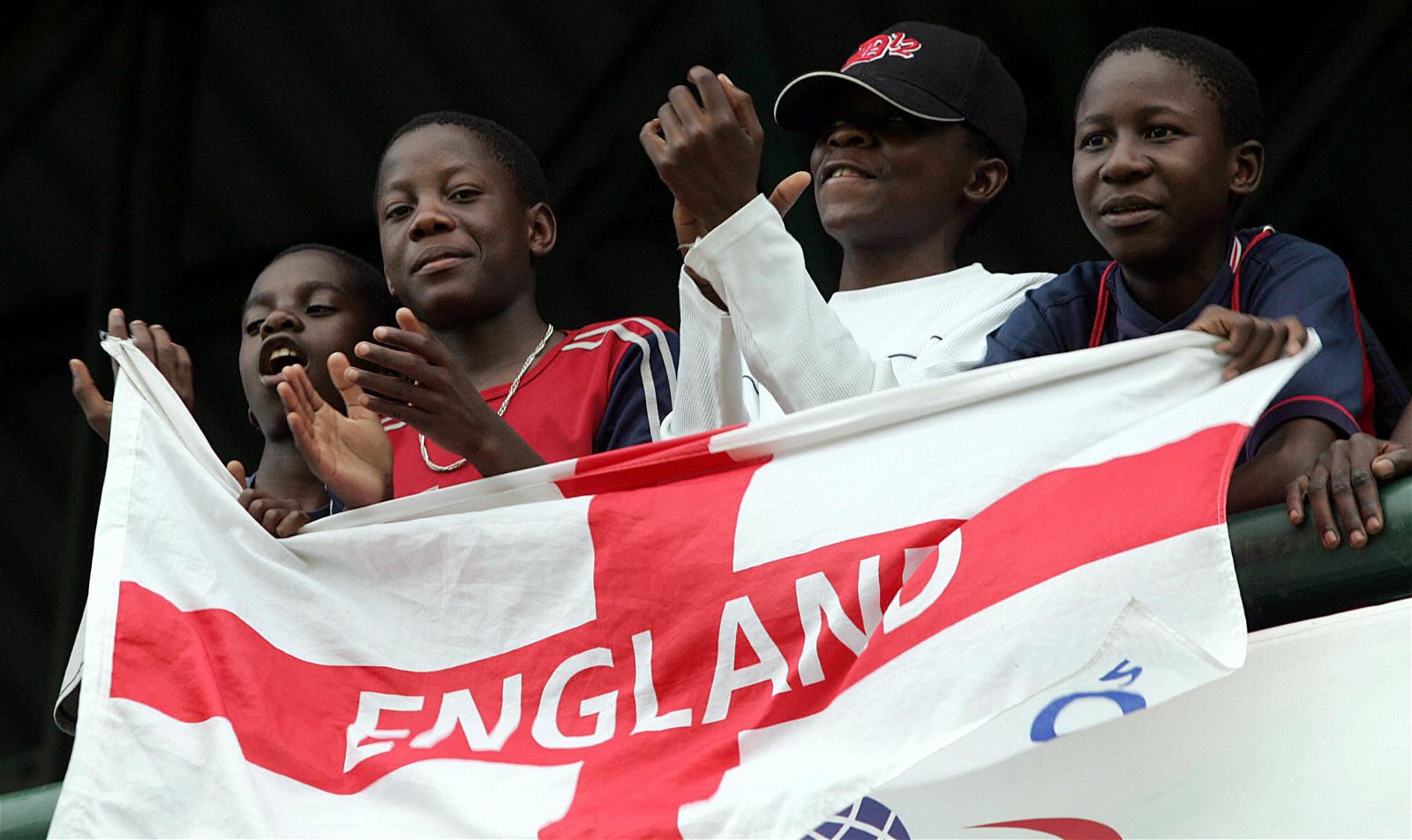 Instead, as Mugabe stepped up his violent land reforms in the early 2000s, politics took over. England’s refusal to play in Harare at the 2003 World Cup, followed by the fraught limited-overs tour of 2004, from which Mugabe tried to ban foreign journalists, marked the beginning of the end of the relationship. Under Gordon Brown’s premiership, British attitudes towards Mugabe began to harden. An honorary knighthood was withdrawn in 2008. That same year, a tour of England was cancelled at the request of the British government. Meanwhile Zimbabwean cricket, penniless and denuded by player exodus, withered on the vine. “Acceptable non-compliance”, as ECB chief executive David Collier put it, became English cricket’s default stance. 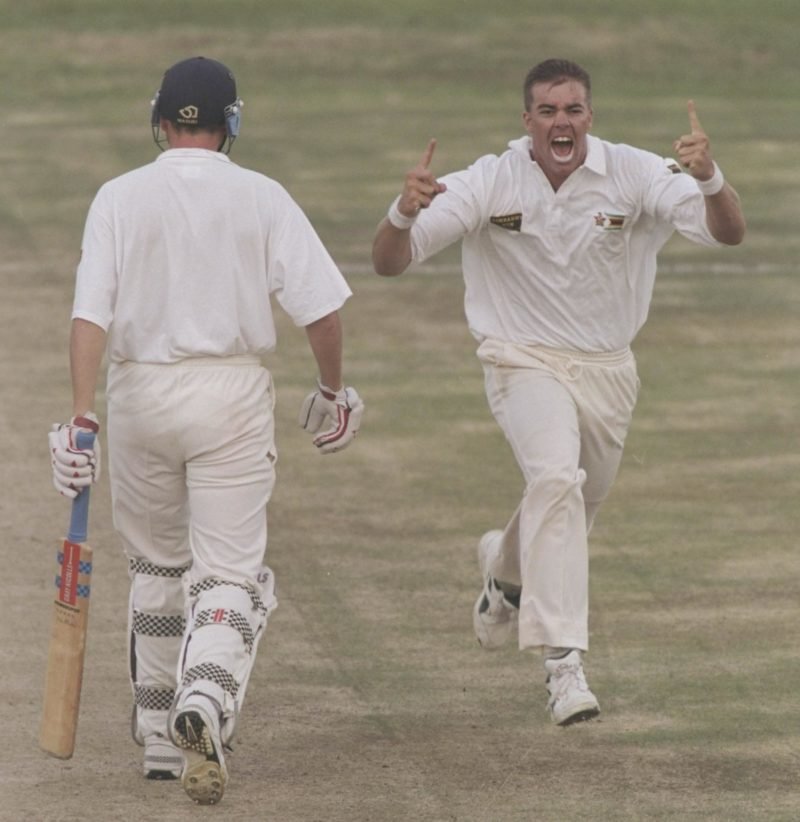 And so it has remained ever since, even as the country’s fortunes have improved in recent years. The rest of the cricketing world moved on from Mugabe long ago: by the time Australia visit next summer, every single Test nation, including Afghanistan and Ireland, will have toured or hosted Zimbabwe in the last three years. Every nation except one. For England, and England alone, Zimbabwe remains untouchable.

Of course, there are legitimate reasons for this. Mugabe’s poisonous legacy, while fading, is still evident. Andy Flower, who paid for his stand against Mugabe with his international career, was England’s coach for five years and remains at the ECB. Gary Ballance’s father was a Zimbabwean tobacco farmer whose land was forcibly requisitioned by the Mugabe regime.

The dethroning of Mugabe removes the single biggest obstacle to a rapprochement, and yet still you sense it will not be enough. Talking to insiders at the ECB, you sense very little appetite for a resumption in relations, not even a Lions or under 19 tour. The introduction of the World Test League Championship in 2019, from which Zimbabwe will be excluded, provides a handy pretext for continued disengagement. And besides, it is not exactly as if the ECB’s switchboards are lighting up with furious English cricket fans desperate for a series against Zimbabwe. The policy of “acceptable non-compliance” – a fancy term for sticking your fingers in your ears – looks to be holding firm.

The dethroning of Mugabe removes the single biggest obstacle to a rapprochement, and yet still you sense it will not be enough

And yet, it is still a policy worth interrogating. The political case for non-involvement is evaporating: last summer, when Zimbabwe toured Scotland, the government happily waved them through. The moral case is arguable as long as England continue to tour countries like the United Arab Emirates or Sri Lanka, who have human rights issues of their own. And the cricketing case weakens with every other country that sanctions a tour. For all their tribulations, Zimbabwe remain a viable Test nation, a team who won more of their first 100 Tests than Bangladesh, New Zealand or India.

Imagine the transformative effect an England tour could have on Zimbabwean cricket. For now, though, it remains a pipe dream, one that, in the face of shifting facts and a shifting climate, increasingly feels like a personal slight rather than anything more considered: a scar that refuses to close over, an indelible grudge that not even the extraordinary fall of Mugabe will be able to displace.