With hosts England set to take on New Zealand in the 2019 Cricket World Cup final at Lord’s, Jo Harman picks out the key duels that could determine who will be crowned champions of the world on Sunday. 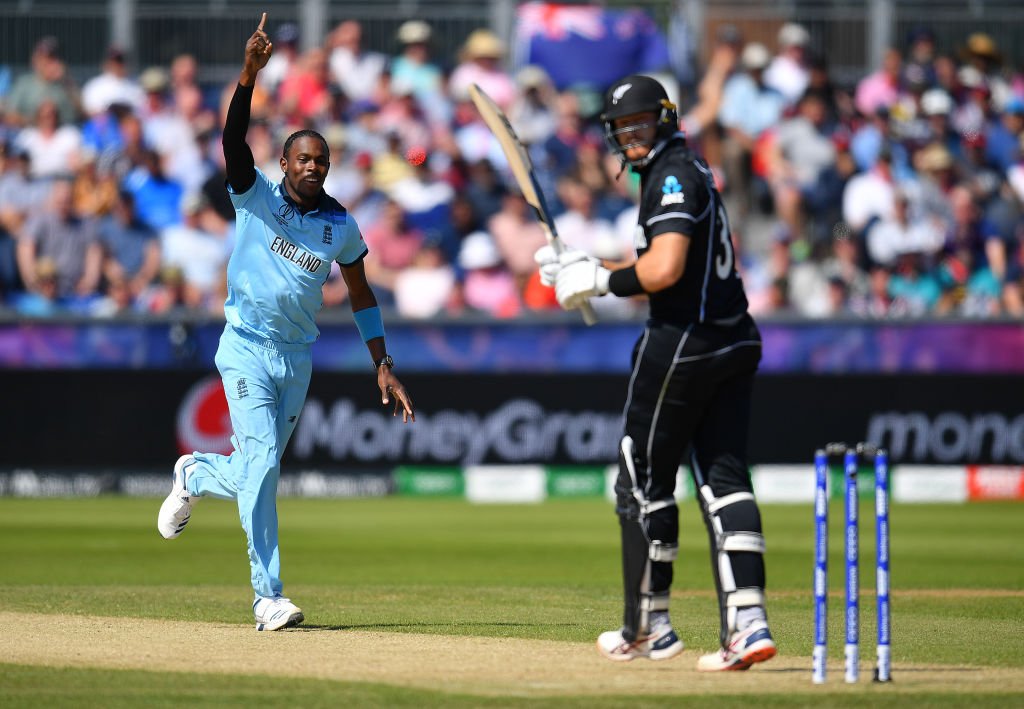 Jofra Archer of England celebrates the wicket of Martin Guptill of New Zealand, will he do the same Sunday?

Not since their opening match against Sri Lanka has a Kiwi opener scored a half-century, a remarkable statistic when you consider how integral opening partnerships have been to the other teams who reached the semi-finals. Martin Guptill, New Zealand’s most dynamic batsman, had a World Cup batting average of 58 heading into this tournament but has found a variety of weird ways to lose his wicket, posting five single-figure scores in his last seven innings.

The numbers of champions? ? pic.twitter.com/aEaBf31PpM

If the Black Caps are to score in excess of 300 against a high-quality attack, they will likely need Guptill to fire. “He’s the sort of player who can go out there and score 100 off 75, 80 balls and change the course of the game,” says Brendon McCullum, his former opening partner.

To do that he will need to get past Jofra Archer and Chris Woakes, who were both exceptional with the new ball in the semi-final mauling of Australia and will test Guptill’s technique in different ways; Woakes predominantly searching for the right-hander’s outside edge, Archer targeting him with the short ball. But if they are slightly off their game, as they were on their last appearance at Lord’s, Guptill, buoyed by his superb run out of MS Dhoni, has the game to capitalise.

England v ‘The Weight of History’ 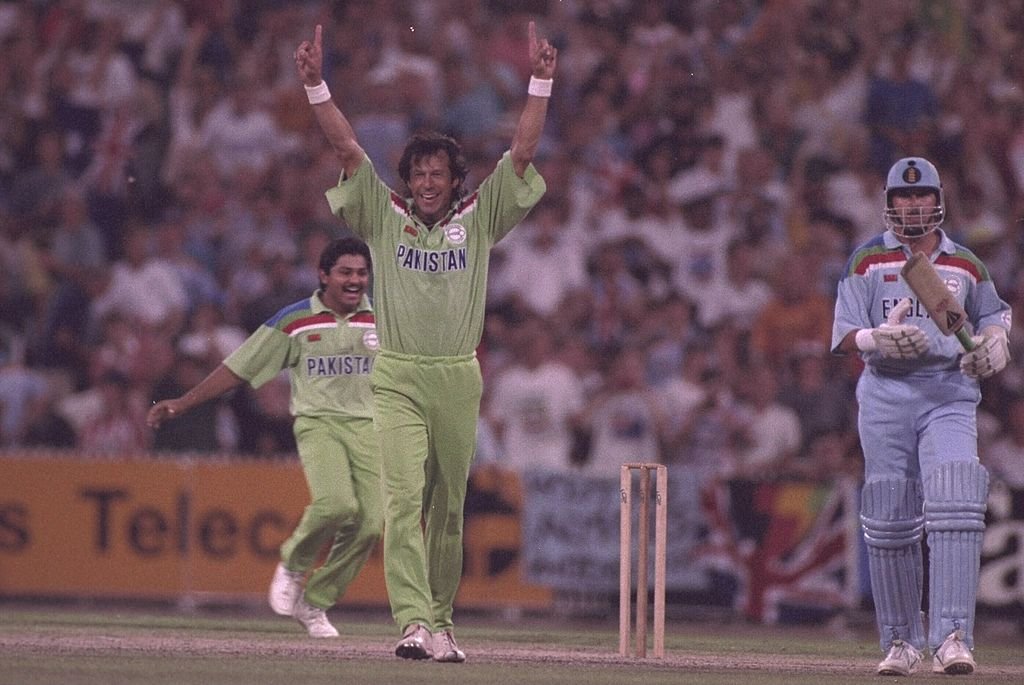 The last time England were in a World Cup final was 1992, when they lost to Pakistan

New Zealand have to contend with this too of course, having reached eight semi-finals without lifting the trophy. But the burden of expectation is on the hosts, who, just in case it hasn’t been mentioned enough, are playing in their first final for 27 years – and, after a deal was belatedly struck, appearing live on terrestrial TV for the first time since 2005.

For England’s players this is a once-in-a-career opportunity; for the game as a whole in this country it is even more significant than that.

“Because he’s so self-effacing, because he’s so pretty, because he’s amenable, because his action is so flawless technically…he does it so immaculately, he has been underestimated…I do love the man.”@Phil_Wisden on @chriswoakes in the latest Wisden Cricket Daily Podcast. pic.twitter.com/WYLFchh9wU

That burden looked too heavy for their shoulders to bear after those successive defeats to Sri Lanka and Australia but the manner in which they have responded since suggests England are embracing their favourites tag as Eoin Morgan assured us they would.

Woakes revealing in his post-match interview at Edgbaston that he wasn’t actually sure when England last appeared in a World Cup final suggests the weight of history is felt more keenly among fans and in the press box than it is in the changing room. 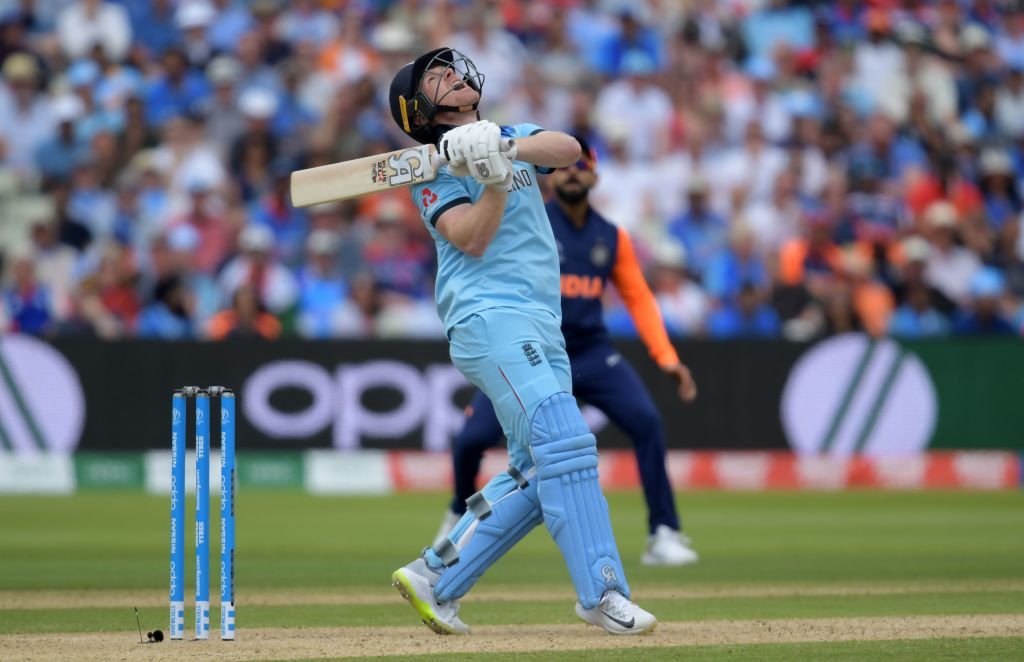 Raw, rapid, with a handlebar moustache, there’s more than a touch of the Antipodean old school about Lockie Ferguson. Alongside Archer and Nicholas Pooran, the right-arm quick has been the breakthrough star of the tournament, taking 18 wickets at 20 with an impressive economy rate of 4.87. Ferguson’s value to the side was perhaps most evident when he wasn’t in it, New Zealand’s attack looking flat when a tight hamstring ruled him out of the group-stage defeat to England.

Expect the Aucklander to be thrown the ball as soon as Morgan arrives at the crease and a barrage of short stuff to follow. Mitchell Starc and Mohammed Shami have exposed the England skipper’s weakness against the bouncer early in his innings and Ferguson will be looking to do the same on Sunday.

The battle of the No.3s 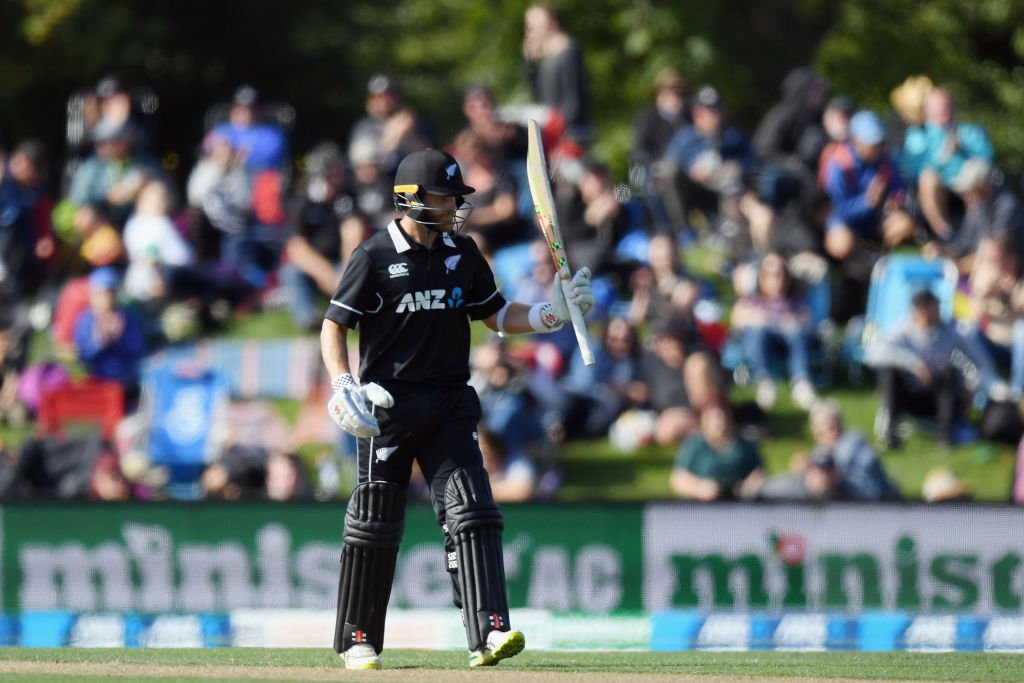 The No.3 and premier batsman in their respective sides, Joe Root and Kane Williamson have had to play very different roles in this tournament. On the last four occasions Root has walked out to bat after the Roy-Bairstow opening partnership has been broken the total has read 128, 160, 123 and 124. On the last four occasions Williamson has arrived at the crease New Zealand’s total has read 5, 29, 2 and 1. The Kiwi skipper may as well be opening.

They have each had to adjust their approach accordingly – Williamson is so crucial to his team’s chances of success that he can’t afford to play with the same freedom as Root – but they have remarkably similar records in this tournament, the Kiwi scoring 548 runs compared to the Englishman’s 549, with the latter having played one more innings. If either or both can score a century at Lord’s, they will leapfrog Rohit Sharma at the top of the run-scoring charts.

The final of the ‘Commentators World Cup’ 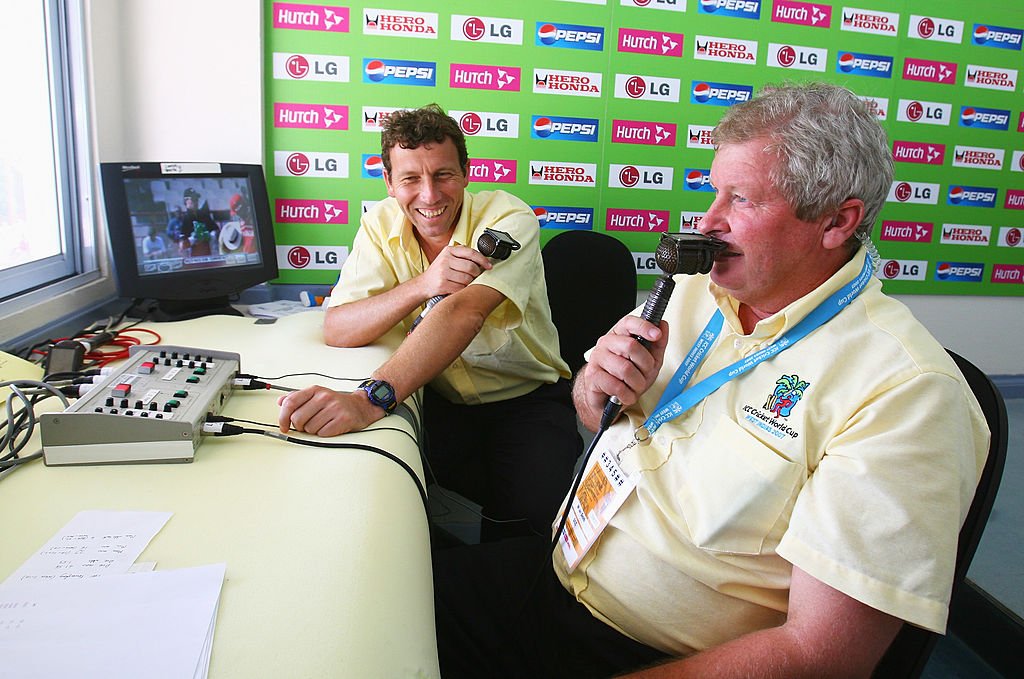 The ICC commentary team has been a bit of a mixed bag in this tournament, in contrast to the BBC’s radio commentary which has generally been excellent. A leaked email from Huw Bevan, the production head of the ICC’s rights partner Sunset & Vince, to Michael Holding – in which Bevan stated “our duty is not to judge or highlight mistakes”, to which Holding understandably responded with accusations of “censorship” – raised serious concerns and left a bad taste in the mouth, but two commentators who you know will always say it as they see it are Ian Smith and Mike Atherton.

Smith’s calling of the climax of New Zealand’s semi-final against India was right up there with Benaud at Edgbaston in 2005 and Bishop at Eden Gardens in 2016 for mastery of the craft, while Atherton continues to describe the game in a more insightful yet accessible manner than any other commentator around. It’s fitting that the countries of the two best commentators at this World Cup should face off in the final. A tight finish with Smith and Atherton on the mic would be the perfect way to round things off.