Phil Walker, editor-in-chief of Wisden Cricket Monthly, debates whether a dearth of cricket on free-to-air TV is to blame for a tepid reaction to the Cricket World Cup and crippling factions within the game.

Maybe it’s the company I keep, but I’ve yet to sense much energy for this World Cup among the folks I tend to knock around with. I was at my sister’s wedding on the day that Bangladesh were swamped by Jason Roy, and did a straw poll of the people there. A couple of oldish chaps, big sports fans, were aware of it and knew their stuff, one of them bemoaning the fact that he couldn’t watch it in the pub we were in. Elsewhere, blank faces, smirks, shrugged shoulders. It’s a familiar story: my girlfriend works in an office of 45 people. There’s been no mention of it so far.

Admittedly a hipsterish crowd in north London is not cricket’s most fertile breeding ground. Despite what the ECB want us to believe, cricket is not for everyone. And I know many people, incidentally, who would be happy for it to stay that way. Not everybody obsesses over growth; not everyone wants to see their favourite thing picked apart by the masses. Cricket’s elusiveness can be part of its attraction; the complexities inherent to the game are part of what makes it so extraordinary. 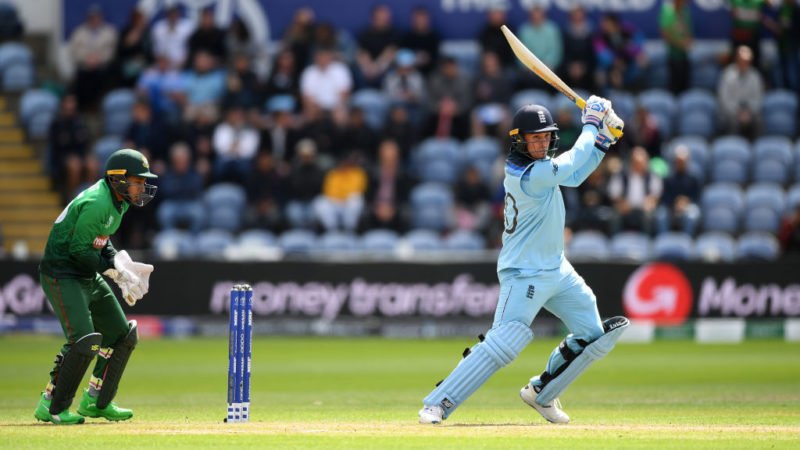 Still, a wedding crowd in a Walthamstow pub is one thing. An active cricket club is something else again, and not for the first time, I’ve been struck by the space that exists between those who watch cricket and those who play it. The great cricket journalist and advocate Christopher Martin-Jenkins was one of the first to observe a distinction that is very much in evidence at my club, where the World Cup, just as with big Test series from the past, appears to be taking place outside their immediate consciousness. The club itself is their way in to cricket; the pageantry of the professional game rarely intrudes.

Is it too crude a measurement to identify the two demographics as the pre- and post-2005 generations?

There is also a clear divide at my club between those in their teens and twenties, and those of middle age and upwards. Indeed, our secret cricketer has noticed a similar split in his own county dressing room. Is it too crude a measurement to identify the two demographics as the pre- and post-2005 generations? That year being simultaneously the summer to end all summers, and the summer to end all live cricket on free-to-air TV.

It remains English cricket’s great existential question. Without Sky’s money, the game would unquestionably be much poorer financially. Many county clubs would be hanging on for dear life, if they hadn’t already fallen off the cliff. The grassroots game would be even more hand-to-mouth than it currently is. Chance to Shine would not be funded to the same degree, women’s cricket would not have progressed as it has done.

There is also the point that for those people already into cricket and prepared to pay for it, Sky’s coverage has taken understanding of the game to a different level; I can still recall Gary Neville in Wisden Cricket Monthly marvelling at the level of insight and detail his colleagues across the house went into.

It has been hard to escape the sense that if there are hordes of impressionable young fans out there, they’re currently stuck outside the bubble

Executives at Sky are fed up with being seen as the bad guy, with one telling me of his despair at being cast as cricket’s “drug dealers”, ferrying dirty money around, when in reality the game was crying out for an organisation with heft to back it. They argue that without Sky’s money, which will have climbed up to £2bn worth of investment by the end of the next rights deal in 2024, the game would be impoverished. They will add that the way that young people consume their media these days has evolved, and point, with good reason, to the offers available to non-subscribers, with the chance to watch an entire summer of cricket for £100, and a full 24-hour pass to all their channels for £8.99.

But they’ll also acknowledge, in their quieter moments, that there is more to it than simply throwing money at a problem that goes way beyond financial clout. It was dispiriting to hear the news that across England’s first three games of the tournament, Sky‘s audience averaged out at 550,000, topping out at 1.2m for the conclusion of the Trent Bridge game against Pakistan, as opposed to the 6.1m people who watched England play their first match of the Women’s Football World Cup on the BBC. 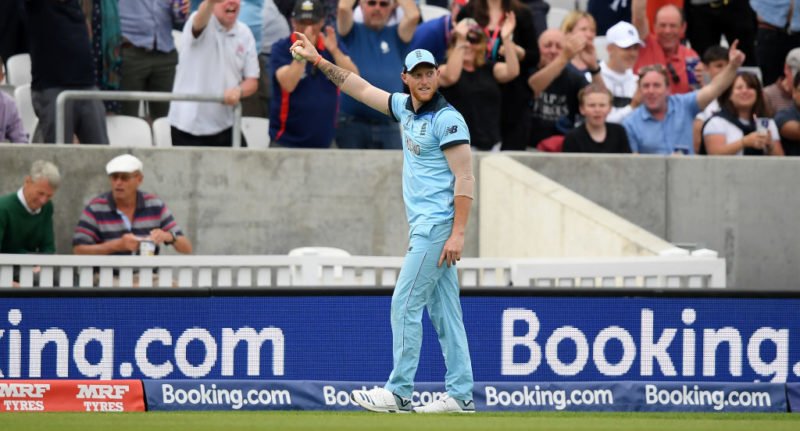 Compounded by Channel 4 scheduling various highlights packages well after the witching hour, it has been hard to escape the sense that if there are hordes of impressionable young fans out there, they’re currently stuck outside the bubble.

So let’s imagine that England get to the final, and that they play India, West Indies or Australia in the sunshine at Lord’s. And let’s imagine that the game has been given over for free – that the nine-quid-for-a-day offer is waived, just for one day – and the showpiece is opened up to a few million new pairs of eyes, folks who have heard about this game, seen the odd photo in the paper, perhaps even caught some clips on the BBC’s website, and now that England might actually win it, have tuned in to see what all the fuss is about.

And let’s imagine that Ben Stokes plucks a one-hander out of the air to win it. And now let’s imagine the impact that very moment would have on the game’s future. It can’t be beyond the wit of man to find a way.

This article is an edited extract from issue 21 of Wisden Cricket Monthly. Subscribe here