With the news that Moeen Ali has been recalled to the Test team, England will field two frontline spinners together at home for only the fifth time this century. It’s not before time, writes Phil Walker.

Last week against Yorkshire, Moeen Ali splayed a double hundred and ragged it square for six second-dig wickets. A world-class show for a workaday scene, played out to a murmur of unsuspecting lifers. Worcester got themselves a win, and a bit of breathing space at the bottom. It’s great when county cricket reveals such gems. The mundane given its beautiful due, as John Updike never quite said about the four-day game.

(Incidentally, the nature of the feat and the identity of the bloke who performed it brought to mind another one-man show. The upcoming new issue of The Nightwatchman is a Yorkshire-Lancashire special, and inside is some good stuff on the only four men in history to have hit a hundred and taken a five-for in the same Roses match. Of those four, only one has done it twice. You’re there already, right? Adil Rashid it is, in 2009 and 2014.) 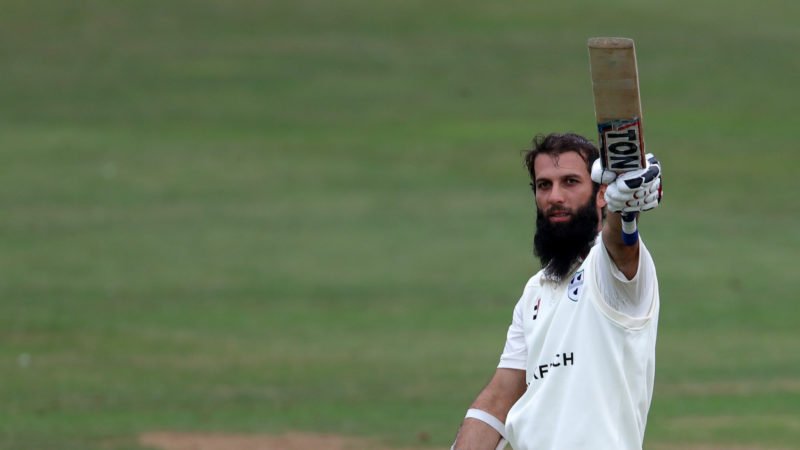 Anyway, Moeen would have been thankful for the cricket. Three Tests into the series against India – against whom, in his debut series in 2014, he took 19 wickets in four Tests, including an eight-for at Southampton – and three times he’s been overlooked for the final XI. Stuck on 50 matches, he hasn’t played a Test since March. That Ashes series extracted a heavy toll.

It’s now been announced, however, that Moeen will play in the fourth Test, joining Rashid in a two-pronged spin attack. Good. England very rarely field two spinners in a home Test match (only four times this century), but then these are daring times. One only hopes that by giving their leggie another spin option to work with, the ECB knows what they’re doing to Adil and the county game.

But back to Moeen, who will play his first Test of the summer. Considering that with the ball over here he averages a tick over 33 – and that he also happens to average 39 with the bat – it’s a peculiar quirk of selectorial doublethink that on home soil he’s not an automatic selection. 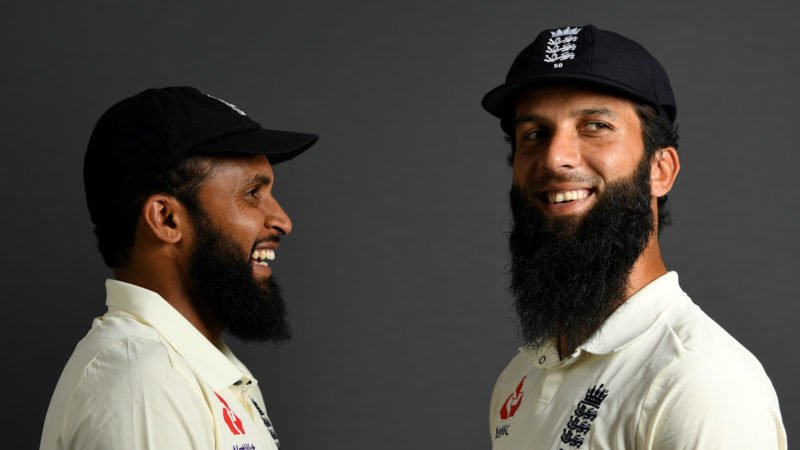 England will field both their spinners in the fourth Test

Still, for all that Moeen’s record in England is quietly immense, there remains, buried residually in the depths of the English spinner’s collective psyche, a few mutterings of distrust. He may have been the Man of the Series against South Africa last summer, a prominent performer against Pakistan the year before and an Ashes winner in 2015, and yet Moeen Ali is still perceived, in some quarters, as a curio: not quite the potent yet reliable off-spinner that so suits the English sensibility, and not quite the middle-order stick-on that this line-up so clearly needs.

Graeme Swann (who incidentally averaged 29 in England, just four runs fewer per wicket than Moeen) perhaps unwittingly gave voice to this perception in an interview with Felix White in the new Wisden Cricket Monthly.

The interview forms part of a larger piece, in which White speaks to five other former England spinners, from Robin Hobbs to Monty Panesar via Phil Tufnell, Ian Salisbury and Min Patel. The stories circle around their first acts in an England shirt, notions of survival, and the outsiderish brotherhood that, in the main at least, appears to unite them. 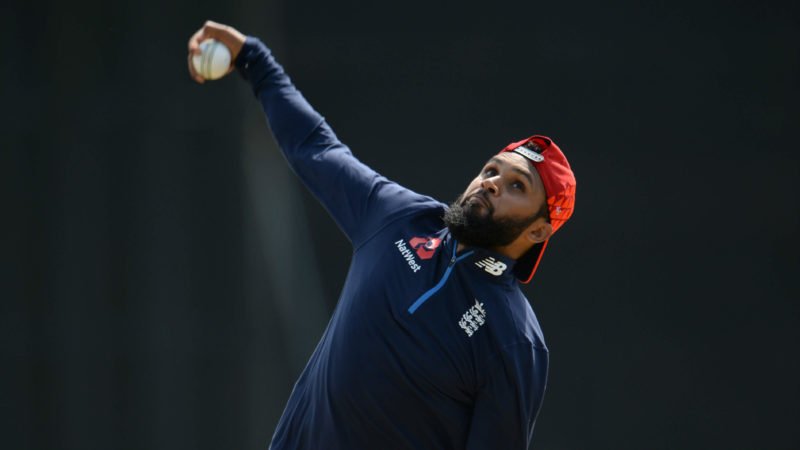 This is what Swann said:

When Moeen Ali first came in, he bowled brilliantly against India. I said, ‘Mate, unbelievably well done last year’, he said, ‘Yeah but I know it’ll be trickier for me this year because people have seen me bowl now’. F***ing hell, you’re screwed. He has been ever since. It’s why he’s not the bowler he could be, he’s too hard on himself…

He was trying to be generous, I think. But shooting through praise with accusations of over-sensitivity feeds this idea (“he’s not the bowler he could be”) that when all’s said and done, Moeen’s not made the most of what he’s got.

It’s worth noting that Swann subsequently changes tack, suggesting that Moeen is “still England’s best bet” because “he’s not really been coached”. Untutored, he’s able to give it an unadulterated “rip”. Rather like Swann himself, of course, who despite coming up through a system that teaches you “to not really spin it”, was able to defy the coaches and have a successful Test career. 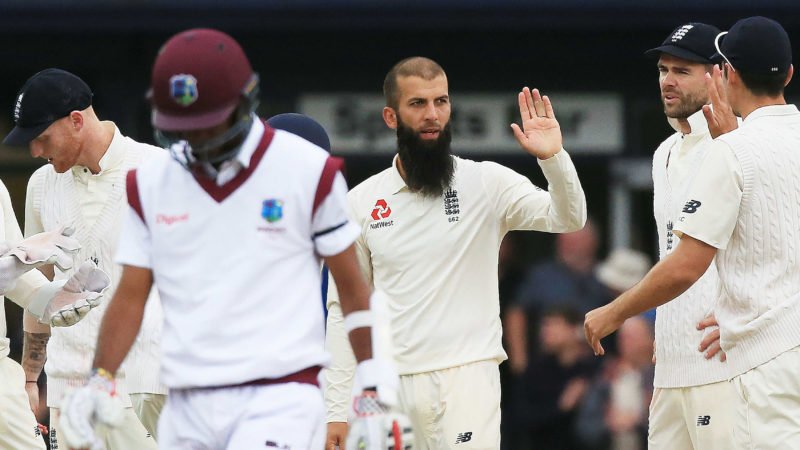 Swann is right to point out that Moeen came to off-spin late, that he was a batsman and a part-time golden arm who did it for fun. In his first half-decade as a professional cricketer, he averaged two wickets per season, before he got too good at it to keep as a sideline. It wasn’t long before the paucity of other spinners around the English game saw Moeen thrust into a role for which, unlike others, he’d had little preparation for.

Related Story: Quiz! England players with a test wicket in Asia since 2010

Still, the part-timer now has 133 wickets to go with his 2,500 runs. Numbers that speak for themselves. He’s just turned 31. He knows his game inside and out. In a year in which England’s Test team has already given debuts to three new spinners – none of whom are playing in this series – they’ve returned to the man they should never have doubted in the first place. Now, for the first time on English soil, Moeen Ali and Adil Rashid, gifted outliers both, are in it together.