Despite back-to-back fifties, there is little evidence to suggest MS Dhoni has overcome the issue of sluggish starts, which has plagued him in the latter part of his ODI career, writes Yas Rana.

A six off the first ball of a run chase’s final over to kill the game and bring up a half-century is vintage MS Dhoni.

After Virat Kohli’s 39th ODI ton set up the victory in the second ODI, Dhoni’s undefeated 55 off 54 balls ensured India levelled the series against Australia with a game to go, securing a six-wicket win after Shaun Marsh’s century and Glenn Maxwell’s cameo had set the tourists 299 to win.

After a barren 2018 in the format – Dhoni averaged just 25 with a high score of 42* from 20 ODIs – consecutive fifties in the current series signal a return to at least some kind of form. But as welcome as those runs may be, they don’t dispel the concerns raised about Dhoni’s ability to adapt to the pace required in modern ODI cricket.

In the first ODI, Dhoni hit 51 off 96 balls in a losing cause. The mitigating circumstances of India finding themselves 4-3 have to be taken into account, and Dhoni and Rohit Sharma did help India rebuild and give them a chance of chasing 289. It would be harsh to say Dhoni lost them the game, but it was another slow innings in a stalled chase.

"The opposition has to be taken into account. Dhoni is batting against a second-string attack of a team who have won just four of their last 23 completed ODIs"
This time in Adelaide, before a late-innings acceleration, Dhoni found himself on 17 from 29 balls. With the run rate not yet spiralling, perhaps the caution was justified – the eventual result adds weight to this. But there’s a sense that Dhoni would have approached the situation the same had India needed 180 off 20 when he entered, rather than 140.

As frustrating as his lack of boundaries at the start of an innings can be, it needn’t be terminal. He doesn’t need to take risks when he starts his innings, he just needs to rotate the strike more regularly.

Throughout his career, Dhoni has often taken it upon himself to forgo risk and take a chase deep. But in the past, when he often found himself chasing sub-300 totals as he has done against Australia, the risk-reward gamble was balanced in his favour and he was able to catch up and see games through. 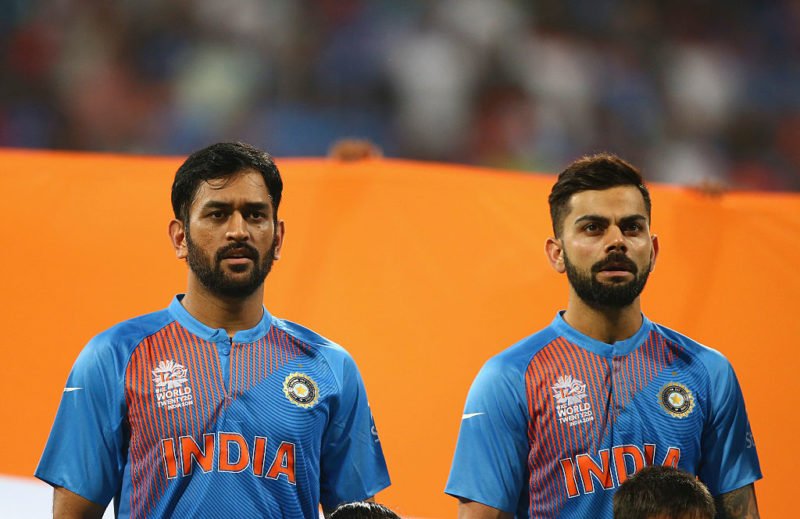 These days, slow starts can be fatal, and considering India’s comparatively long tail in white-ball cricket, there is still a heap of pressure on India’s No.6 to see his side home.

The opposition has to be taken into account, too. Dhoni is batting against a second-string attack of a team who have won just four of their last 23 completed ODIs.

Without Mitchell Starc, Pat Cummins and Josh Hazlewood, the four frontline bowlers had just 21 caps between them going into this series. Against an attack this inexperienced on pitches this good, chases between 280 to 300 should be comfortable for a side bidding for World Cup glory.

Related Story: Virat Kohli on quitting Test captaincy: ‘I got a text message from only one person… MS Dhoni’
We all know that few are as cool as Dhoni in a run-chase. But recently, and even today, he has been more becalmed than calm. While he has batted fairly well during this series – he has been dismissed just once for his 106 runs – he is no closer to dispelling doubts about his ability to contribute to posting or chasing monster scores against the high-calibre attacks, which is what is required if India are to win this year’s World Cup.