With England’s Ashes drubbing complete, Wisden columnist David Lloyd considers the make-up of the squad for their next Test series in New Zealand. “Enter Jack Leach,” he says, while it’s time up for the misfiring James Vince.

Australia have emphatically taken back the Ashes and on this showing it could be a while before England win them back. Home advantage in Test cricket is everything – we’ve seen that with eight of the last nine Ashes series being won by the home side – but the 2019 series will be much closer than what we’ve seen of late. Australia look too powerful and right now they will be planning for 2019. They planned for this series very well and if they can keep this squad together, and crucially keep their fast bowlers fit, they will be very hard to stop.

Australia completed a 4-0 series victory at the SCG

England’s selectors will now start thinking about the tour party for the two-Test series in New Zealand in March. Enter Jack Leach. I think back to past series and Daniel Vettori and Phil Tufnell, left-arm spinners like Leach, have done well there. I don’t see what’s wrong with Leach – it’s a complete mystery to me why he’s not been picked already. He keeps getting a shed-full of wickets and he reminds me so much of Rangana Herath. He’s not a batter, he’s not a fielder but he’ll bowl all day for you and he gets people out. I would say that Leach is the best spinner in England.

He’s not a batter, he’s not a fielder but he’ll bowl all day for you and he gets people out. I would say that Leach is the best spinner in England

We seem to be obsessed with the fact that spin bowlers have got to bat. Herath doesn’t bat, Murali wasn’t any kind of batsman. If Leach can get people out, he’s good enough to play, and he’s shown he’s good enough to play by taking stacks of wickets for two years. I would play Moeen Ali as a second spinner. He’s absolutely fine in England but it’s pretty apparent that when he goes abroad he’s better suited to a support role.

It’s also a good opportunity to get a new quick bowler in. I’m thinking of Richard Gleeson of Northants, Warwickshire youngster Olly Stone and George Garton, the left-arm quick at Sussex. The seamers picked for the Ashes didn’t have enough variation and you’ve got to have greater vision when selecting a squad. Take Tom Curran, who’s a decent cricketer. But he was added to the squad when Steven Finn got injured and he’s absolutely no different than Woakes, Ball, Anderson or Broad. He’s more of the same: 83mph tops. So you’ve got to identify the lads who can get the ball down quickly. 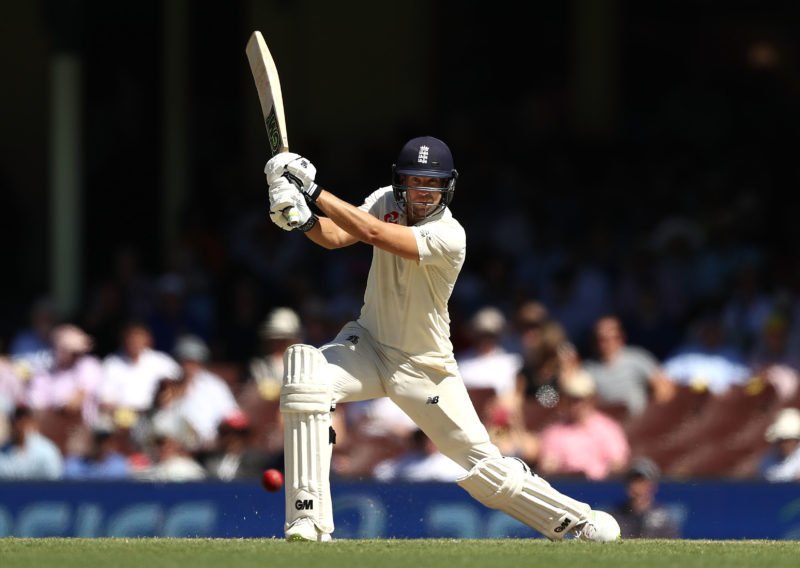 Dawid Malan was England’s leading run-scorer in the series

On the batting front, James Vince is obviously looking over his shoulder. He knows it’s an opportunity missed and it’s probably time up for him now. That said, a very esteemed Australian broadcasting colleague of mine says he would stick with Vince. As ever, it’s all a matter of opinion, but if he does get picked he’s in the last-chance saloon.

I expect they’ll stick with Mark Stoneman. He’s a whole-hearted lad who’s battled it out at the top of the order against Cummins, Starc and Hazlewood and he’s a solid character. I think it’s too soon to jettison him just yet.

Dawid Malan, the third newish face in the top six, was one of the few success stories of the tour. He’s been terrific and arguably looked their most assured player. There’s talk about him moving up to No.3. Well, you talk to him. Where does he feel comfortable? Joe Root, the captain, doesn’t fancy that position, but Malan might say, ‘Yeah, I’d like to bat three’. That’s a conversation they need to have.

A very esteemed Australian broadcasting colleague of mine says he would stick with Vince. If he does get picked he’s in the last-chance saloon

It must have been tough for Root, watching his opposite number Steve Smith scoring so many runs while he failed to score a century in the series. Root’s an excellent player – a brilliant player – but to be a world-class player you need to be scoring hundreds, and he’s not been doing that. He should come out a stronger player from what’s been a very difficult tour. He’ll need to be back to his very best for what will be another tough test in New Zealand.

I was up at Accrington on Saturday to watch us play against Chesterfield – Geoff Miller’s lot. He asked me how it was going and I was happy to tell him it finished 4-0. We’d had a wobble, losing four on the bounce, but now we’re up to fourth. We played some good stuff.

We’re into the transfer window now, so watch this space. We just missed out on Coutinho – he had a late change of heart and decided to go to Barcelona at the last minute – but we should have some new players coming in.

Bumble was speaking to Jo Harman