Sri Lanka captain Dimuth Karunaratne praised the way his team bounced back from recent disappointments after strolling to a historic 2-0 Test series win in South Africa – the first by an Asian team on South African soil.

The visitors cruised to an eight-wicket victory in the second Test in Port Elizabeth after Kusal Mendis (84*) and Oshada Fernando (75*) hit half-centuries and shared an unbeaten 163-run third-wicket stand to make short work of the 197-run target.

“It’s really a great feeling. Not easy when you come to South Africa to win a series,” said Karunaratne. “Lot of hard work, we did really well, enjoyed a lot and that’s why we created history.”

He added: “I think the tours of New Zealand and Australia were really tough, we learnt a lot. The players wanted to do better for the team and for themselves. They realised what to do and what not to do, and that’s why we are here.” 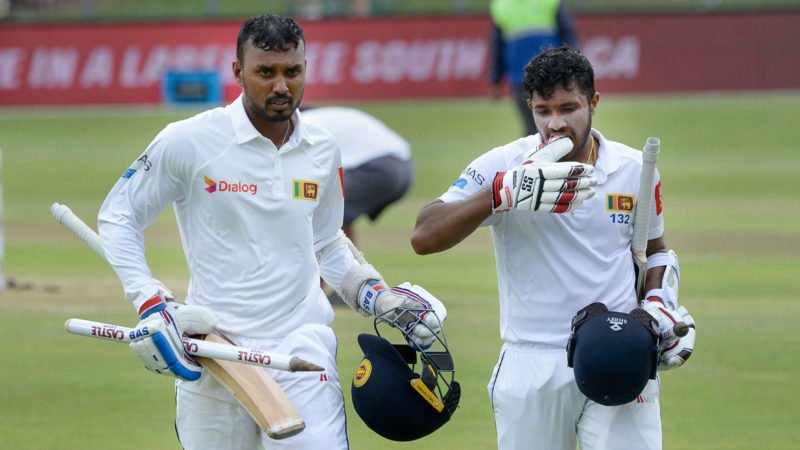 The victory was all the more impressive given the absence of their two most experienced batters, Angelo Mathews and Dinesh Chandimal, as well as key fast bowlers.

In their place, Sri Lanka selected a host of uncapped and inexperienced cricketers. Lasith Embuldeniya, the 22-year-old left-arm spinner, picked up 5-66 on debut in Durban, while Fernando, playing only his second Test, hit the winning runs at Port Elizbaeth. Vishwa Fernando – a fast bowler with only three Test appearances under his belt prior to this tour – also impressed, picking up eight wickets in Durban.

When Sri Lanka conceded a 68-run first-innings deficit, standout performances from their fledglings helped wrest back the initiative.

“I want to thank the youngsters, like Vish [Vishwa Fernando], Embuldeniya, Oshada,” added Karunaratne. “Then with the bowling, Kasun [Rajitha], Suranga [Lakmal] – all put their hands up. First-innings batting is a concern, we were behind the game at all times, but came back really well thanks to the bowlers.” 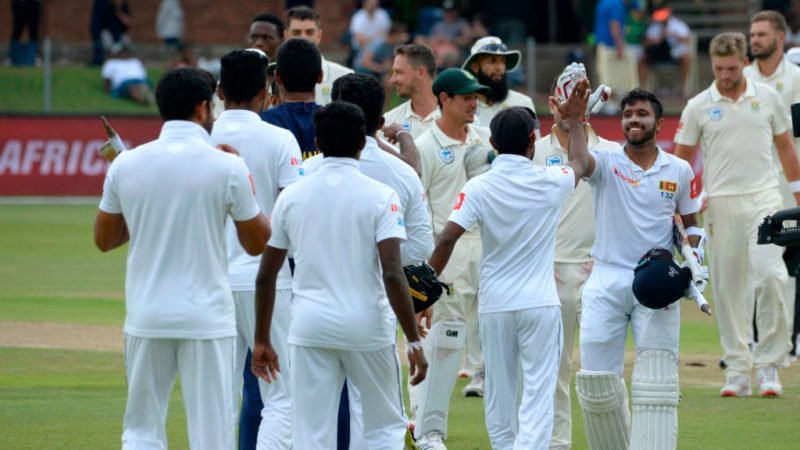 Sri Lanka came into this series having lost to Australia and New Zealand on tough away tours but a sensational one-wicket victory in the first Test, scripted by Kusal Perera’s magnificent 153* as the tourists chased down 304, put a spring back in their step.

Perera was chosen as Player of the Series for that knock but the left-hander was modest in his assessment, saying he only played his natural game.

“Normally, coach tells me to just back myself and play my normal game. That’s what I do, try and play to my strengths. I know if I do that, I will get the results – 2-0, I’m really happy,” Perera said.

Faf du Plessis, the South Africa captain, said the defeat was among “the most disappointing” the team have suffered. He put the blame squarely on the batsmen. 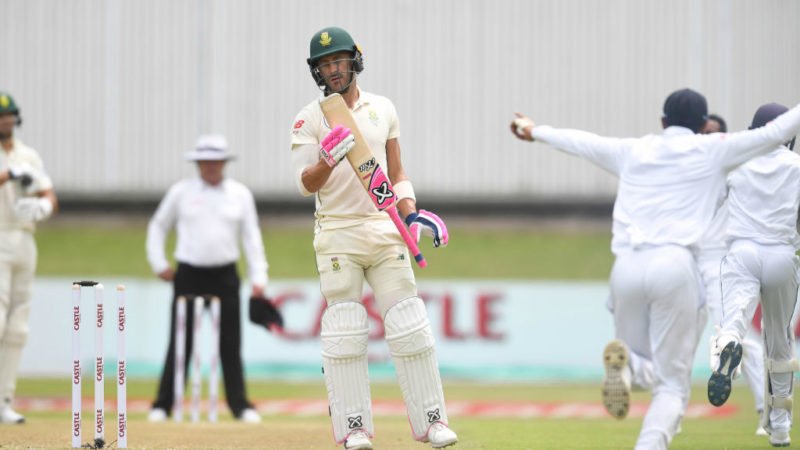 Du Plessis said his batsmen were culpable for the defeat

“We were poor with the bat right through the series,” said du Plessis. “Both teams underperformed with the bat on two pitches that were conducive to scoring runs.

“No fingers to be pointed at the wicket, they bowled well. The biggest disappointment lies within the team – 99 percent of our dismissals were soft judgment errors and that’s only fingers pointing back at ourselves.

“Up until this Test series, we were playing well at home, positive and aggressive. Last two Tests, we weren’t on as a team. End of season, perhaps the guys were mentally a little bit off. But again that’s no excuse.”