Sri Lanka’s current Test captain Dimuth Karunaratne is being considered as their potential skipper for the upcoming World Cup in England later this year.

After Sri Lanka’s comprehensive 5-0 ODI series defeat at the hands of South Africa, the Sri Lankan hierarchy are reportedly eyeing up Karunaratne to take over from Lasith Malinga in the role. Sri Lanka have won just one of their last 15 games in the format.

Speaking to ESPNcricinfo, Karunaratne revealed that he had been spoken to by the Sri Lankan selectors about that exact possibility. Karunaratne said: “The selectors haven’t confirmed anything, but they’ve told me to keep in mind there’s a possibility I could become one-day captain.”

Karunaratne’s statement came a day after Sri Lanka’s chief selector Ashantha de Mel said that he wanted “to see what Dimuth did for the Test team, with the ODI team” in an interview with Sunday Times last week. 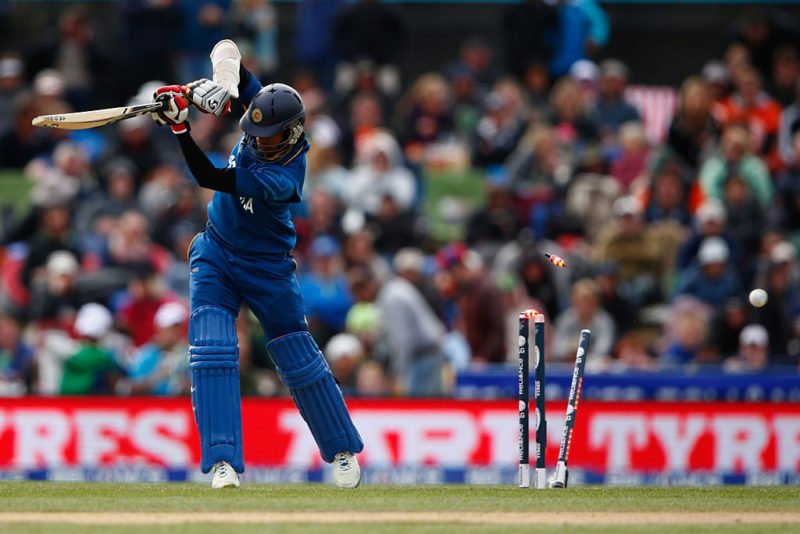 Handing the reigns over to Karunaratne would be somewhat of a left-field decision. Despite being one of the most consistent opening batsman in Test cricket in recent times – no opener scored more than his 743 runs in 2018 – Karunaratne hasn’t played an ODI since the 2015 World Cup.

Karunaratne, who was due to play for Hampshire for the first half of the 2019 season, is already set to miss at least some of that period. He’s been asked to stay in Sri Lanka and compete in the remainder of the provincial one-day tournament. If selected for the World Cup, Karunaratne would likely miss the entirety of his planned stint with the county.

“They’ve asked me to stay back for the provincial tournament,” he confirmed. “If I get picked for the World Cup squad, there will be camps and training after that as well, so I might not be able to go to Hampshire in those months.”

Hampshire’s County Championship season starts with a home fixture against 2017 champions Essex at the Ageas Bowl.