A round-up of the best cricket-related Tweets and Instas from the last week.

The continuous Australian middle-order selection merry-go-round in both white-ball and red-ball cricket caused a stir on social media this week, with some of the players unlucky to miss out not shying away from commenting themselves.

Meanwhile, back in Blighty, Stuart Broad looked like a burglar after he forgot his house keys, forcing him to climb a ladder to get onto his roof.

It wasn’t even his own ladder. As Broad’s Instagram Story showed, he borrowed one from nearby builders. 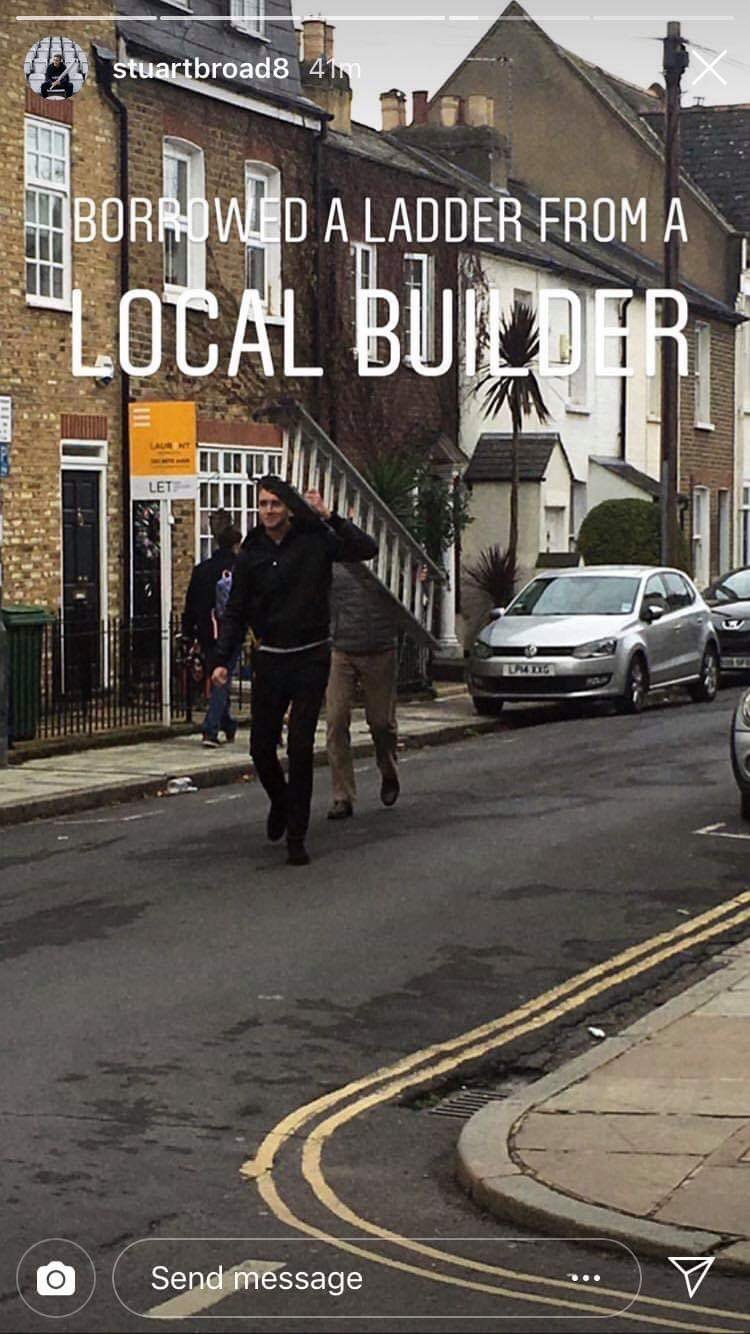 Glenn Maxwell, who has been left out of the Australia Test set-up despite his impressive recent first-class record, poked fun at current Australia coach Justin Langer when a clip of him reaching a hundred with a reverse sweep was shared on Twitter.

Chris Lynn was left out of Australia’s recently named ODI squad despite leading the run-scoring charts in the recent JLT Cup. He expressed his opinion on the decision with a simple GIF.

Shane Warne, as opinionated as ever, expressed his displeasure with Australia’s ODI squad announcement.

These ridiculous selections must stop in all forms of Australian cricket – end of ! ?

Just saw the Aust ODI squad that was announced & was absolutely staggered at some of the players that were left out & some of the inclusions – they don’t make any sense whatsoever. I was asked by @foxcricket to give my team – so here it is ! Thoughts ? Agree ? pic.twitter.com/4e6OMWWCWO

Related Story: ‘One good dig’ – Australian pundits ‘baffled’ after David Warner awarded Player of the Series
Tim Paine has garnered more attention with his verbals behind the stumps than with his runs during Australia’s current series against India. One particular line where he asked Rishabh Pant to babysit his kids was brought to life when Paine’s wife, Bonnie, posted this photo of Pant with their children on her Instagram Story.

Tim Paine to @RishabPant777 at Boxing Day Test: "You babysit? I'll take the wife to the movies one night, you'll look after the kids?"