Prithvi Shaw has been ruled out of the rest of India’s series in Australia while Mayank Agarwal and Hardik Pandya have been called up to squad.

Shaw, who burst onto the international stage with a breathtaking hundred on Test debut against the West Indies earlier this year, was set to resume his role as an opener in Australia before he injured his ankle in India’s warm-up game for the series in Sydney.

Although there were hopes that he would return to the side for the Boxing Day Test in Melbourne, it was confirmed today that Shaw will return to India to recover from the injury. 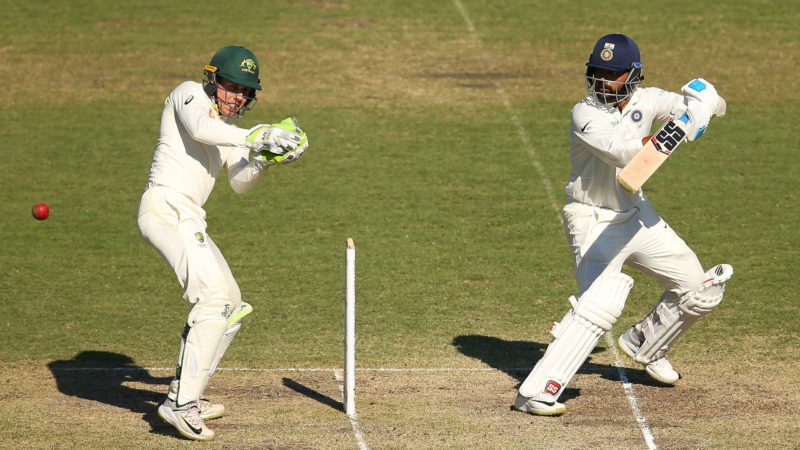 Murali Vijay has struggled for runs so far this series

The uncapped Mayank Agarwal is being flown into Australia as Shaw’s replacement. Agarwal, an opener himself, has featured regularly for India ‘A’ this year and has an impressive career first-class average of 50.30.

Related Story: Despite his many baffling omissions, the Shaw must go on

India’s opening pair of KL Rahul and Murali Vijay have struggled for runs so far this series, mustering up just 97 runs between them across eight innings. Vijay’s place in the side might be particularly vulnerable. He was dropped after just two Tests during India’s tour of England earlier in 2018 having scored just 26 runs in four innings. Age is also not on Vijay’s side as the right-hander turns 35 in early 2019.

Agarwal isn’t the only addition to the India squad as all-rounder Hardik Pandya is set to join him in Australia too. Pandya, who picked up an injury during India’s Asia Cup win over Pakistan in October, made an impressive return to action for Baroda in the Ranji Trophy over the weekend.

Related Story: Despite his many baffling omissions, the Shaw must go on

Pandya took 7-102 across both innings with the ball while he hit a patient 73 in Baroda’s only innings. Pandya’s addition to the squad was seemingly confirmed by his domestic skipper Kedar Devdhar who told The Times of India that Pandya was “not available for our next game, as he’s going to Australia.”

The addition of Pandya was later confirmed by the BCCI.

This article was amended at 13:00 GMT to include the BCCI’s confirmation of the selection of Pandya.