Wriddhiman Saha, India’s first choice Test wicketkeeper, is, according to reports, yet to fully recover from a thumb injury and will, in all probability, miss the start of India’s Test series against England.

The ailment, sustained will representing IPL side Sunrisers Hyderabad, had forced him out of the second half of that tournament and India’s one-off Test against Afghanistan, the latter’s inaugural match in the longest format.

He had originally been ruled out for five to six weeks, a period which would have seen him return for India’s warm-up match against Essex at Chelmsford, which will start on Wednesday, July 25, but it now appears as if Dinesh Khartik, the back-up wicketkeeper in the squad will play in that game in his place, leaving Saha no chance to test his match fitness before the series begins. 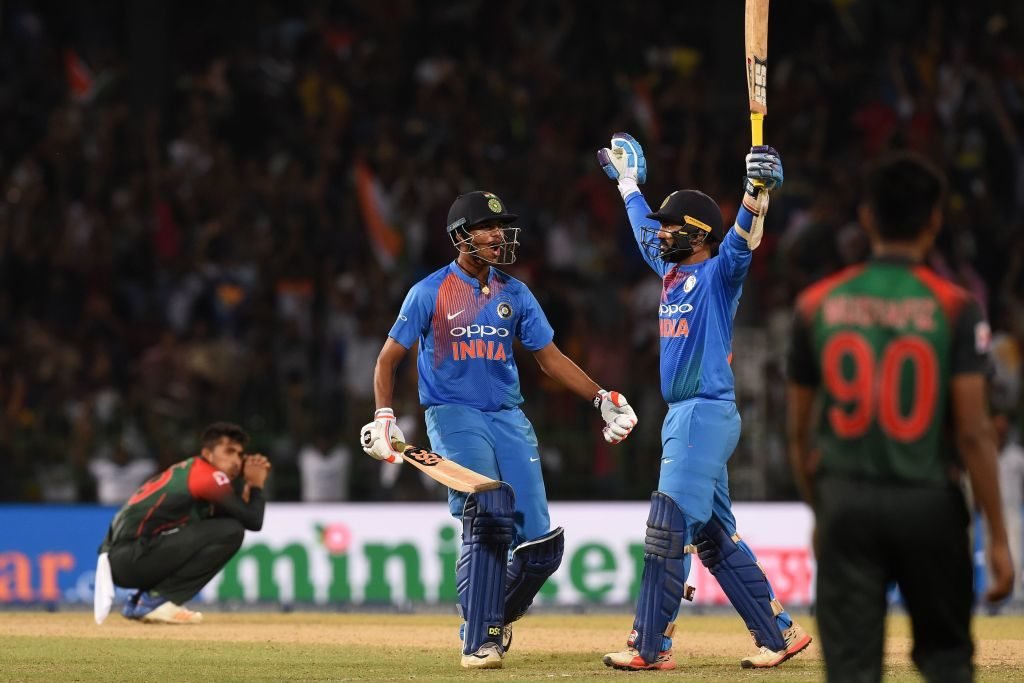 India are yet to name their squad for the Test series, with the selectors likely to do so after the decider of the ODI series between the two sides which will be played tomorrow, July 17. Parthiv Patel would appear the most obvious replacement in the squad if Saha is ruled out for some or all of the series, with him having played as wicketkeeper as recently as January against South Africa.

If he is injured, Saha’s absence will come as a blow – he has been a reliable presence behind the stumps, and has averaged over 40 in Test cricket in each of the last two years.

Karthik made his international debut in 2004, but has been in and out of India’s teams since then, having played more than 20 but less than 100 games in each format in the intervening 14 years. He replaced Saha for India’s Test against Afghanistan, his first appearance for India in whites in more than eight years.