Former Australia captain Ricky Ponting has devised a plan that he believes Australia can use to combat Virat Kohli in their upcoming Test series against India.

Speaking to cricket.com.au, Ponting stated that Australia should look back at the rare occasions when Kohli has struggled for runs and use that as a template for how to bowl at him this time around.

He cited James Anderson, who Kohli has got out to five times, as one of the bowlers Kohli has struggled against the most. Ponting said: “Who has had the most success against Virat Kohli and why? The first one that comes to mind is someone like a James Anderson, who’s probably had the most success against him. From what I’ve watched over the years, he seems to trouble him the most.” 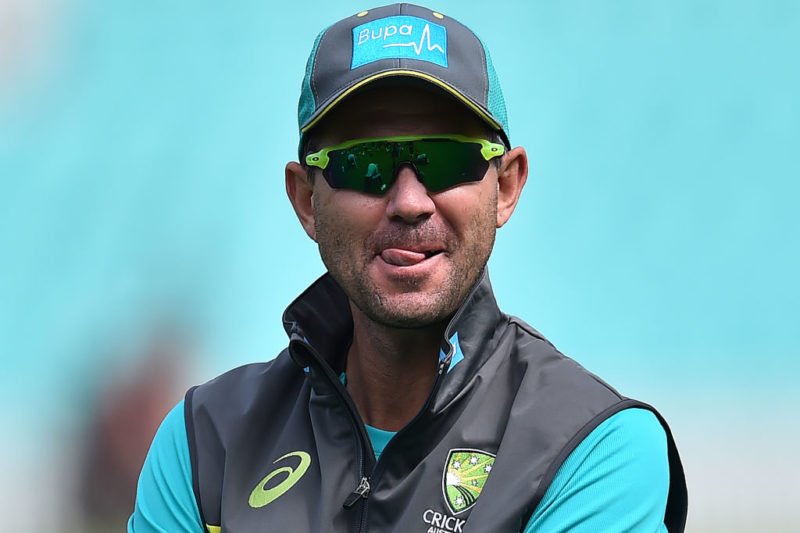 Ponting is aware, though, that Anderson’s success against Kohli has by and large come in English conditions that are more conducive to swing bowling. Given that Tests in Australia are contested with the Kookaburra ball, a ball that swings considerably less than the Duke’s equivalent used in England, Australia will have to think laterally, according to Ponting.

For Ponting, who won 48 Tests as captain of Australia, the key to stifling Kohli will be to deprive him of boundary-scoring options. He said: “If the ball is not moving, he’s going to be really hard to get out. With someone like him who likes to score freely, he’s obviously got a big ego but there’s other things you can do.

“You can put a few fielders out (on the boundary) early on, don’t let him get any boundaries. Maybe don’t go as aggressive at him early on. Try to bowl lots of tight, consistent stuff. 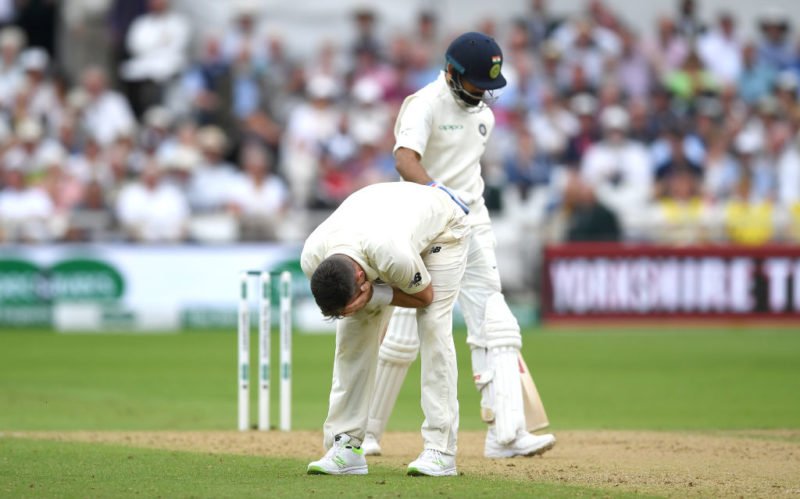 Kohli was in sublime form against England earlier in the year

“He likes to run the ball down to third man a lot as well, so maybe just play around with some guys in different areas which might just get inside his head as to what we’re trying to do. Bring your third (slip) or your floating slip up a little tighter because he tends to play with soft hands and run the ball down there.

“Just so he’s got to think about it and show that we’re ready and prepared for what he can do. I think there’s little things that might just get inside his mind.”

How well Australia counteract Kohli is likely to be a major factor in which way the series goes. Kohli is the leading run-scorer in Test cricket in 2018, hitting 1,063 runs from just 10 Test matches – a total that includes four hundreds.

It has been reported by Melinda Farrell of ESPNcricinfo that an article written by CricViz analyst and regular Wisden Cricket Monthly contributor Ben Jones breaking down Kohli’s technique has been shared by Australia’s coach, Justin Langer, to his squad. In the article, Jones calls for Australia to bowl a more attacking, fuller length to Kohli.

Across his Test career, Kohli averages considerably less (46.28) to full-pitched bowling than against good length balls (66.33) and against short deliveries (69.33).

The caveat, though, is that Kohli is exceptionally dangerous off his pads, should Australia’s bowlers stray in their line. Jones’ theory, although advocating a slightly more attacking and proactive approach, is by no means mutually exclusive with Ponting’s.

It is very much possible that Australia could combine the two by bowling a fuller than average length with men deployed on the boundary early in Kohli’s innings to prevent him from getting off to a fast start.