Paul Stirling will leave Middlesex at the end of the summer after signing a new contract with Cricket Ireland.

The batsman will end a 10-year stint with the club, his departure coinciding with a change to ECB regulations; all Ireland internationals will be classed as overseas players from the end of the 2019 season.

Stirling has played 192 matches for Middlesex across formats, hitting 11 hundreds.

“It’s been a real privilege to represent Middlesex Cricket over the last decade, and it has been an unforgettable journey for many reasons,” said Stirling. “Winning the Championship in 2016 was undoubtedly the highlight on the field, while also receiving my county cap will be something I will cherish for a very long time. 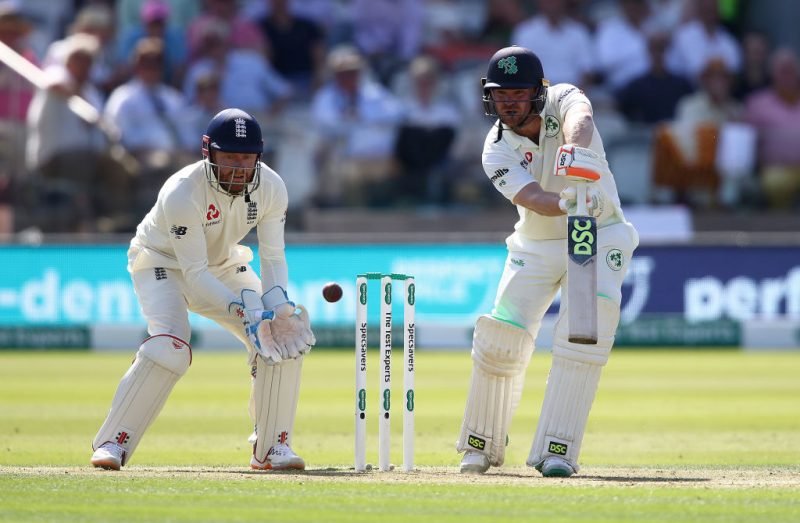 Stirling has played all three of Ireland’s Tests

“I am looking forward to the next chapter with Ireland, with a busy year in 2020 and the T20 World Cup Qualifier coming up it is an exciting time to be a part of.”

“We are delighted that Paul has committed his long-term future to Ireland, although appreciate it must be a bittersweet moment for him leaving Middlesex,” said Richard Holdsworth, Cricket Ireland’s performance director.

“He is a model professional and key member of our international squad in all three formats. His experience and approach to the game is invaluable both on the pitch as a senior pro and consistent performer, and in the dressing room with the emerging players coming through.”

Angus Fraser, Middlesex’s director of cricket, added: “From a selfish and Middlesex point of view it is obviously sad to see Paul leave. His aggressive and destructive batting has thrilled Middlesex players and supporters for a number of years. There have been many Middlesex cricketers that have scored more runs than Paul but very few have played innings as memorable.”