Sarfaraz Ahmed has been removed as Pakistan’s Test and T20I captain and he will be replaced by Azhar Ali and Babar Azam, a PCB release confirmed on Friday, October 18.

The decision was taken considering Sarfaraz’s underperformance in recent years, ahead of Pakistan’s tour of Australia, where the teams will first play a three-match T20I series, which starts on November 3, followed by two Tests.

The 25-year-old Babar Azam will take the reigns of T20I captaincy while the experienced Azhar Ali will lead the Test side. Sarfaraz has also been dropped from the Australia tour and a decision on the ODI captaincy is yet to be made.

Sarfaraz Ahmed has been removed as Pakistan captain. Azhar Ali will take over in Test cricket, while Babar Azam will lead in T20Is. They have yet to decide on an ODI skipper. pic.twitter.com/XjrZx9iqBd

“It has been an honour to lead Pakistan at the highest level,” said Sarfaraz. “I want to thank all my colleagues, coaches and selectors who have helped me in this journey. My good wishes are with Azhar Ali, Babar Azam and the Pakistan cricket team, and I hope they will continue to grow stronger and stronger.”

Azhar has represented Pakistan in 73 Tests, scoring 5,669 runs at an average of 43.27. He’s also the second-highest run-getter at this year’s Quaid-e-Azam trophy, Pakistan’s domestic first-class tournament, with 388 runs in four matches at 77.60.

Azhar reflected on the captaincy news, saying it’s a big “honour” to lead Pakistan. “There is no bigger honour than to captain the Pakistan national cricket team in the pinnacle format of the game,” he said. 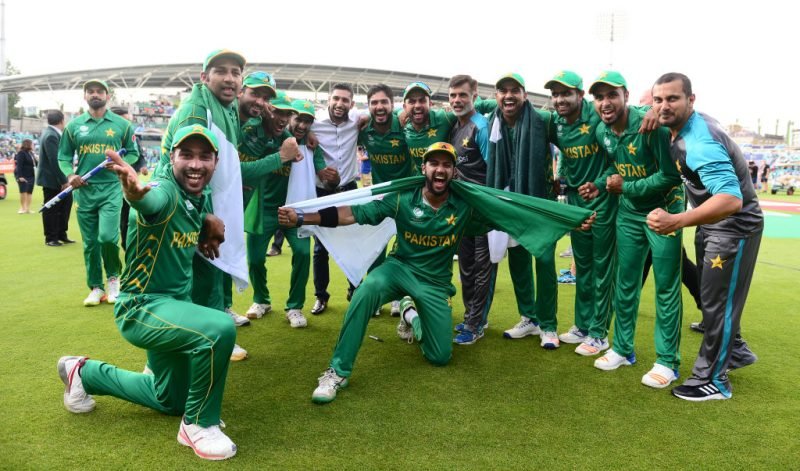 “I feel humbled, excited and privileged, and with the support of the team, look forward to justifying the faith that has been entrusted upon me for the World Test Championship.

“These are exciting times in Pakistan cricket with a new team management. As a captain, I feel comfortable that there will be number of knowledgeable people in the hut who I can rely for advice and guidance.”

Babar, who is currently the No.1-ranked T20I batsman, said he’s ready for the new challenge and is “willing to learn more in the process”.

"Pressure? Misbah eats pressure for breakfast, albeit only in strictly circumscribed portions, and as part of a balanced, high protein, low pressure diet."@jonathanliew on Pakistan's new head coach and chief selector. https://t.co/Fcgxwb8moW

“To be named captain of the No.1 ranked side in the world is the biggest thing that has happened to my career to date. I am ready for this challenge and also willing to learn more in the process,” Babar said. “I feel it has been a natural progression for me and I am delighted that the PCB has put faith in my capabilities.

“Sarfaraz Ahmed has led the side in the shortest format by example and it is my responsibility to take forward his accomplishments so that we remain a consistent, attractive and powerful side.”