Niall O’Brien eventually realised his dream of playing Test cricket in the twilight of his career, featuring in Ireland’s inaugural Test against Pakistan in 2018, but he has revealed how close he came to doing so 13 years earlier, and in the most unlikely of circumstances.

After completing the 2005 season with Kent, only his second as a professional, O’Brien headed to Australia for the English winter to play grade cricket for North Sydney CC, the former home of Sir Donald Bradman.

Meanwhile, Ricky Ponting’s Australian side were hoping to bounce back from their Ashes defeat in a one-off Test against a star-studded ICC World XI side featuring Brian Lara, Andrew Flintoff and, in theory at least, Mark Boucher. Only Boucher’s visa still hadn’t been processed just a few days before the game at the SCG, leaving Graeme Smith’s side looking for a wicketkeeper. 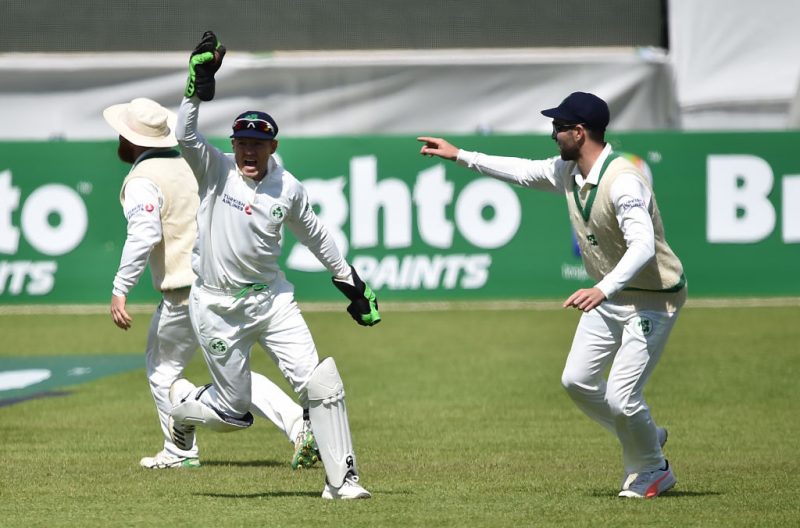 “My club president at North Sydney called me over,” O’Brien tells wisden.com. “‘Irish, come here for a second. You’re going to play in a Test match against Australia at the end of the week. Australia are playing the Rest of the World and Mark Boucher hasn’t got his visa. He’s due to keep wicket, the Rest of the World need a keeper, and the game is in three days’ time, so you’re on standby.’

“I was absolutely buzzing! I thought, ‘Bloody hell, the Irishman’s gonna get a Test match at the SCG!’ Incredible scenes.

“Then I got a call the night before. I’d been downgraded. ‘You’re not playing but here’s a couple of complimentary tickets, get on the lagers and enjoy the match.’ Boucher had got his visa and I think he turned up on the morning of the game. Ever so close!”

O’Brien watched on from the stands as Australia dominated the Rest of the World, Matthew Hayden starring in a 210-run victory, and was left to wonder what might have been.

“It was still a fun experience though. Joe Denly, who’s a good friend of mine, was also there playing club cricket and he was the Rest of the World’s 12th man so we had a couple of evenings out with the team in Sydney.”

O’Brien went on to make his ODI debut for Ireland the following year and then made his mark at the 2007 World Cup in the Caribbean, collecting the Player of the Match award in a famous win over Pakistan on St Patrick’s Day – a victory which helped set in motion Ireland’s rise to full member status in 2017, and O’Brien’s belated Test debut a year later.