The MCC have invited Nepal and the Netherlands to be part of a day-long Twenty20 party at Lord’s on July 29.

In the eventual analysis, two wins in six games in a tournament not contested by the top-eight teams in the ODI world is not a big deal. Nepal, however, won the matches they needed to win at the World Cup qualifiers to finish at No.8 and, as a result, earned themselves ODI status.

Now, the team that was in the ICC World Cricket League Division Five till as recently as 2010, will go to Lord’s for only the second time in their history following an invitation from the MCC. Nepal will take on an MCC team and the Netherlands in a three-way series, with all matches played on the same day.

Their earlier visit to Lord’s was in 2016. On that occasion, marked to celebrate 200 years of Britain’s relationship with the Himalayan nation, Nepal beat MCC by 41 runs in a 50-over contest. Nepal had already secured T20 international status by then, and have since moved up the charts at a rapid pace.

The year 2018 has been a special one for them, as Paras Khadka’s team made a name for pulling off incredible heists at the WCL Division 2. Needing to finish in the top two to qualify for the World Cup qualifier, they beat Namibia (by one wicket with four balls left), United Arab Emirates (by four wickets with 31 balls left), Kenya (by three wickets off the last ball) and Canada (by one wicket off the last ball) to get to the final, where they lost to UAE. 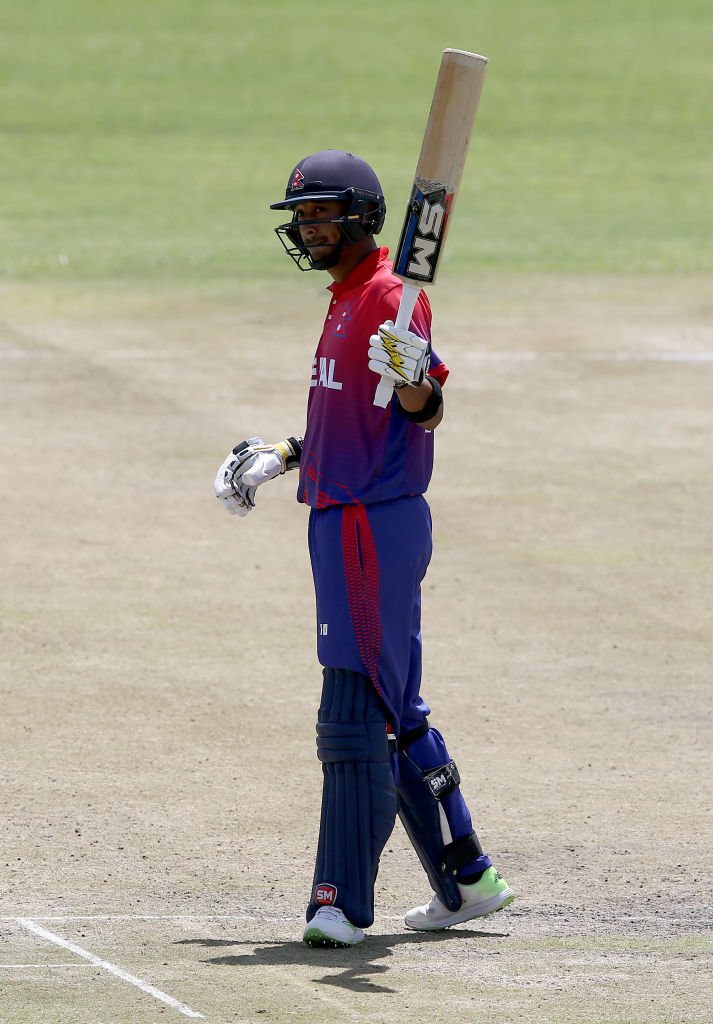 After that, at the qualifier, they did well to beat Hong Kong and Papua New Guinea, with Khadka standing out with his 231 runs and Sandeep Lamichhane, the exciting 17-year-old leg-spinner, with 13 wickets. Just prior to the tournament, Lamichhane became the first Nepal cricketer to bag a contract with an Indian Premier League team, when Delhi Daredevils secured his services at the player auction.

The Netherlands, meanwhile, have played at Lord’s more than once, with the four-wicket win over England at the ICC World T20 2009 counting as one of the biggest days in their cricket history.

“We are thrilled that both Nepal and the Netherlands will be joining us at Lord’s for what is set to be another uplifting day at the Home of Cricket following Afghanistan’s historic visit last year,” said John Stephenson, the MCC head of cricket.

“We expect to be able to field an MCC side with some big names, which will certainly make for a competitive day of cricket. We look forward to welcoming supporters of all competing sides to create what we hope will be a great atmosphere at Lord’s.”

For his part, Khadka, who enjoys celebrity status in the small, cricket-crazy country, said, “It gives me immense pleasure that Nepal will play at the home of cricket again this year. Playing at Lord’s is always special and we are really looking forward to it. I urge all cricket lovers, and especially the British Nepalese diaspora, to come and support the event and the Nepal team.”

Ryan Campbell, the Netherlands coach, also expressed his happiness at being part of the occasion. “Any time a cricketer is given the opportunity to play at Lord’s, it is something they should cherish and will think of for the rest of his life,” he said. “For us to be invited to play there against the MCC and Nepal will be a very special occasion and I’m sure all of our players will be doing everything they can to gain selection into that squad.”