Moeen Ali is set to take an indefinite break from red-ball cricket and will therefore miss at least the Test leg of England’s tour to New Zealand.

Since making his Test debut against Sri Lanka in 2014, Moeen has been a near permanent fixture in England’s Test side, featuring in 60 of the 71 matches since his first appearance in England whites. But weeks after being omitted from the England XI after a difficult first Ashes Test of the summer at Edgbaston, Moeen has decided to take a break from first-class cricket.

Speaking to the assembled media at Lord’s, Ashley Giles, the managing director of the ECB, said that Moeen made it clear that he was not retiring from Test cricket. “He just wants a little bit of a break from Test cricket,” said Giles. 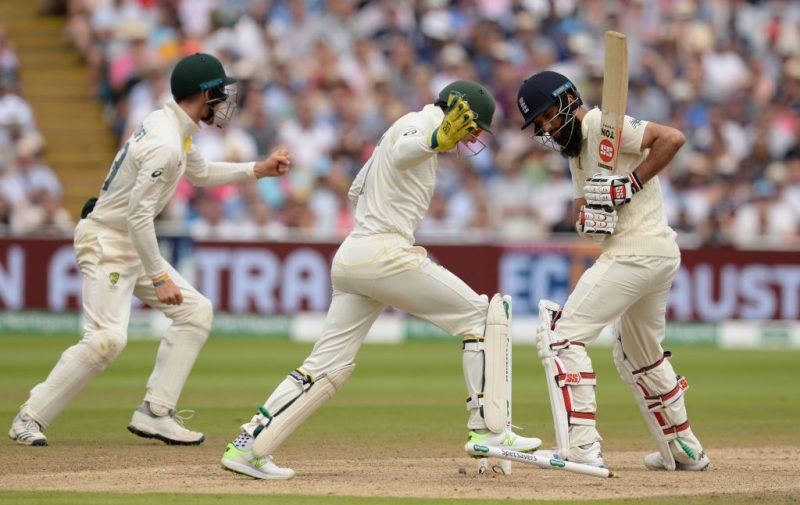 Moeen Ali was dropped after the first Ashes Test at Edgbaston

“I think for all the guys, not just talking about Moeen, it’s been a really challenging summer. A World Cup and an Ashes back-to-back has had a massive effect on many of these guys, psychologically as much as physically. Some of those guys are still carrying that. His experience in the first Test wasn’t a great one but that’s cricket.”

While Moeen was not given a Test central contract, he was awarded a white-ball only contract and still appears to be central to England’s immediate plans in the shorter forms in the game. His decision to temporarily step away from the Test arena comes towards the end of a tough summer for Moeen. Although a World Cup winner, Moeen was dropped from the England XI after their group stage defeat to Australia after a prolonged loss of form with the bat.

Moeen Ali's last 16 innings for England in all formats:

But, according to @Ben_Wisden, whatever his form with the bat, he's undroppable at the moment. https://t.co/R5ldLAHlYT

His drop in form transferred across formats as he could only muster 13 runs in four Test innings before being axed from the England XI before the second Ashes Test at Lord’s. Despite his difficulties with bat in hand, his removal from the side was still arguably a touch hasty. In the year prior to his dropping, he had taken more wickets in Test cricket than any other bowler.

After his return to county cricket, Moeen immediately found form in T20 cricket. Captaining a young Worcestershire side, he led his county to a second successive Finals Day playing a pivotal role with the bat in doing so. In four T20s, he hit 280 runs and was dismissed just twice. With a T20 World Cup next year, it may well be that he wants to focus on the shortest format of the game.

Giles later said that although there is no time frame for his return to the Test set-up, he could “possibly” make a comeback ahead of England’s tour to Sri Lanka in early 2020. With Adil Rashid’s red-ball future also up in the air – Giles admitted that the leg-spinner had “some stuff to think about”, particularly with regards to his longstanding shoulder injury – it does open the door for other spinners who have either yet to play Test cricket for England or have not done so in a while. England took three spinners on their previous tour to Sri Lanka, Moeen Ali, Adil Rashid and Jack Leach, all of whom played in all three Tests.

Related Story: The mistreated Moeen Ali doesn’t get the credit he deserves in Test cricket