Former New Zealand captain Brendon McCullum said that the captaincy turmoil involving him and Ross Taylor in 2012 was a blot on New Zealand cricket, and said the duo still aren’t on the best of terms, eight years after the saga unfolded.

Taylor had been New Zealand captain since after the 2011 World Cup, when Daniel Vettori stepped down, but reached a deadend in his relationship with then head coach Mike Hesson, following series defeats in South Africa, West Indies and India.

Taylor was still given the option of leading the Test team while McCullum took charge of the limited-overs sides, an offer Taylor rejected, leading to McCullum being appointed skipper for all three formats, a position he held until his retirement in 2016. 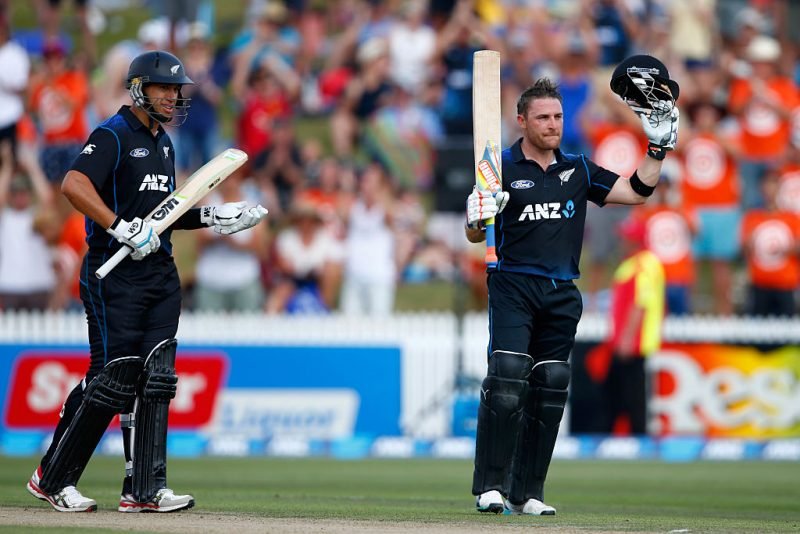 “It put some pressure on my friendship and relationship with Ross,” McCullum said in a Sky Sports podcast. “I have played a lot of development and age cricket with Ross. I was the captain of the under-19 team and Taylor was my vice-captain. We’ve always got on really well.

“We had to go for an interview for the job. It was about presenting the map for the future of New Zealand cricket to a panel. I don’t really know what we were doing. If I had my time, I would’ve said: ‘no, I’m not going to come and go through the process, you appoint Ross as captain and then we’ll see what unfolds from there.’

“It’s a bad stain for New Zealand cricket and put pressure on Ross and me. Then it led me to eventually take over from Ross.”

"I knew it would be a major controversial decision. I knew it could have major ramifications on NZ cricket, and also on my time as a player"

McCullum admitted that the decision was not an easy one to make, and was fully aware of the impact it could have on him, as well as the team by extension.

Related Story: Ross Taylor: I tried to convince Ben Stokes to play for New Zealand – and he was keen

“I was asked if I wanted to take over the role of New Zealand captain in all three formats,” he said. “So initially, I told them I would get back to them. I needed to think long and hard about it. I knew it would be a major controversial decision. I knew it could have major ramifications on NZ cricket, and also on my time as a player.”

Fortunately for New Zealand, McCullum ushered them into a new era, featuring a brand of bold, aggressive cricket not previously associated with the side. Under McCullum’s leadership, New Zealand made the final of the 2015 World Cup at home, capturing the imagination of the nation, in a dominant and unprecedented run.