A 2014 Instagram post from Ishant Sharma has surfaced where the Indian speedster refers to his then-Sunrisers Hyderabad teammate Daren Sammy as ‘k****’. 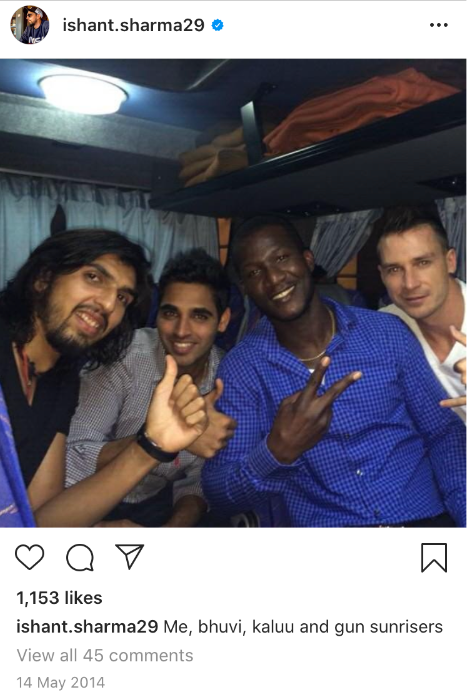 Sammy recently hit out at his former SRH teammates, claiming he and Thisara Perera were subjected to a racial slur during his time with the IPL franchise, but they were oblivious to its meaning.

Sammy released a video statement after learning of the word’s meaning, and asked his ex-teammates to come out and “clear the air”.

“Knowledge is power. So recently I discovered a word that I was being called was not what it actually meant I need some answers,” he said on Instagram. “So before I start calling out names I need these individuals to reach out and please tell me there’s another meaning to that word and when I was being called it, it was all in love.”

Sammy had also urged the International Cricket Council to raise their voice against racism after protests over George Floyd’s death in the USA gained strength as a worldwide movement.