Jasprit Bumrah, the India pacer, told Rohit Sharma during an Instagram live interaction that he related a lot to superstar footballer Zlatan Ibrahimović.

Bumrah possesses an unorthodox bowling action, which in his early days caused many to write him off. However, he has since become one of the fiercest bowlers in international cricket. He is No.7 in the Test rankings, having made his debut only in 2018, and is No.2 in the ODI rankings.

During a chat with his Mumbai Indians captain Rohit, Bumrah revealed that he felt his path was similar to that of Ibrahimović, the Sweden and AC Milan striker. “I love Ibra,” said Bumrah.

“If Bumrah’s short career so far is an indication, he’ll finish as one of India’s greats, and his performance in West Indies in 2019 will be a big part of it”@RD_Wisden on the remarkable 5-7 in Antigua that is Wisden’s No.1 bowling performance of 2019.https://t.co/RJq9iRa3T0

“I can relate to his story, that people did not take him seriously and then he became a star. I can relate as I think people took me lightly initially, and then I proved them wrong. I am still trying.”

Lasith Malinga, the Sri Lanka pacer and a team-mate at Mumbai Indians, played a key role in Bumrah’s rise, and Rohit made a point of asking him about his relationship with the veteran.

“The communication was difficult initially,” said Bumrah. “He taught me the mindset – when he gets hit, he smiles. I used to get annoyed at the beginning, but he explained there is no point getting angry.” 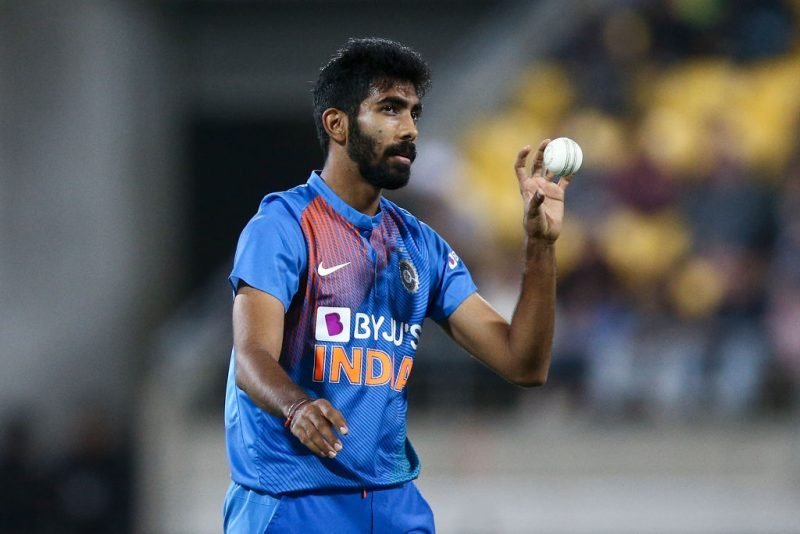 Jasprit Bumrah feels he has parallels with Zlatan Ibrahimović

Bumrah also revealed he was looking forward to bowling with Trent Boult had IPL 2020 gone ahead as per schedule – the start of the tournament was deferred due to Covid-19, and a restart at the proposed date of April 15 seems improbable, with the country in a three-week lockdown until April 14.

Mumbai had traded in the New Zealand pacer from Delhi Capitals in November. “When he was in Delhi, I asked him about slower balls,” said Bumrah. “I met him in New Zealand also and I spoke to him.”