After being formally elected as president of the Board of Control for Cricket in India, former India captain Sourav Ganguly assured that he is here to make life easier for Virat Kohli and his team, and that performance will be the ultimate yardstick that determines every decision he takes during his 10-month tenure.

Ganguly’s appointment, alongside that of several other office-bearers, marked the end of a rocky three or so years in Indian cricket, marked by an administrative flux during the 33-month tenure of the Supreme Court-appointed Committee of Administrators.

“I really don’t know what had transpired with the CoA and Virat and Ravi,” Ganguly said, addressing the media at the BCCI headquarters in Mumbai. “But the new body has taken over, the new office bearers have taken over, it will be a proper discussion, and everything would be mutually discussed.

“You have to ask that question to Modi ji and the Pakistan Prime Minister.”

New BCCI president-elect Sourav Ganguly says that the decision on bilateral ties between India and Pakistan isn't in the BCCI's hands.https://t.co/PXwvtrjsQ1

“But be rest assured that we are here to make their life easier, not make their life difficult. And everything will be on the basis of performance. Performance is the most important thing, and that’s what will decide the future of Indian cricket.

India is very proud to have MS Dhoni. When you sit down and make note of what he has done, you still say ‘wow’."

Among Ganguly’s first acts as president will be a meeting with India’s selection committee, chaired by MSK Prasad, which will get down to pick the team for the upcoming home series against Bangladesh on Thursday, October 14.

Among the topics slated for discussion is the future of MS Dhoni, who has been on sabbatical since the World Cup in England and Wales, and seems unlikely to return for the Bangladesh series. 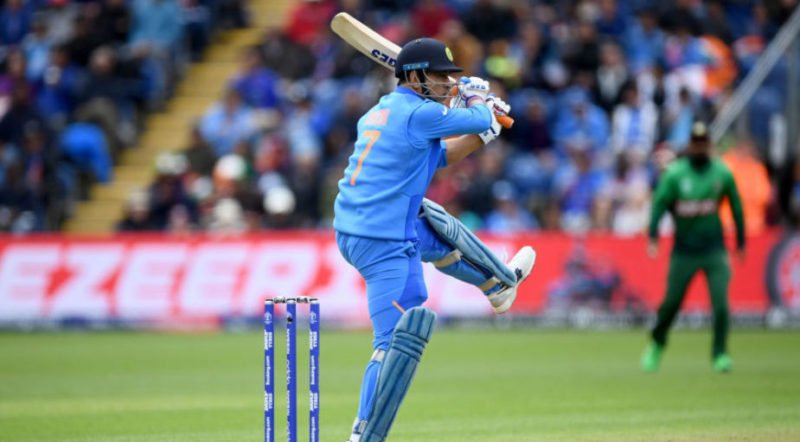 MS Dhoni last played at the World Cup in England.

Ganguly said that he hasn’t had a word with Dhoni yet, but left the former captain’s future up to him. “It depends on him,” he said.

“I’ve always said that even when I was left out [in 2005], and when the entire world said he’ll never make it, I believed in myself and came back [in 2007] and played for four years [domestic cricket included].

“You know champions don’t finish very quickly. I don’t know what’s on his mind, what he thinks about his career. So we will deal with that. He is one of the greats of the game. India is very proud to have MS Dhoni. When you sit down and make note of what he has done, you still say ‘wow’.”