Ireland might have lost their maiden Test match against Pakistan by five wickets, but William Porterfield, their captain, was a proud man at the end of it, especially because of the fight shown by Kevin O’Brien and the others.

Pakistan declared their first innings on 310-9 and then bowled Ireland out for 130, but Ireland did much better in their second innings after following on, scoring 339. O’Brien played the lead in that, hitting 118, and Pakistan were then reduced to 14-3 to raise hopes of an Ireland win, till Imam-ul-Haq (74*) and Babar Azam (59) did the job with the bat for their team.

Related Story: Kevin Pietersen: ‘By 2025, only the major nations will ever play Test cricket’

“I’m extremely proud of how we went about it. All five days it was a hell of an effort. It was our first Test match and it was tough on the first day, we struggled a bit with the emotions. There were 11 caps being handed out, we had all our family and friends here and with all the build-up to the game there were a lot of emotions for every lad, so to go out and start how we did was fantastic,” said Porterfield after the game.

“We carried that through pretty much throughout that first day and throughout the game really, putting aside when we went out to bat in the first innings, I’m sure a lot of the lads would like to have that opportunity again.” 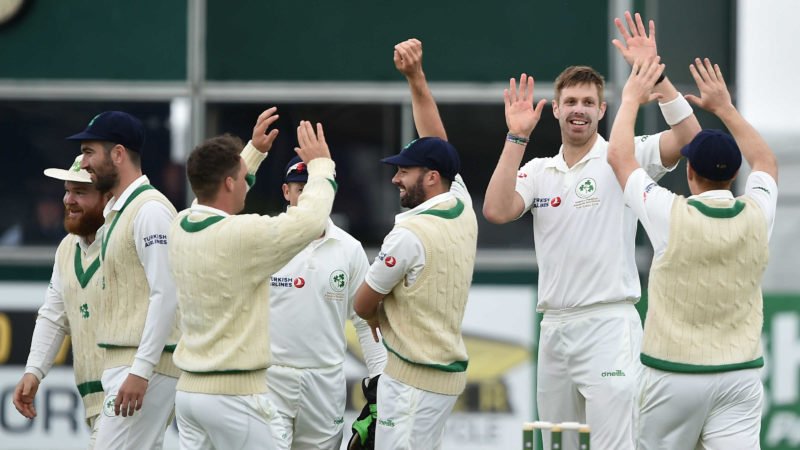 Ireland reduced Pakistan to 14-3 in their second innings

For Porterfield, who scored 32 in the second innings, the fact that there was a point when Ireland were on top of their more experienced and celebrated opponents was a great sign.

“I know from a personal level the heart was beating a little bit faster than it normally would (at the start of the second innings). We’re only human, I’m not blaming it for our downfall in any way but there were always going to be a few nerves around. But the way we put that right with the fight in the second innings to get through to the close none down on day three was great,” he said.

“And the next day really belonged to Kevin, especially after losing four wickets in the first session. Thommo (Stuart Thompson) played fantastically well as well as did (Tyrone) Kane facing almost 100 balls to support him, but it’s Kev’s day. It’s a hell of an effort to score a hundred on debut, under the pump. He showed the character and fight we talked about. To go out and make a big one was great to see and I’m delighted for him.

“The biggest thing was how we fought back with the bat in the second innings. That shows the character that we’ve had. It’s something that’s been talked about through big occasions like World Cups, how we’ve acquitted ourselves there. I think that’s always been known to be there.” 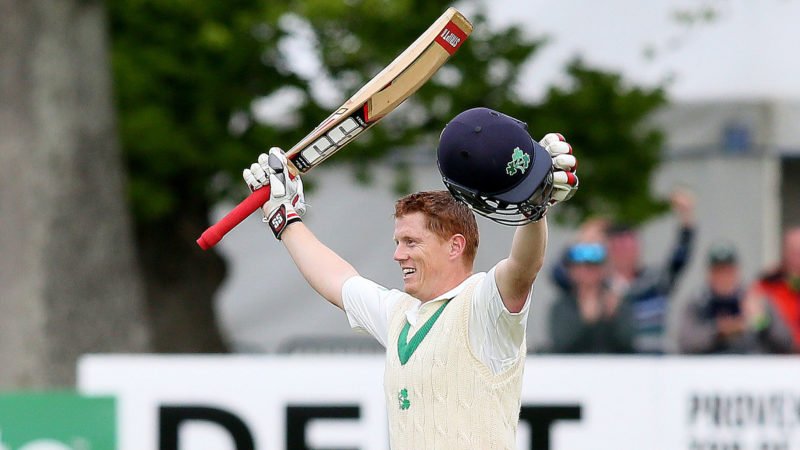 Sarfraz Ahmed, the Pakistan captain, admitted that at 14-3, “we were a little concerned”, and acknowledged the fight put up by the vanquished opponents.

“Congratulations to Ireland cricket team to play first Test match in their history. After this, more Test matches will come. This Test match will help us for the other Test matches. Against England, if you take this type of victory, it’s good confidence for us.” 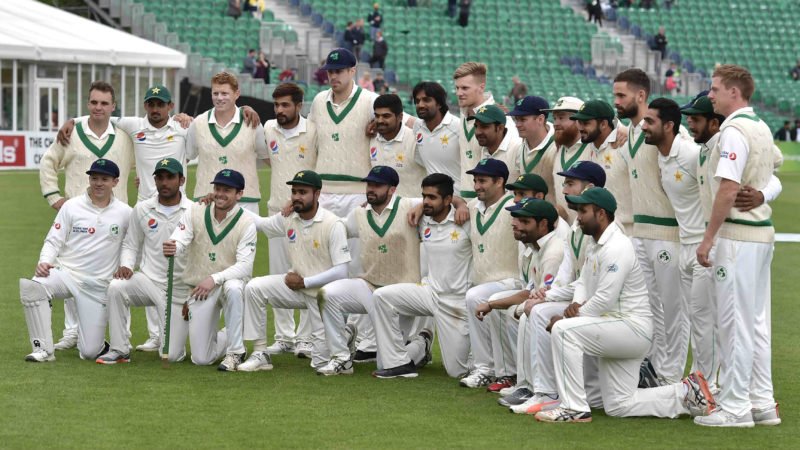 Pakistan won the one-off Test against Ireland by five wickets

One of the worries, at least from the outside, about Ireland cricket is that a number of their players are past 30, and might not be around for too much longer.

“I’m very confident in the next generation,” said Porterfield. “I’ve spent a lot of time in the last month seeing the depth we have up close and personal. The young lads are coming through and putting their hands up. There is that depth there, they just need to get cricket under their belts to give them the belief that they can play at this level. You see some of the raw talent and think that they could be unbelievable cricketers but we just need to expose them and get them in in the right way.

Related Story: What is the most star-studded Under-19 World Cup side ever?

“I’m sure in the next week or two there’s going to be hundreds of kids aspiring to be Kevin O’Brien in backstreet cricket. We’ve got to inspire the next generation like we got inspired growing up by the likes of Dekker Curry where I’m from. I looked up to him when I was growing up and I’m sure there’s a lot of young cricketers doing the same to ourselves. The more we can spread the game, the more bums on seats there’s going to be here, the more depth we’re going to have. This Test match has gone a long way to providing the next generation of cricketers I’m sure.”