Cameron Bancroft has elaborated on the detail of the ball-tampering incident that saw him receive a nine-month ban from international and professional domestic cricket.

Speaking to Fox Sports in a pre-recorded interview aired during the lunch interval of the Boxing Day Test between India and Australia, Bancroft admitted that it was David Warner who came up with the suggestion to tamper the ball.

Bancroft, in a conversation with Adam Gilchrist, said that he carried out Warner’s plan out of a desire to “fit in” with the group.

Bancroft told Gilchrist: “Dave [Warner] suggested to me to carry the action out on the ball given the situation we were in in the game and I didn’t know any better. 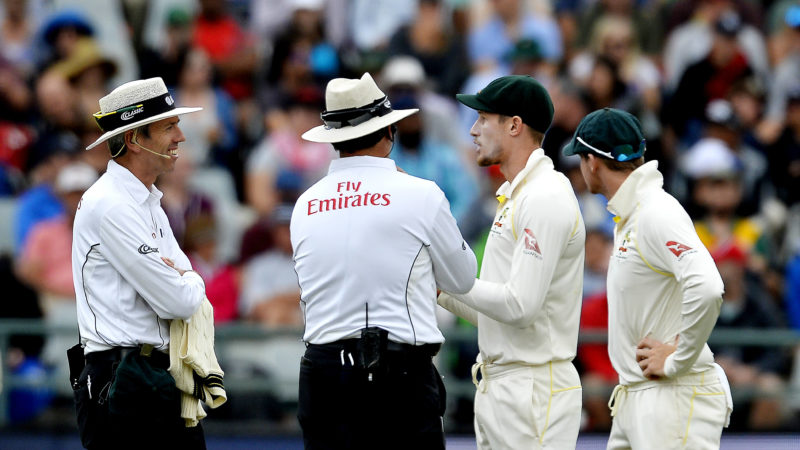 Bancroft, Smith and Warner were handed hefty bans for their involvement in the Newlands ball-tampering scandal

“I didn’t know any better because I just wanted to fit in and feel valued, really — as simple as that.

“The decision was based around my values, what I valued at the time and I valued fitting in … you hope that fitting in earns you respect and with that, I guess, there came a pretty big cost for the mistake.”

The banned opening batsman added that he felt that he would have let down the team had he not carried out Warner’s alleged plan.

Warner and Steve Smith, who admitted knowledge of the ball-tampering plot but did nothing to prevent it, both received longer, 12-month bans.