Sunday’s Cricket World Cup final between England and New Zealand at Lord’s will be shown on free-to-air TV after a deal was made between Channel 4 and Sky to broadcast the match.

As exclusively revealed by Wisden earlier on Thursday, Channel 4 and More 4 will televise the final, while live coverage will also air on Sky Sports, which holds the UK broadcast rights  for live coverage of the tournament.

England beat Australia by eight-wickets in the semi-final at Edgbaston on Thursday thanks to excellent bowling displays from Chris Woakes (3-20), Adil Rashid (3-54), and Jofra Archer (2-32), which helped bowl the Aussies out for 223, while an explosive innings from Jason Roy (85 from 65 balls) and other solid contributions from Eoin Morgan, Joe Root and Jonny Bairstow ensured England made light work of the chase. It will be England’s first World Cup final since 1992. 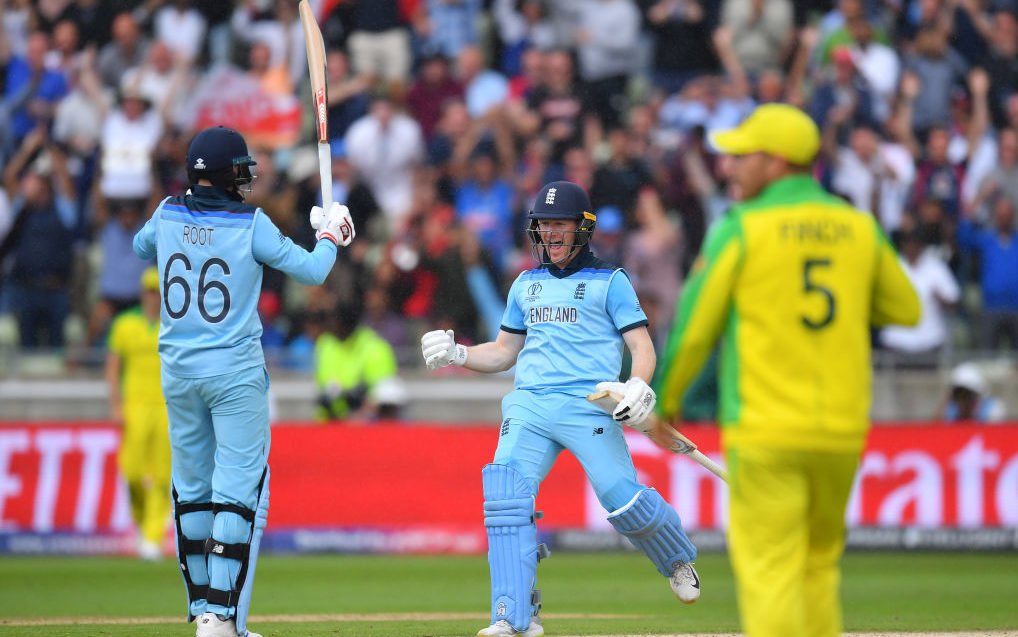 England cruised to victory against Australia in the semi-final

New Zealand qualified after they defended 239 to pull off a stunning 18-run win over India at Old Trafford on Wednesday after the first semi-final went into the reserve day.

“This is fantastic news for cricket fans and the nation,” said Channel 4 CEO Alex Mahon. “This Sunday is a massive day for British sport with England tantalisingly close to lifting the Cricket World Cup for the first time and Lewis Hamilton setting his sights on his seventh season win at Silverstone – all live on Channel 4.

“The big winners of this strong partnership between Channel 4 and Sky are sports fans and viewers who want to come together for these big sporting occasions.”

Sky UK and Ireland Chief Executive Stephen van Rooyen added: “England in the final on home soil is a huge moment for sport in this country and we are proud to be the host broadcaster. Thanks to our strong relationship with Channel 4, we are partnering to make the game available to everyone, so the whole country can get behind England, and be part of a special national sporting event.”