Ashton Agar, the Australia spinner, has joined his compatriot Nathan Coulter-Nile in questioning the Australian national selectors after being left out from the ODI squad to face India.

The 25-year-old said the communication from the selection panel had been “pretty vague” of late.

“Recently, it has been pretty vague, to be honest. I got told pretty much just keep trying to get better,” said Agar, who last played for Australia in October 2018. 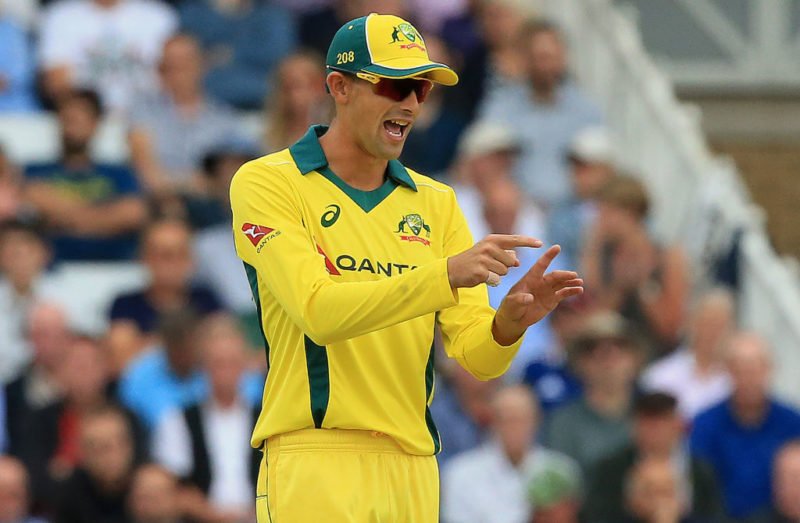 “I guess I mustn’t have run the drinks well enough last time, because I didn’t really get a crack at that before”

“That’s what I was told. I guess I mustn’t have run the drinks well enough last time, because I didn’t really get a crack at that before.

“This one was probably a little bit tougher because it was a little bit confusing. But it is what it is. All I can do now is get better. Find ways to evolve as a cricketer and really just have fun.

“I’m just going to do it my way now and really enjoy it. If that means opportunities come, they come.”

“Looking forward there’s a one-day tour to India coming up as well, so fingers crossed”

Agar conceded that the communication to him from the selectors had been “pretty good” over the years and agreed that he was only dropped – before getting a chance in the XI – because other spinners in the team were performing well. However, he is hopeful of making a comeback for the ODI series in India later this year.

“I think generally with me the communication has been pretty good, especially in the past,” Agar added. “Pretty much it was just that Nathan Lyon is bowling really well and Zamps (Adam Zampa) gives us a leg-spinning option. But I guess that probably had nothing to do with me as such.

“Looking forward there’s a one-day tour to India coming up as well,” Agar said. “So fingers crossed. I just have to put good numbers on the board across the Big Bash and then you get selected from there.”