Eoin Morgan, the England ODI skipper, was delighted with his side’s splendid batting performance to clinch a six-wicket victory over West Indies in the first ODI in Barbados.

The hosts, choosing to bat first, posted a challenging 360-8, courtesy a 129-ball 135 from Chris Gayle. A brisk start from openers Jason Roy and Jonny Bairstow, followed by a composed masterclass from Joe Root, saw England scale the target in 48.4 overs. As Morgan described it, thanks to the top order, “It felt like a 330 chase, and not 360.”

Roy, the Player of the Match, blasted an 85-ball 123, with the opening duo adding 91 in 10.5 overs. Root then took over with his 97-ball 102. Morgan, who scored 65 himself, said the team were confident of their ability in chasing. “We spoke at the halfway stage about the fact we have been in this situation before and we do believe we can chase big totals,” the captain said after the game on Wednesday, February 20.

England are pretty good at ODI cricket aren’t they?

“We bat very deep. The manner we started in set the tone of the innings. Jason and Jonny were outstanding. At no stage did we feel we were under pressure to up the rate.

“For Jason to go on and play such a commanding innings really sets up a big run chase. It’s amazing the way he plays. It’s brilliant. People will forget Joe Root scored a hundred there, he made it look very easy, but we’re so fortunate to have a guy like that who can be our rock. And he’s no slouch.”

Roy, who had dropped Gayle on 9, said he had been determined to make up for the slip-up. “I’m still in a deficit for dropping Chris Gayle, so I need to make up for it throughout the series,” he said. “We (Root and he) rotated the strike well, and to see us right through to the end was impressive. We’ll keep our feet on the floor and work hard for Friday.” 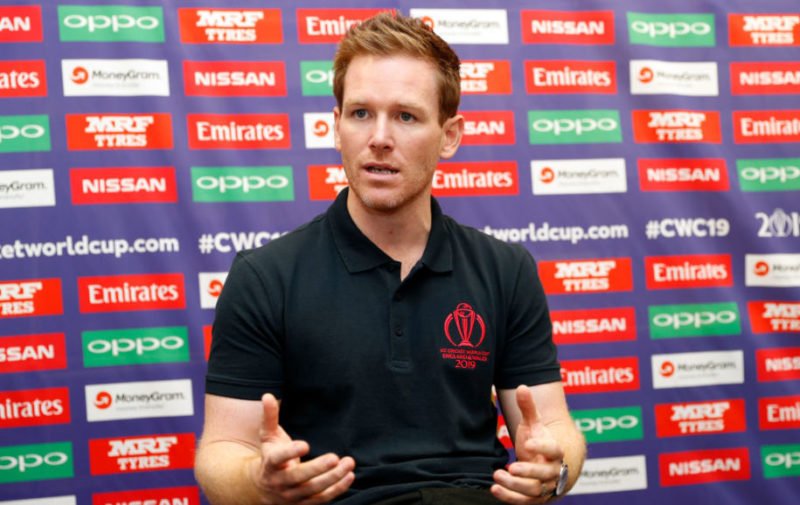 “The manner we started in set the tone of the innings,” said Morgan, who scored a 51-ball 65 with the ball

West Indies, who were 227-2 in 34 overs, looked like they could go on to post a 400-plus total. However, England pulled things back in the last 15 overs, claiming six wickets. The last nine overs went for 73 runs, with 34 of those coming in just two overs.

“The calm nature in which we came back with the ball was great. We did well in the last 10-15 overs,” said Morgan.

Jason Holder, the home skipper, was satisfied with the batting effort, but wanted improvement with the ball and in the field – both Roy and Root had let-offs. “Our bowlers did create opportunities, but we didn’t hold them,” he rued. “We’ve got to be a bit better in the field. I felt the energy and body language could have been a lot better.”