Babar Azam, the Pakistan middle-order batsman, has been ruled out of the rest of the team’s tour of England with a broken forearm.

Azam, 23, was hit on his left arm by a Ben Stokes bouncer during his innings of 68 on Friday, May 25, the second day of the first Test at Lord’s.  He was forced to retire hurt, even as Pakistan got to 350-8 by stumps, extending their lead to 166.

He did not take the field for the rest of the day and scans later revealed a fracture that rules him out for four to six weeks. 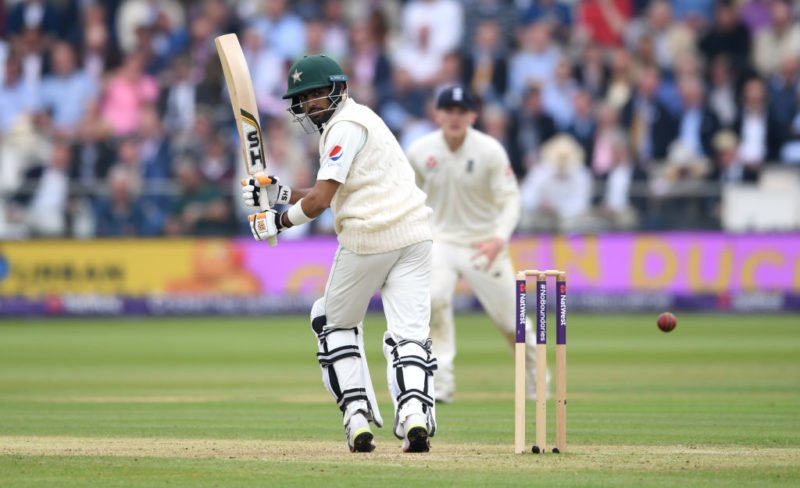 “We decided we were going to do a precautionary X-ray at the end of the day’s play,” said Cliffe Deacon, the Pakistan physiotherapist. “Unfortunately, the X-ray confirmed there was a fracture. The fracture’s in the forearm, it’s one of the two bones in the forearm in the distal third of the arm, just above the wrist. That’s why he couldn’t hold his bat properly.”

Big things were expected from Azam this tour, with even Younis Khan picking the youngster as the one who could beat his records. A limited overs star with an average of 51.11 in ODIs and 53 in T20Is, Azam was keen to make a mark in Tests as well, where he averages just 26.78. Having got to 68, he was looking in fine form before he was hit.

Pakistan have decided against naming a replacement for the second Test at Headingley from June 1, with one of Usman Salahuddin, Fakhar Zaman or Sami Aslam, who are already in the squad, slotting in.