The journey of Australia from the fallout of the ball-tampering scandal to the end of their drawn Ashes series in England will be the subject of an eight-part behind-the-scenes Amazon Prime Video documentary series.

Titled The Test: A New Era for Australia’s Team, the series boasts unprecedented access to the inner workings of Tim Paine’s side, with footage from inside the dressing including at some of the darkest moments of the period, including head coach Justin Langer’s reaction to Steve Smith being felled by Jofra Archer at Lord’s, and Paine’s words to his charges in the immediate aftermath of their crushing defeat at the hands of Ben Stokes at Headingley.

There is a chequered recent history of online streaming documentaries following sports teams. Manchester City’s record-breaking 2017-18 campaign was chronicled in Amazon’s All or Nothing: Manchester City series, while Netflix’s Sunderland ‘til I die gave an inside look at Sunderland’s disastrous 2017-18 season in the second tier of English football that saw them plummet from promotion hopefuls to a team that ended the season rock bottom of their division.

Australia’s exploits under Langer fall perhaps somewhere closer to the Man City end of the spectrum. With the team reeling following the year-long bans handed down to captain and vice-captain Smith and David Warner for their involvement in the Cape Town ball-tampering scandal, he and captain Paine are largely credited with having helped rebuild Australia’s image.

While his reign includes a series defeat in the UAE, a first-ever home Test defeat by India, and a failure to defend their Cricket World Cup title, they also retained the Ashes in England for the first time since 2001 with a drawn 2-2 series. 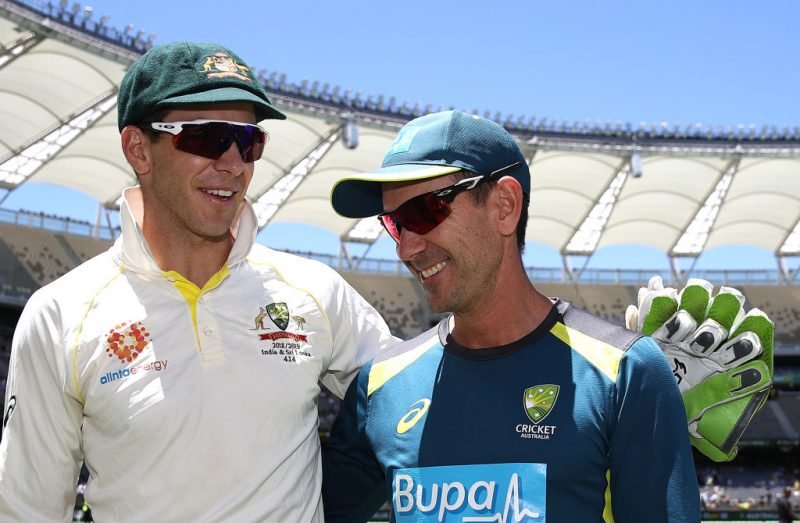 “Our national team, led by Tim Paine, Aaron Finch and Justin Langer, have been on a considerable journey over the past 18 months,” Richard Ostroff, Cricket Australia’s head of broadcast and production, said.

“The Test has captured the highs and lows of this story intimately and we are thrilled to work with Amazon Prime Video to bring this story to cricket fans around the world.”

“Cricket is a game steeped in tradition, and the behind the scenes access the Australian Cricket team have provided for The Test is unprecedented,” Adrian Brown, the series’ director, said.

“I can’t speak highly enough of the players and coaches involved. Having the opportunity to tell this story of resilience, character and achievement against-the-odds has been a privilege and I can’t wait to share it.”

The series is the latest in a line of attempts to give greater insight into what goes on in the backrooms of top-level cricket. Netflix’s Cricket Fever: Mumbai Indians chronicled the IPL team’ 2018 season, while The Edge, directed by Barney Douglas, received widespread acclaim for its portrayal of the rise and fall of England’s Test team in the early part of the decade, reaching the No.1 spot in the ICC rankings before suffering an ignominious 5-0 defeat at the hands of Australia in 2013/14.

The Test: A New Era for Australia’s Team will be available to watch in early 2020.