England bowler Anya Shrubsole is the first woman to be featured on the cover of the Wisden Almanack.

The cover of the 2018 edition, revealed today, features Shrubsole, the hero of England’s World Cup triumph, holding the trophy that her six-wicket haul at Lord’s did so much to earn.

Almanack editor and Wisden.com columnist Lawrence Booth said: “Anya Shrubsole was a natural for this year’s Wisden cover, having stolen the show on the most memorable day of the 2017 summer. 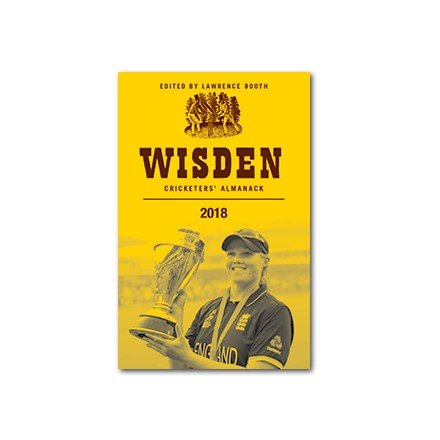 “Against India, and in front of a packed Lord’s, she dramatically won the World Cup for England with figures of 6- 46, the best in a final by man or woman.

“She had played a crucial hand in the semi-final against South Africa, too, nervelessly hitting the winning four with only two balls to spare. Shrubsole is Wisden’s first female cover star – and, thanks to the excitement she generated that day at Lord’s, almost certainly not the last.”

Shrubsole, who was nominated for Sports Personality of the Year 2017, said: “It’s an amazing honour and privilege to be on the cover of Wisden. To be on the front of such an iconic and historic book means a huge amount. Most of all, it’s a clear representation of the strength of the women’s game, and the impact of the World Cup victory and the work of the entire team.”

Wisden 2018 is the 155th edition of Wisden Cricketers’ Almanack, and is published on April 12.

In this edition, we celebrate England’s spectacular win in the women’s Cricket World Cup. Simon Wilde reflects on the England men’s passage to their 1,000th Test, Tanya Aldred examines sexism in cricket, Harry Pearson celebrates 50 years of overseas players in the county game, and Zafar Ansari explains why he gave it all up at the age of 25.