Andrew Strauss has stepped down as England’s director of cricket.

Having spent time away from day-to-day duties this summer, following his wife Ruth’s diagnosis with cancer, he will now take a more flexible role with the ECB, initially supporting CEO Tom Harrison in the process of recruiting his successor.

Andy Flower, who has covered the role for the last four months, will continue in his interim capacity until December with the intention of joining the Lions in India in January. A full-time appointment will be made before England’s West Indies tour in the New Year.

“After three and a half incredible years with the ECB, I have taken the difficult decision to step down from my role as director of England cricket,” Strauss said.

“Next year is potentially the most important the game has had in this country, with the World Cup on home soil and a home Ashes series, and we have an incredible opportunity to do something special. It is vital that the director of cricket can give consistent guidance and support to England cricket through this period.

“Taking time out this summer to support my wife and kids, as Ruth goes through treatment for cancer, has given me the chance to fully consider what’s right for England and what’s needed at home. The role in cricket requires total focus and commitment to deliver the best results, yet right now I need far more flexibility than could ever be possible in my position in order to support my family.

“I will not be leaving the game completely – initially helping Tom to shape the role for my successor, then supporting a range of other ECB projects – but it’s important to see someone else in place for a crucial summer in 2019.

“It has been hugely motivating and enjoyable to be working for the ECB and England cricket. Before taking on this incredible role, I had little appreciation of all the selfless work that goes on across the ECB and throughout domestic cricket to ensure we have winning England teams and that the game, as a whole, keeps growing.

“I have been fortunate to be at the ECB at a time when ground-breaking progress has been made, giving cricket a platform to evolve and inspire for years to come. I would like to express my gratitude to Tom, Colin Graves and the leadership team for their commitment and support in helping to drive English cricket forward.

“I would also like to offer my sincere thanks to all of those who I have had the pleasure to work with, both inside and outside of the ECB. Finally, I would like to wish Trevor, Paul, Joe, Eoin and all of those involved in the England teams all the very best in a historical year in 2019.”

Strauss took over the newly created role in 2015 following the departure of Paul Downton as managing director of England cricket, amidst the fallout of the Kevin Pietersen saga.

“I know that I speak for everyone at the ECB when I say that we’re very sad to see Andrew step down from the role and we all wish him and his family the very best. 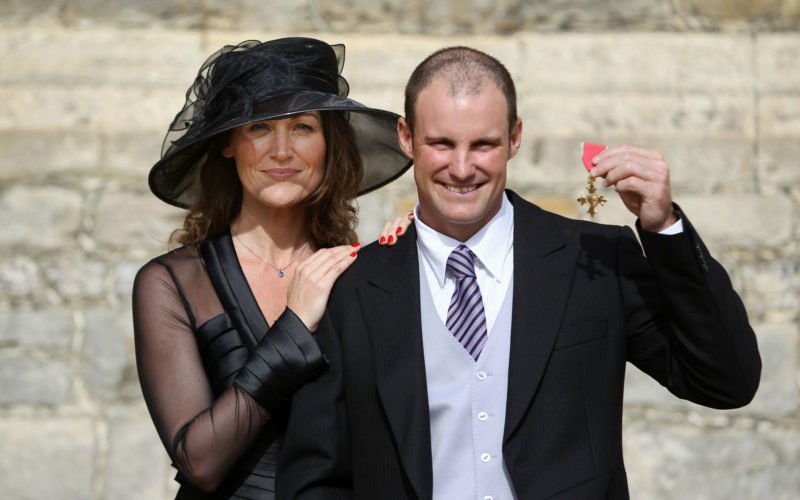 “He deserves huge respect for the way he has managed his role, fully supported Ruth and their boys and calmly considered this decision. And it’s hard to overestimate his contribution since joining us in May 2015.

“He is an exceptional talent and it is easy to see how he has made a success of each step in his career – moving from dressing room, to captaincy, to commentary, to a key role in the governing body – and all the while being the most popular of colleagues.

“Andrew has brought enormous credibility, measured thinking, strong leadership and exceptional insight and we have been extremely fortunate to have worked so closely with him for the last three and a half years. He has improved the ways we work and set the direction for the men’s Test, one-day and T20 teams.

Related Story: What will England’s international schedule look like between 2023-27?

“But whilst Andrew leaves the post he is not lost to the ECB. He is uniquely placed to help us define the role and help recruit the right person to build on his exceptional work.

“Supporting Trevor Bayliss and Paul Farbrace, huge progress has been made with England’s white-ball cricket, as Eoin Morgan has taken the team to number one in the world whilst playing exciting and engaging cricket. This was a key priority and Andrew has given us a great platform as we build towards the ICC Cricket World Cup next summer.

“With our Test team, Andrew started with a brilliant series against New Zealand in 2015 and steps down after a series victory over India, the top ranked team in Test cricket. At home we have secured hugely impressive wins against Australia, South Africa and India and we have defeated South Africa overseas. Looking at the young players coming through to international squads and the new selection process we are all full of optimism about the future.

“There is a range of factors that influence progress and Andrew has led significant steps in selection, player ID, the player pathway, innovation and coach development; some well documented already and others that reveal their full value with time.

“Andrew has also made a full and important contribution to building the wider strategy for the game with a deep understanding of the importance of driving participation, especially with girls and boys of all backgrounds.”