He hasn’t been at his best big-scoring form of late, but Alastair Cook showed he still has the hunger for runs with an unbeaten 154 against India A on Monday, July 16.

Cook opened the innings with Rory Burns for a strong England Lions side against the visiting India A team in a one-off four-day match in Worcester. The former England captain batted over six hours and faced 238 balls in scoring his 62nd first-class century.

Related Story: Catchin’ Sachin: The records still in sight for Joe Root as a Test batter

Cook lost his opening partner early, Burns dismissed by Navdeep Saini, the 25-year-old medium pacer, but then added 155 runs with Nick Gubbins, the Middlesex man. Gubbins scored 73 before falling to Ankit Rajpoot, another of the promising young Indian pacers, but Cook and Dawid Malan then batted through the rest of the day.

Malan joined Cook after 48 overs, and the two added 146 runs in their unbroken third-wicket stand in 40 overs to take the Lions to 310-2 at the end of the first day. 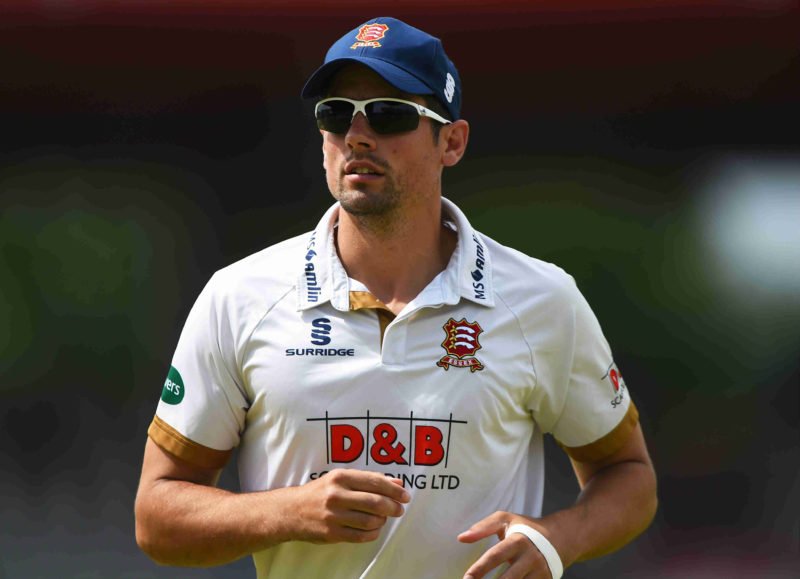 The Lions squad has a nice smattering of top-drawer players. Some of them, like Cook, haven’t been in particularly good form, while others, like Burns and Gubbins, are on the fringes of Test selection and were given an opportunity to press their cases. Chris Woakes, Sam Curran, Dom Bess and Jack Leach are also a part of the team.

Cook, who has so far hit 22 boundaries in his innings, hasn’t had a good time in days’ cricket recently. Since July 2017, he has hit two double centuries in Tests but has crossed 50 only twice more. There was even a five-Test run between August and December last year when his highest Test score was 37.

Then, after hitting 244* against Australia in Melbourne, he again had a poor run in New Zealand – 5, 2, 2, 14 in the two Tests – before showing hints of form against Pakistan at home, scoring 70 and 1 in the first Test and 46 in the second of the drawn series.

In first-class cricket too, while he has got half-centuries for Essex, he hasn’t been able to carry on and get the big ones he is known for. In the latest edition of the County Championship, he has hit fifties against Hampshire, Worcestershire, Lancashire and Somerset, but has a best of 96 and an average of 37.45.

With Mark Stoneman and Keaton Jennings, his opening partners in the two Tests against Pakistan, not going too well, Cook will have a big job on his hands in the Tests against India, and the runs in the Lions game should help his confidence.

The first of five Tests against India starts on 1 August at Edgbaston.