Tim Murtagh has admitted that he has not yet decided between continuing his career with Middlesex or Ireland after the 2019 English domestic season.

From the end of the 2019 season, Irish international players will not be able to qualify as domestic players in county cricket and will therefore be classed as overseas players. Each county is allowed one overseas player in each County Championship match, and two in the T20 Blast. 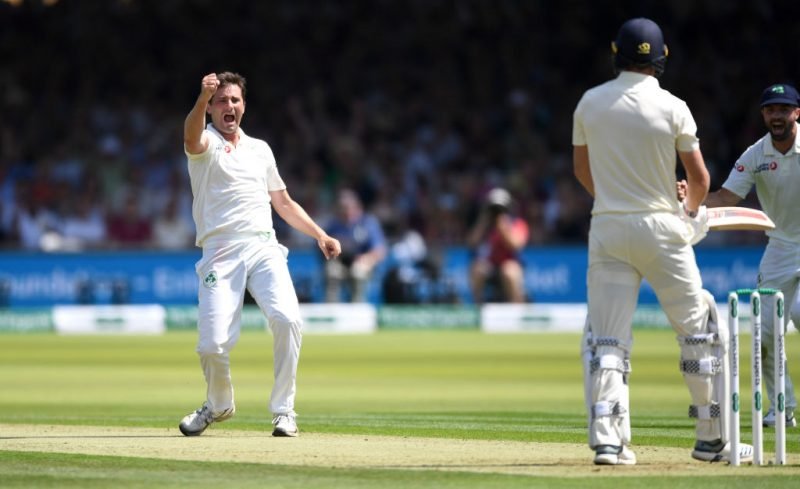 Murtagh, who has taken over 800 first-class wickets, will have to make a decision between continuing his international career with Ireland, or playing for Middlesex.

“It’s getting to the stage where we have to choose one or the other and I haven’t really made my mind up yet,” said Murtagh, on a recent episode of the Wisden Cricket Weekly Podcast.

“There are still discussions to be had with both sides but unfortunately that loophole has been shut and we can’t continue playing in county cricket as local players,” said the 38-year-old, who took 5-13 against England last week. “I’m going to have to make quite a tough decision at the end of the summer and decide which way I want to keep going.”

Related Story: How Graham Thorpe rubbed shoulders with the greats at the end of his career

Murtagh was born and brought up in England, but qualified for Ireland through his grandfather’s Irish nationality. “I was having dinner with Ed Joyce in 2011, I think, and he asked me about my heritage and the name Murtagh being Irish,” he also told the podcast.

“I said my grandad was born in Ireland and he put me in touch with the performance director of Cricket Ireland who was quite keen to get me qualified and get all my documents in order. So I’m thankful to him and to my grandad for being born in Dublin!”

You can listen to the full episode of the Wisden Cricket Weekly Podcast on the Podcast App or Spotify.

"Live coverage with a fairly captive audience, but opportunity not taken because its[sic] a bit cloudy and gloomy"