In a tour where Mohammed Siraj went from a back-up fast bowler to a first-choice one, his versatility came to the fore, writes Rohit Sankar.

Forty-nine overs into Australia’s second innings at the Gabba, the script is familiar. The hosts have a 200-plus lead, Steve Smith is edging close to a half-century and in the process of burying India’s hopes of salvaging the series. At this point, India aren’t looking to do anything more than stay in the game.

And right then, Mohammed Siraj puts him down in the deep off Washington Sundar. If there were a mic squeezed into Smith’s helmet, you might hear him mutter, ‘you’ve just dropped the Border-Gavaskar trophy’. It’s quite possibly the chance that decides the series, the one that could be the difference between an Australia win and a draw. What unfolds next ensures it isn’t.

Siraj is handed the ball a couple of overs later. It’s a moment that could shake any youngster on his debut tour Down Under. He has just dropped Smith of all people and is now thrown a challenge to dislodge him from the crease before the miss has really sunk in.

Was Siraj shaken? We might never know. A return catch off Cameron Green goes down in his first over of the spell, but over the next few overs, he did what might define what he could become in the India Test attack.

The ball from Mohammed Siraj which dismissed Smith leapt unexpectedly, bouncing about 45cm more than other balls on a similar length. #AUSvIND pic.twitter.com/u7fWNQ97qy

He stuck to his stock delivery, the inswinger, and on a wicket that was starting to generate uneven bounce, Siraj bowled a lot straighter, especially to Smith. One eventually jumped up off the surface to catch Smith by surprise and send him back. Two balls later, he nearly had Tim Paine too with another snorter that kicked up from a length. 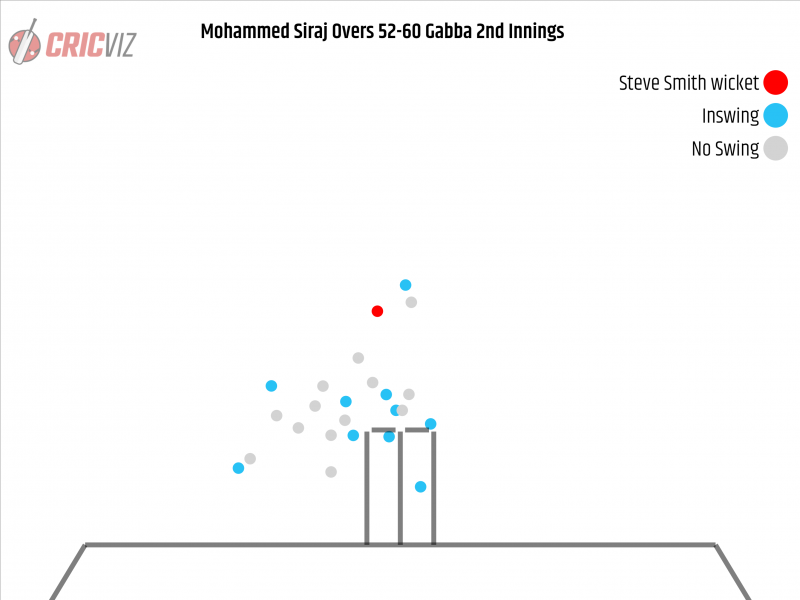 The highlight of the spell was his composure when a lesser player might have shrunk. Off-field matters hogged Siraj’s maiden tour with the India Test team: the personal loss he went through with the death of his father, the racial abuse at SCG, the footage of him shedding tears during the national anthem. What has gone under the radar is the maturity and skill he showed in the face of it all.

“I just wanted to run in and bowl fast,” Siraj says about his initial days in cricket – in fact, that wasn’t long ago that he first bowled with a red ball in 2015 – in a video released by Royal Challengers Bangalore during IPL 2020. A lot has changed since then. Skill took precedence over speed and his long-format stocks went through the roof, perhaps shrouded by his up and down IPL seasons. 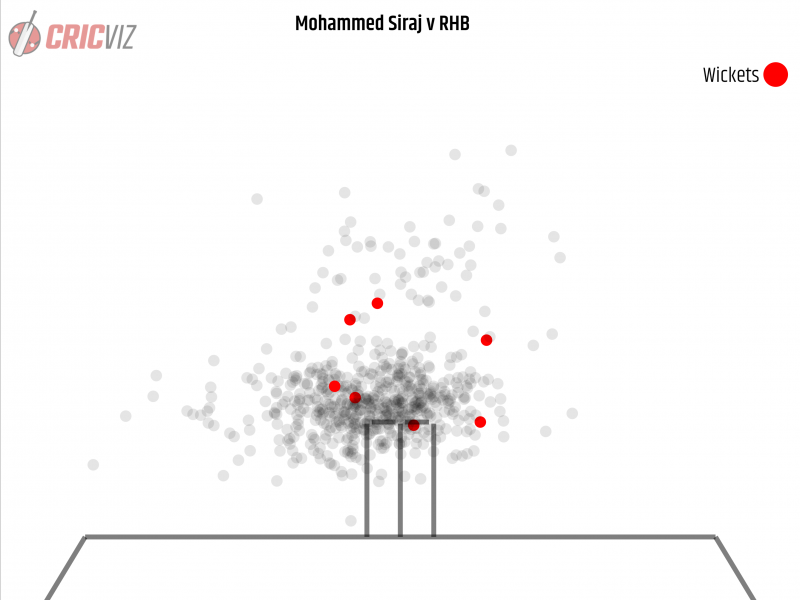 Mohammed Siraj to right-handers in the Border-Gavaskar trophy 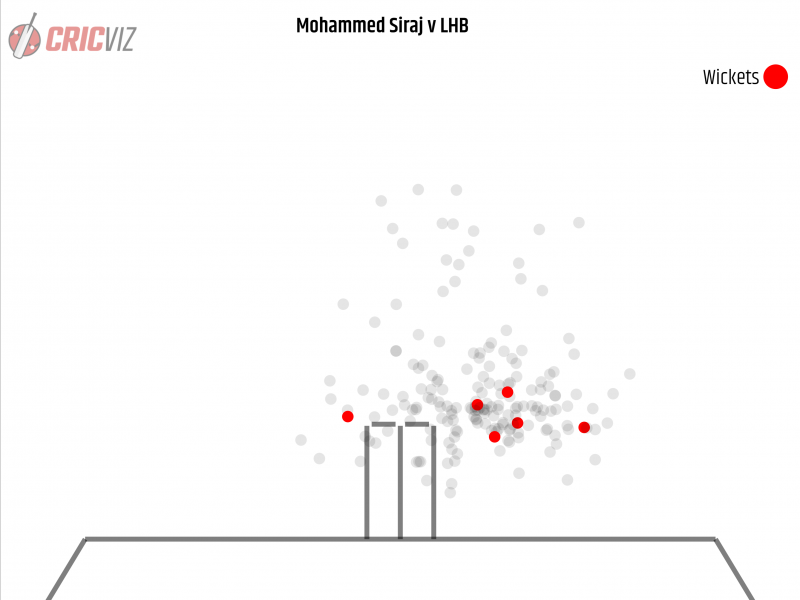 Mohammed Siraj to left-handers in the Border-Gavaskar trophy

The use of the new variation he picked up is a testament to his willingness to improve as a fast bowler. Against Green on his Test debut, Siraj set him up with a series of away swinging deliveries before bringing one back into him to trap him in front.

This came shortly after he had Marnus Labuschagne dismissed with another clever bit of bowling. Going wide of the crease against the Australia No.3, thereby changing his release point and angling the ball back into him, Siraj had him falling into the leg-side trap neatly laid out.

Swing direction from Mohammed Siraj to Cameron Green in the deliveries leading to the wicket:

Remember, this was his maiden Test wicket, one that had come after he wasn’t brought on in the whole of the first session on a fast bowler-friendly surface at the MCG. “When will I bowl?” Siraj had apparently asked his skipper at the lunch break, at least according to Jasprit Bumrah. When he eventually set up Green to take his second wicket in Test cricket, it was the 62nd over, but he was still generating movement. The degree of swing he generated even as the ball aged was remarkable right through the series.

While swing remained his most potent weapon, Siraj was clever enough to rely on seam when it wasn’t swinging. He found movement off the deck too, nearly equal percentages away and into the batsmen. Against David Warner in Brisbane in the first over of the Test, Siraj had three balls seaming into him before seaming the next one away to find an edge to the slip cordon.

He finished as the India’s highest wicket-taker in the series, but that was only a part of the story. For someone who has copped more than his fair share of criticism for his IPL exploits, Siraj’s red-ball skill and his giant heart came to the fore. Those trumped all else and in a tour when everything could have fallen apart, he rose instead, from being a fringe bowler to counting among India’s first-choice picks.