With honours even at the end of the first two T20Is, the decider at Mumbai turned out to be far more one-sided than many expected, courtesy of fireworks from Virat Kohli and KL Rahul. India raced to a quick start, and converted it into a 240-run total, well out of the reach of West Indies, whose batsmen hardly managed a suitable response. Aadya Sharma picks out the six balls that tell the tale. 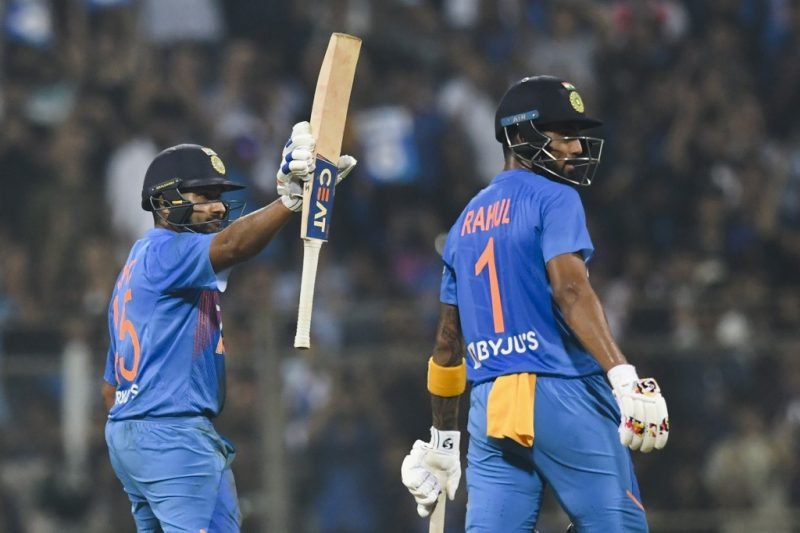 The first delivery of the innings, by Sheldon Cottrell, was a sharp yorker that jagged into Rohit Sharma’s toes. Rohit did well to dig it out, but gave the next delivery, a short and wide one, a mighty thwack over the cover fielder. Soon enough, the vicious opening delivery was forgotten, as both openers went hard at the ball.

The two found the fence with frequency and looted 72 runs within the first six overs. The game’s first six was Rohit’s 400th in international cricket. Soon, he tonked Khary Pierre for 4, 4, 6 in the eighth over to bring up India’s 100. Rahul, at the other end, was timing the ball sweetly, staying still in his crease to cut and drive deliveries with precision. Rohit departed for 71, but by then, the platform had been firmly laid.

Rohit Sharma hit his 400th international six during the third T20I against West Indies. He's the third Indian in the top 10. Who are the other two? Find out here.https://t.co/xfP3pBeDY7 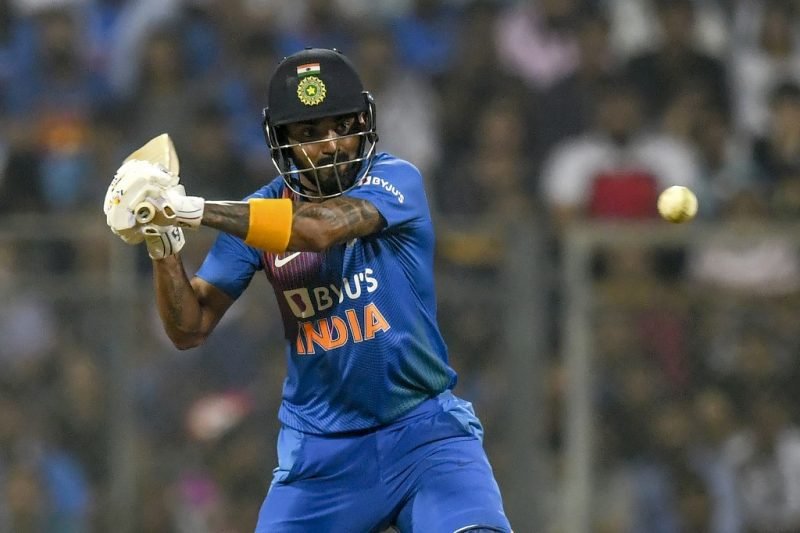 Amid all the madness around him, KL Rahul paced his innings expertly

Pant has been polarising opinions for quite some time now. Despite every failure being scrutinised with magnified lenses, Pant doesn’t seem to have let go of his free-flowing self. At 135-1, he was sent in to continue the charge. With Rahul garnering runs at an impressive clip, Pant decided to go after Kieron Pollard, but holed out his second ball to long off, having added nothing to the scoreboard.

Two wickets in five balls had a calming effect on Rahul. Between overs 11 and 16, Rahul hit just 16 runs, with Virat Kohli leading the boundary charge. Despite the limited strike, Rahul still finished with 91 off 56 balls, having batted into the 20th over.

The T20I format might be the lowest priority for Kohli on a personal level, but he seemed to have saved some extra zeal for India’s last 20-over series of the year. Pumped up after that exchange with Kesrick Williams over the last two matches, he ended the series with an average of 183.00, churning out two 50+ scores, one of them being his career-best.

KL Rahul misses out on a century, but Virat Kohli finishes the carnage off with a six as India set West Indies 241 to win the series. #INDvWI https://t.co/pISYvTYjxV pic.twitter.com/XjYFu9J5eC

On Wednesday, Kohli timed the ball as well as he ever had. This time, however, he did not just roll his strokes along the carpet, but went on a boundary-clearing rampage. In 39 balls, he hit seven sixes, the most he has hit in a single T20I innings, powering India to 240-3, their third-highest T20I score ever.

On the way, he clobbered Pollard for 27 runs in an over, hitting three sixes and a four in an over, and ended the innings with a six, using his bottom hand beautifully throughout his knock. 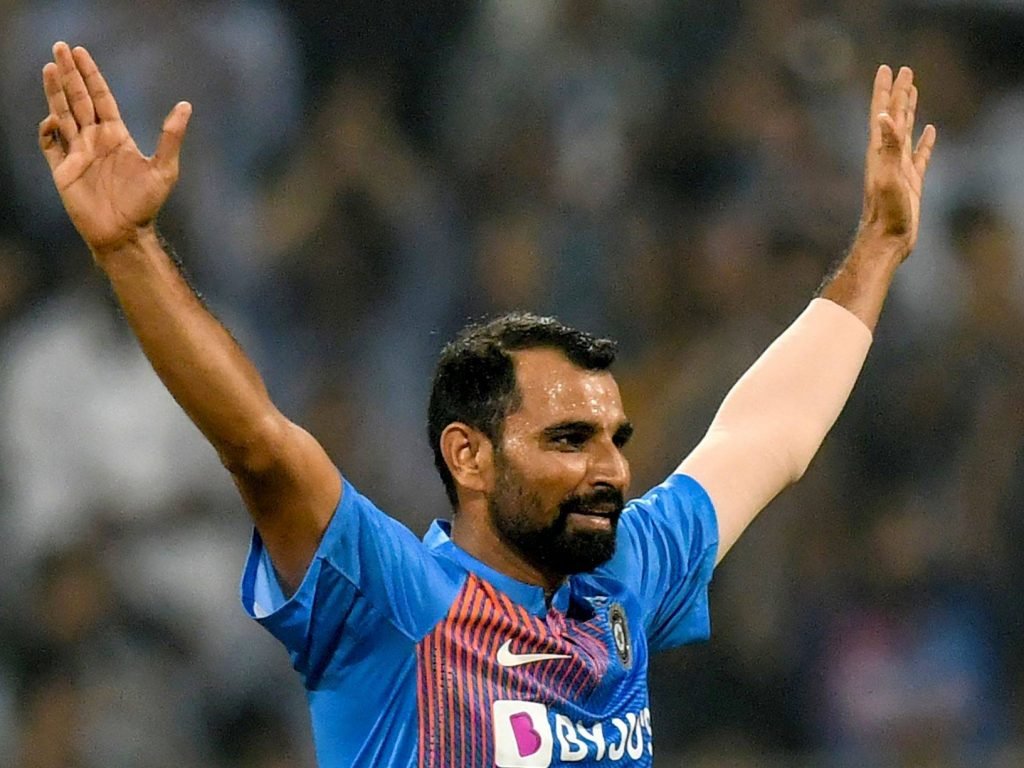 West Indies were forced to field a makeshift opening combination with Evin Lewis unable to bat after having suffered ligament damage in his knee while fielding. It took Bhuvneshwar Kumar little time to separate them, but the pressure was sustained from his seam-bowling teammates, Deepak Chahar and Mohammed Shami.

Shami, awarded a T20I spot after a stellar year with the red ball, cranked up the pace as soon as he got the ball in hand, stifling both batsmen with a consistent channel on the stumps. Frustrated by the lack of room, Lendl Simmons, India’s tormentor in the previous game, decided to clear his front leg and go after Shami. He played straight into the bowler’s trap, with his thick top edge pouched by backward point. Deepak Chahar soon joined the fast bowler’s party with Nicholas Pooran’s wicket, leaving West Indies tottering at 17-3.

It was Shami’s first T20I wicket since August 2016; he picked up another one, ending his comeback with figures of 2-25. 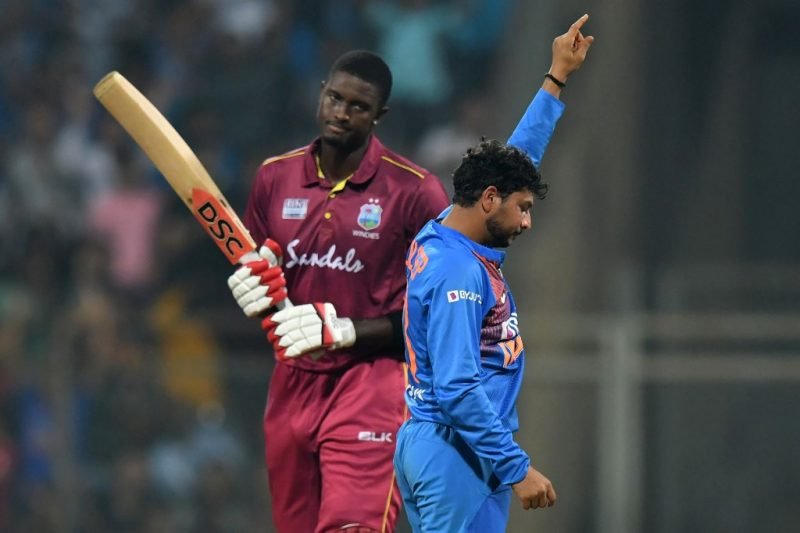 After taking seven balls to settle, and collecting three runs in that time, Hetmyer attacked Shami with back-to-back sixes, even as the required run-rate hovered close to 14. With Pollard for company, Hetmyer kept eyeing boundaries, with the duo stealing 19 runs off Shivam Dube’s over to keep hopes afloat.

Hetmyer enjoyed a stroke of luck courtesy of a drop from Shami; a hard slash flew to the paceman at mid-off, but Shami, attempting the catch with two hands, spilled it despite seeming to be in a good position. It seemed to be an expensive drop, especially when Hetmyer clubbed Kuldeep Yadav for back-to-back sixes, but he could not go on for long, skying a Kuldeep full-toss to mid-on. 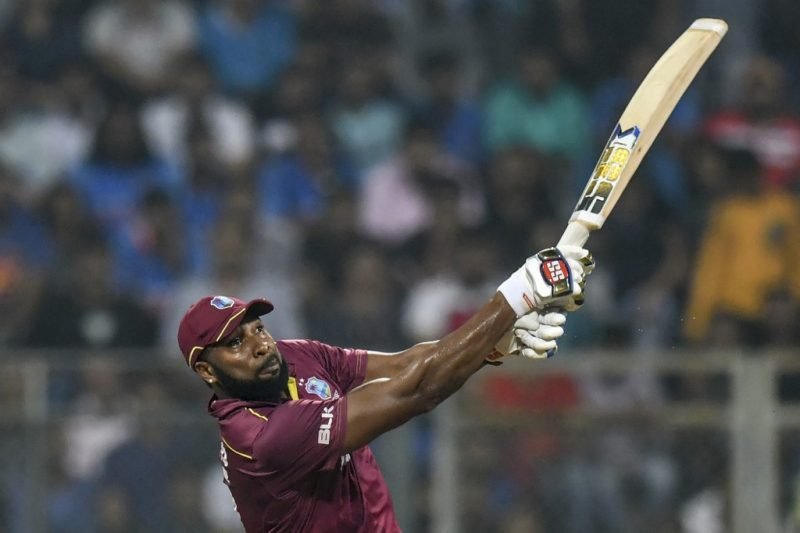 Kieron Pollard looks a determined man after taking on the responsibility of captaincy. With years of experience under his belt, and playing on the familiar terrains of the Wankhede ground [his IPL home stadium], Pollard was West Indies’ one big hope, especially after frequent wickets and rising run-rates.

He did steady the ship initially, and unleashes the big ones as the run-rate shot over 19, clattering Kuldeep and Bhuvneshwar for three sixes and as many fours in the 15th and 16th overs. However, his charge came a tad too late, and by the time he was dismissed, West Indies needed 100 in exactly 30 balls. They eventually lost by 67 runs.