The Dubai Test is interestingly poised ahead of the last day, with Pakistan just seven wickets away and Australia still 326 runs off the target.

Australia, set 462 to win – unlikely, given they scored just 202 in the first hit – ended the fourth day on 136-3. Like in the first innings, when they put on 142 for the first wicket, Usman Khawaja and Aaron Finch went well again, scoring 87 together before Mohammad Abbas felled Finch for 49.

Abbas, who had 4-29 in the first innings, then sent back the Marsh brothers Shaun and Mitchell to end the day with 3-26; one more on the last day, and he will join Yasir Shah as the fastest to 50 Test wickets by a Pakistani, in nine Tests

That's stumps! The partnership between Khawaja (50*) and Head (34*) is worth 49 runs from 110 balls with 90 overs to go… https://t.co/HlSp2YCFil #PAKvAUS pic.twitter.com/UItGiOahPd

Most people would have expected spin to be a major factor, and it has played its part, but reverse swing has had a say too, especially in Abbas’ hands.

“We know always that on this kind of track getting 20 wickets is hard work, but if you stick to your plans then the opportunity comes,” suggested Azhar Ali, the Pakistan batsman, after the fourth day.

“You’ve seen that after the opening partnership between Finch and Khawaja we kept on our plans and the results really came our way. Mohammad Abbas executed his reverse-swing really well, he bowled wicket to wicket and once the guys in get out, it’s a hard pitch to start on.

“So we know that if we can hang in there, keep building pressure, it’s going to be hard work for the batsmen too.”

Abbas, who has had a fantastic Test career so far, is excited about the possibility of joining Shah, but is equally interested in scripting a win for his team.

Related Story: Marks out of 10: Player ratings for Australia after their 2-0 triumph against West Indies

“Yasir bhai has the record, in nine matches. But among fast bowlers, Waqar [Younis], [Mohammad] Asif and Shabbir [Ahmed] have 50 wickets in 10 matches. So my aim before the start of this match was to break that record and be the quickest fast bowler to 50 wickets. I now need one more wicket,” he pointed out. 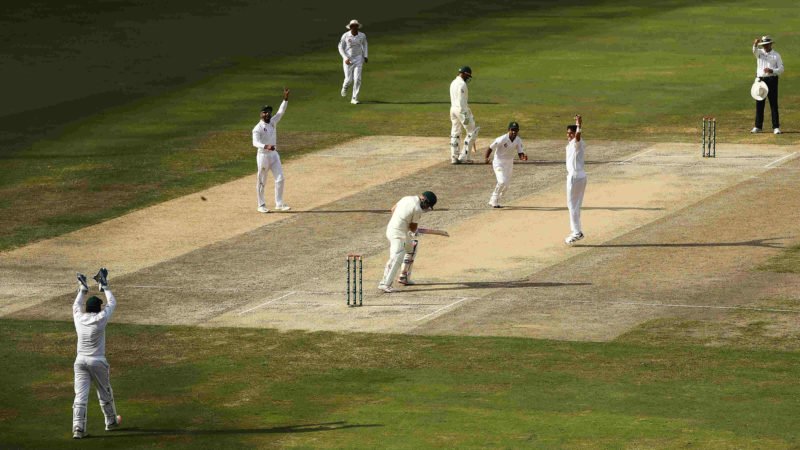 “I will try my best to do that. If not, I just want to bowl in a way that helps the team win.”

On a pitch where all the Pakistan second-innings wickets fell to spinners – Jon Holland 3-83, Nathan Lyon 2-58 and Marnus Labuschagne 1-9 – Abbas has stood out whenever he has had ball in hand.

“You should know your own strength,” he said. “I try to take wickets with the new ball. In these conditions, I focus on my line and length and not to give away too many runs, bowl on the right areas. 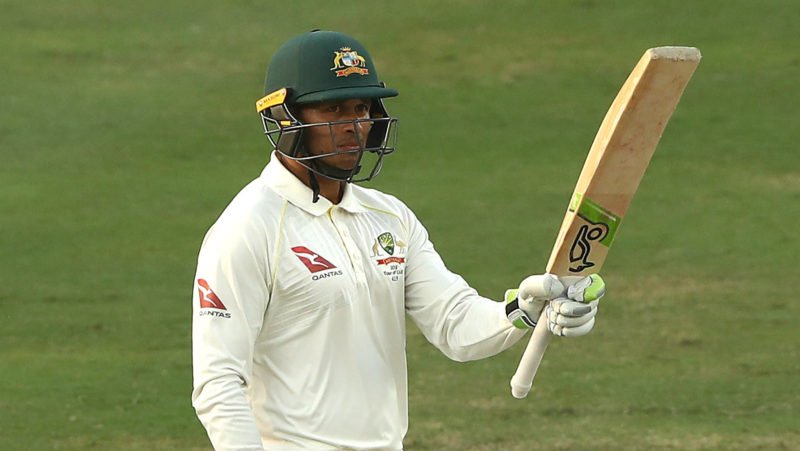 Khawaja has scored half-centuries in both innings

“When the ball starts to reverse, I try to attack then. I have been successful because of that. If you talk about pace, my fastest ball here was 138.1 (kmh) and my average speed is 130. I am happy with my speed. But I want to keep on working on my fitness to become a better bowler.”

Now, unlike in the first innings, where Australia went from 142-0 to 202-10, they have managed to avert a collapse in the second innings after the fall of the first wicket. Khawaja is unbeaten on 50, and has so far put on 49 with Travis Head (34*) for the fourth wicket.

“Nice to build a partnership and get to stumps with Usman – a nice finish to the day and an exciting day ahead tomorrow,” said Head, playing his first Test match.

“You get a rhythm and a feel for the bowlers. It was nice to get to stumps, get the momentum back a little bit. We’ve seen that if you can build partnerships that the game can drag out and start to slow up.” 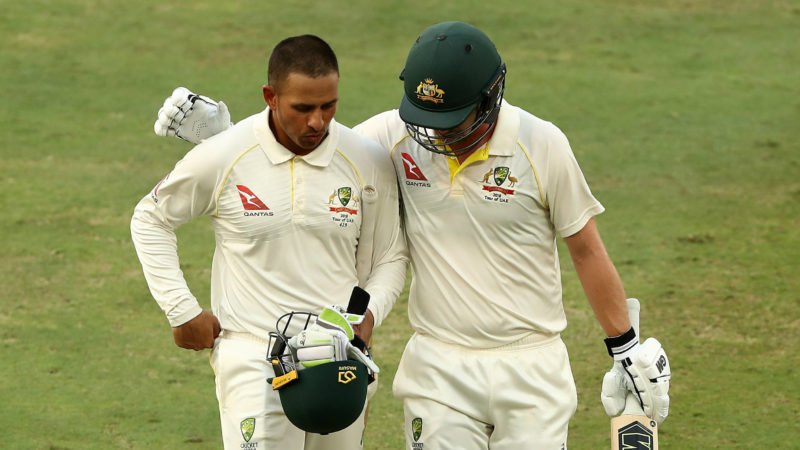 For Pakistan, “there’s a lot of hard work to be done but I think we’re standing in a very good position right now”, as Ali said, but the ‘hard work’ for Australia is likely to be more.

“We’re making sure we’re going out and backing ourselves. We’ve been batting extremely well, guys have had really good ‘A’ tours, we had a really good tour match last week,” said Head.