Yaseen Rana picks out five moments that defined the first day of the Edgbaston Test.

In just his second outing since his comeback into the Test team, Keaton Jennings could really have done with some luck as he sought to cement his place in the side. And he got exactly that when he was dropped by Ajinkya Rahane in the sixth over off Ishant Sharma’s bowling.

Rahane dived across Virat Kohli who was standing at third slip, dropping a touch chance low to his right. Had he left it for Kohli, his captain would have had a much easier chance. 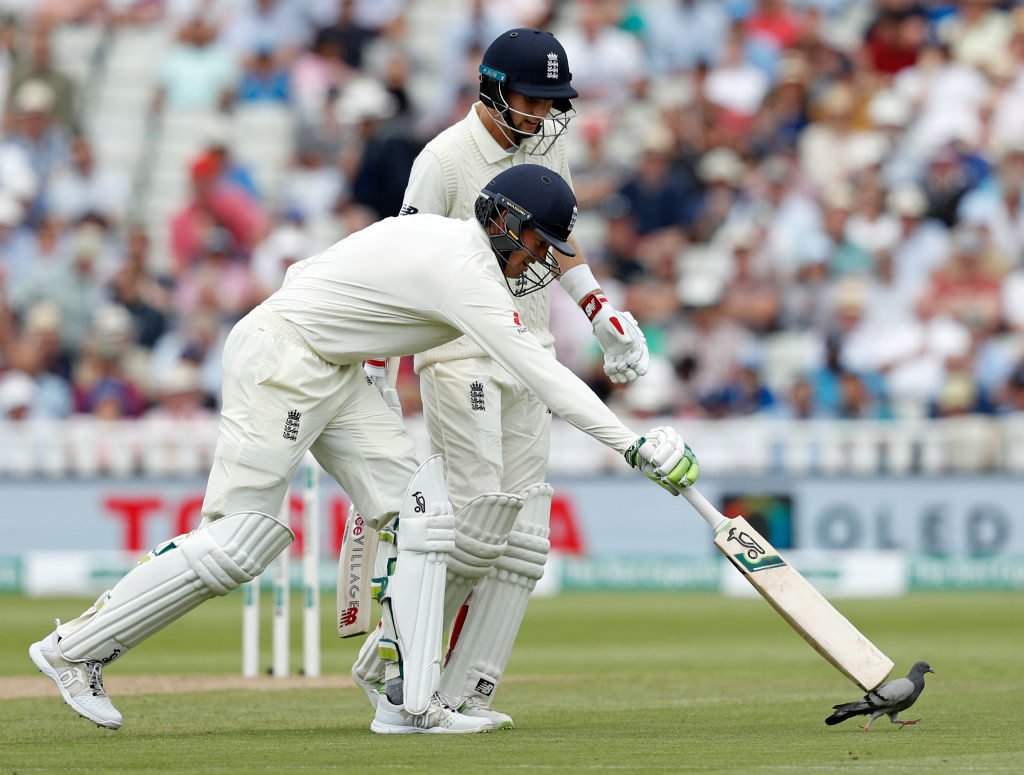 After composing himself well, Jennings looked at ease at the crease until a pigeon appeared at short mid-wicket.

Distracted by the bird, Jennings tried and failed to shoe it away before succeeding with his second attempt.

Next ball, Jennings defended a Mohammed Shami delivery onto his knee and into the ground. The ball rolled agonisingly towards the stumps, and again Jennings’ first attempt at a shoeing away failed. But this time there was to be no second chance, and the ball struck the stumps with just enough force to dislodge a solitary bail.

Did luck cancelling itself out after his let off earlier in the morning? Or was Jennings simply distracted by the pigeon? It wasn’t even that close to the pitch in the first place!

Considering England’s well documented difficulty in facing high quality spin bowling and that this has been one of the driest summers on record, it was a surprise to see India not select Ravindra Jadeja, who is ranked No.3 in the ICC World Rankings. It also lessened the surprise of seeing Ravi Ashwin called onto bowl in the sixth over. 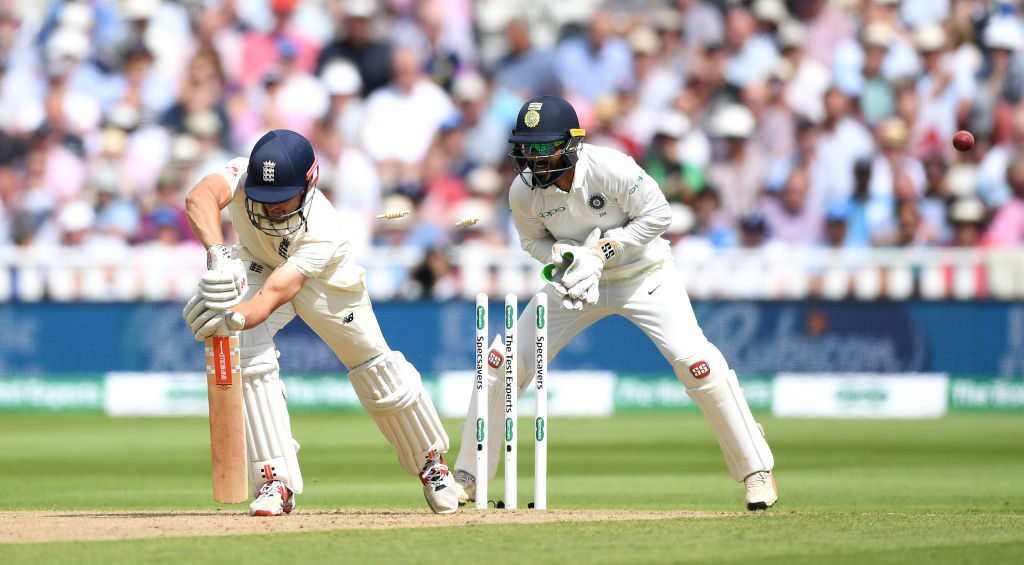 Virat Kohli’s plan paid dividends early on as Ashwin dismissed Alastair Cook with the ball of the day. Bowling from around the wicket, the ball pitched on middle and leg before turning sharply past Cook’s outside edge and clipping the top of off stump.

With the pitch taking this much turn on day one, it also called into question the logic of both teams selecting just one spinner. By the end of the day, Ashwin had four-for. England and Joe Root can only hope Adil Rashid can do something similar when he gets the ball in his hand.

With an edge past slip, Joe Root became the fastest man in terms of time to reach 6,000 Test runs, doing so in five years and 231 days. Though this accolade has much to do with Root’s relentless consistency, it also has a lot to do with England’s hectic schedule that has seen them play 71 Tests in that time period. 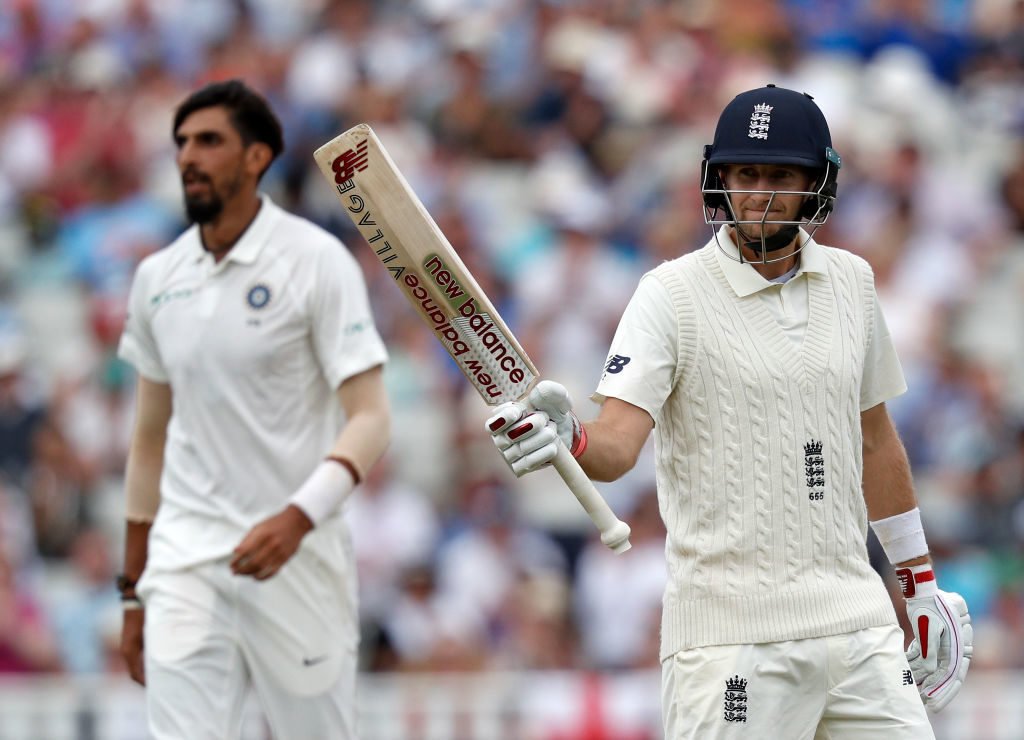 Yet another fifty for Root

In passing 50 for the 54th time in his Test career, Root has the second highest ratio of 50s per innings in the history of the game, with only Bradman ahead of him. With such an impressive career record already, it is easy to forget that England’s captain and most important player is still just 27.

After watching their former captain being bowled so comprehensively by Ashwin early in their innings, it would have been understandable for England to retreat into a shell and try to just see off India’s premier bowler. 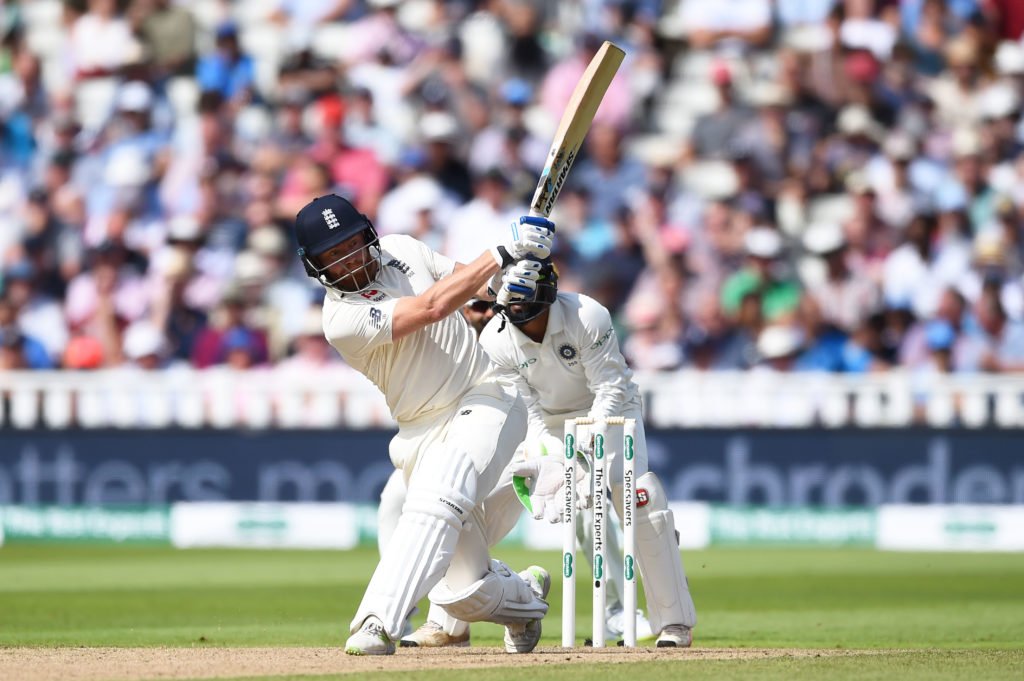 Bairstow takes it on

Instead, shortly after coming to the crease and with England in a spot of bother after losing Jennings and Malan in quick succession, Bairstow strolled down the wicket and deposited Ashwin over mid-wicket for four. In that shot he showed that England’s middle order would respond to Ashwin with attacking intent and try to disrupt his rhythm.

The aggressive approach served Bairstow and England well for a while, until…

The moment that totally turned the day. At 215-3 with Bairstow and Root well set, England looked in a good position to post an imposing first-innings total. Bairstow then played the ball into the leg side, calling his captain through for a suicidal second run that left him yards out of his crease. 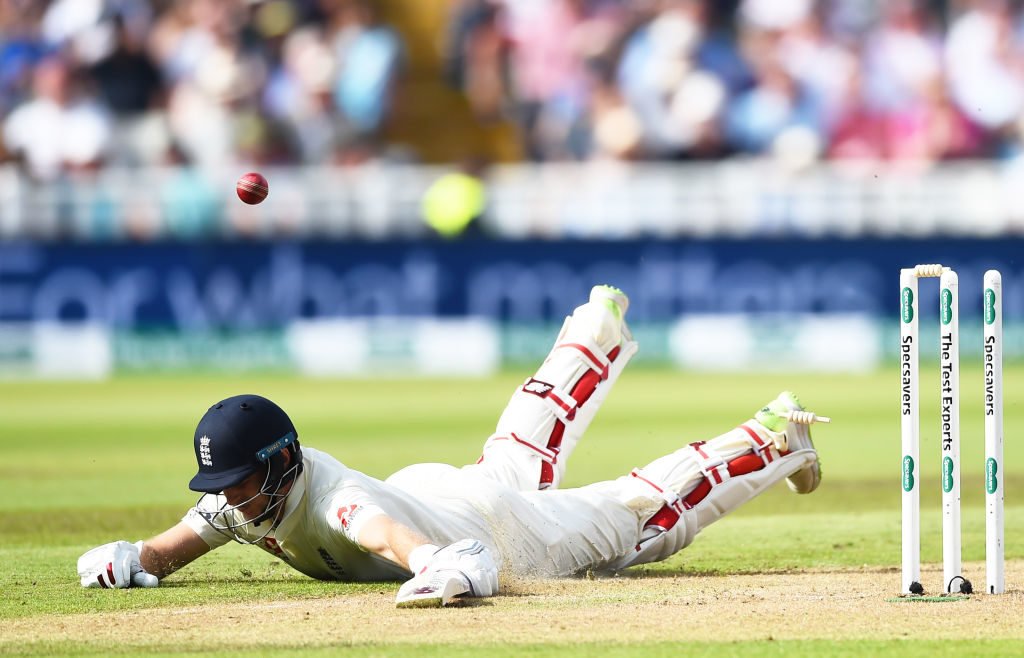 The fielding from Kohli – he slid, stood up and threw at the stumps in one fluid movement – was brilliant, the send-off – “Mic drop, f**k off” – unnecessary, but Root was so far out that the direct hit was just a bonus. The wickets tumbled regularly there on in with a depressing sense of predictability. How much will England rue Root’s dismissal?