The pivotal passages from the second day of the Lord’s Test, which ended with England firmly in front.

The actual moment of the day came before a ball was bowled, when Joe Root won the toss and gladly elected to bowl first. With conditions set to veer between overcast and biblical, it was as easy a decision as anyone has had to make since the Love Island fanbase crowned Jack and Dani as season four’s winners, and he was vindicated in some style as England bowled India out for 107 in 35.2 overs. Here are the five on-field moments which mattered on the second day of the Lord’s Test. 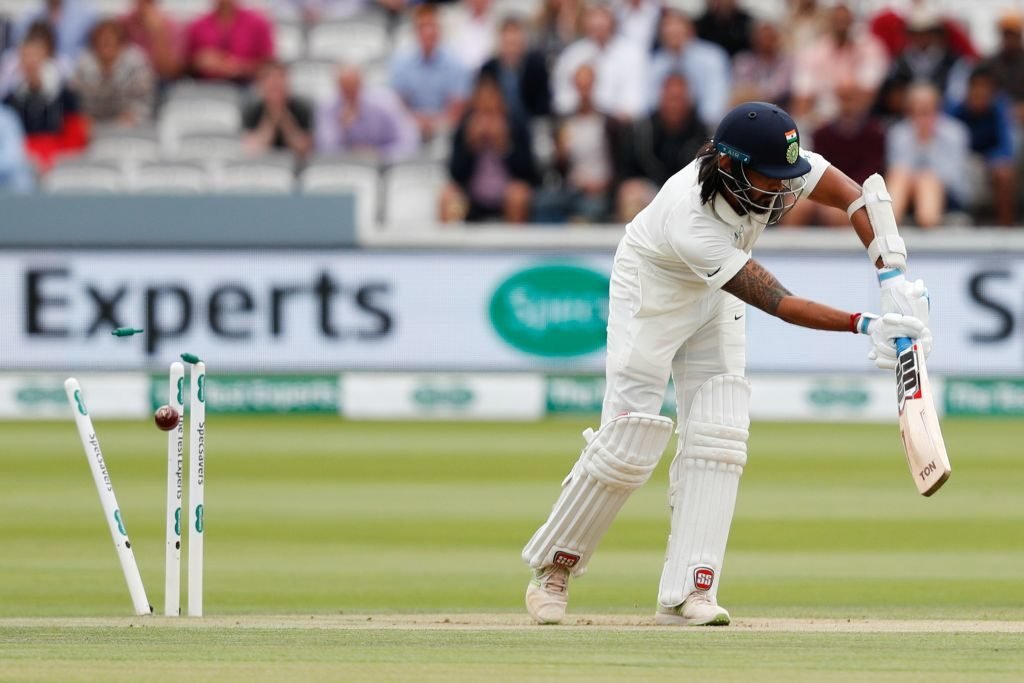 It took just five balls for James Anderson to confirm what everyone suspected – that today would be his day. This was yet another prized peach for the highlights reel, angling in, swinging away, and smashing off stump about halfway up, evidence of just how full Anderson was putting it. Murali Vijay didn’t help his cause by attempting to clip through midwicket, a remarkable choice considering his usual temperament, the bowler and the conditions, but it was likely only the difference between being bowled and edging behind.

It never rains but it pours

Cheteshwar Pujara has worked hard to earn his reputation as a run-out specialist but here he was virtually blameless. It was Virat Kohli’s call and he started sprinting down before sending Pujara back. By then fully committed, the No. 3 sacrificed himself for his captain’s cause. 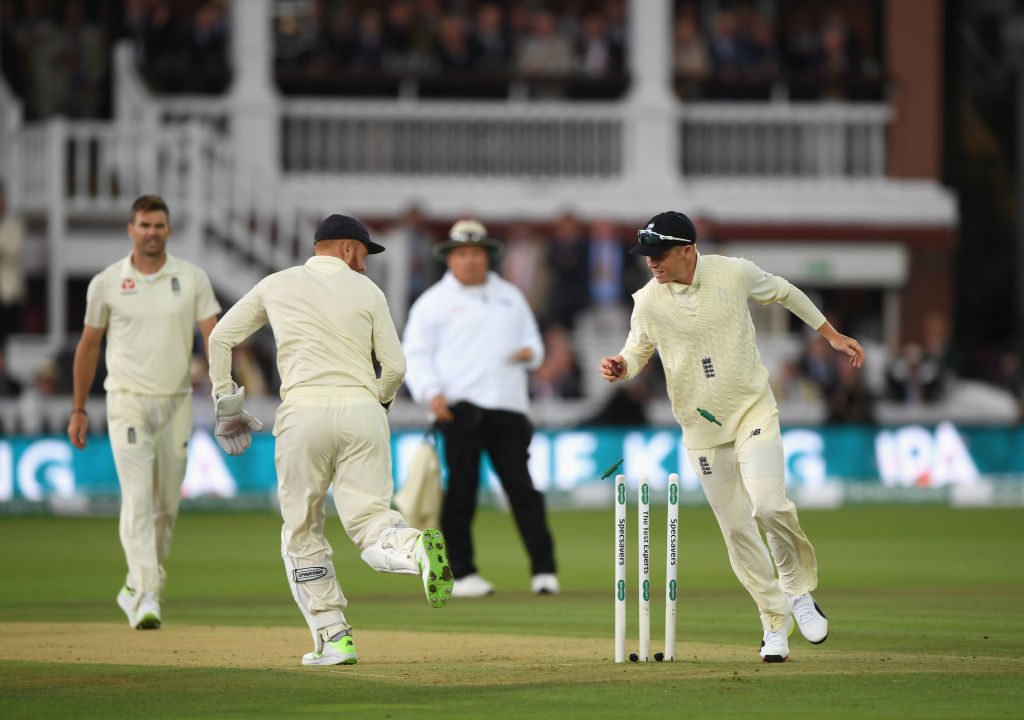 Pope gets Pujara moments before the rains fall

Kohli can perhaps be forgiven for having other things on his mind, not least the rain which had caused a momentary retreat two balls before and then lashed it down immediately following Pujara’s dismissal. Had he survived until the end of the over, India would have entered the rain break two down instead of three.

Included in place of the absent Ben Stokes, this Test could well prove pivotal in Chris Woakes’ career. Injuries, a failure to build on the rapid gains attained in a stellar 2016 summer, in which he was Man of the Series against Pakistan, and strong claims made by the likes of Toby Roland-Jones and Sam Curran have seen his primacy as England’s third seamer eroded. Today, he looked a man desperate to take his chance. 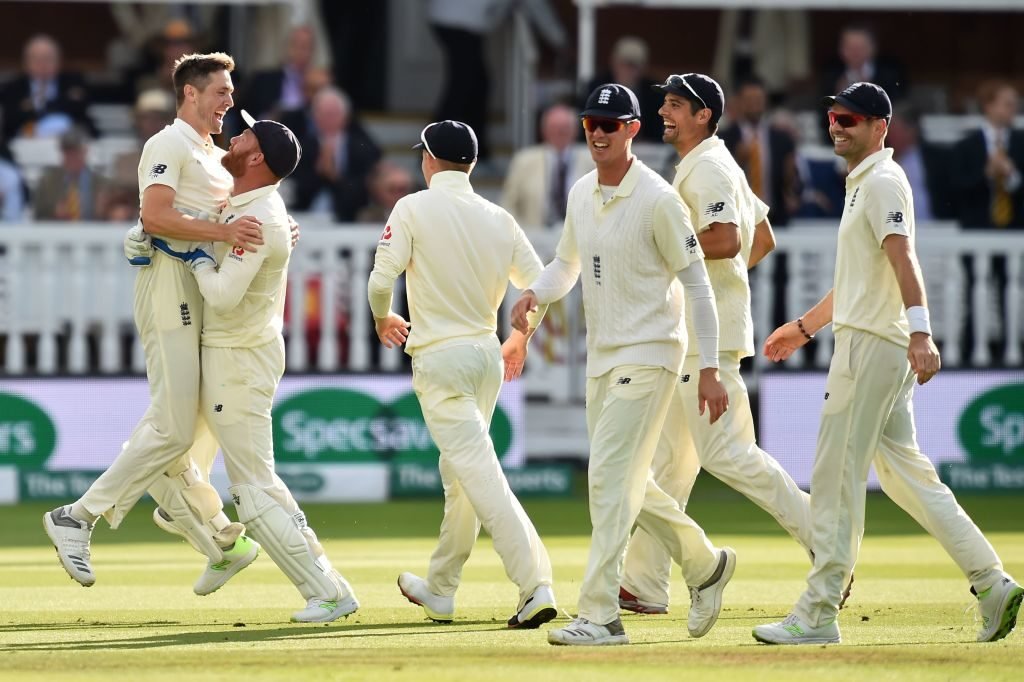 His work against Kohli in particular will have been noted appreciatively, and found the edge of India’s captain and lynchpin’s bat thrice before he dismissed him. The third edge was put down by Jos Buttler low to his left, and England’s slip catching remains a concern. Last game Kohli showed he’s a batsman you don’t want to put down, but he looked more in trouble against Woakes today than he did even against Anderson at Edgbaston, and duly edged the very next ball to the very same man. 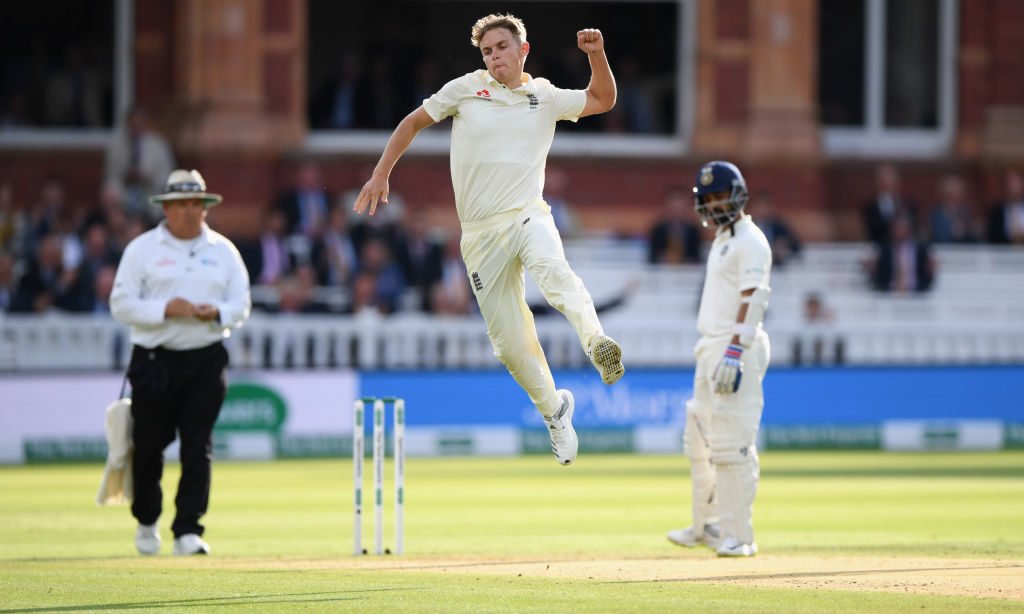 His presence today wasn’t as pivotal as it had been at Edgbaston, but Sam Curran still produced the day’s most eye-catching moment, a delivery which swung so much that the TV and radio commentators were convinced Dinesh Khartik must have played on. The customary leap and punch followed. Get used to seeing it in years to come.

Ten off three not out was what Mohammed Shami walked off with, having swung himself off his feet three times in succession only to see Ishant Sharma play cautiously and get pinned in front, completing Anderson’s otherwordly figures of 5-20. The innings ensured two things – that India would reach three figures and that England wouldn’t have to bat before stumps. Considering the carnage witnessed throughout the day, you’d think Joe Root will have been happy with the trade-off.