India have put themselves in pole position to win the third Test, declaring their second innings at Trent Bridge at 352/7 to set England an improbable target of 521.

While India’s batsmen applied themselves a lot better in this Test, seemingly having learned lessons from the defeats in the opening two matches, their task was made easier by England’s fielders, who dropped six catches in the match, taking the series tally to 15.

James Anderson’s reaction – slumped over with his face buried in his palms – to a missed chance by Keaton Jennings at gully to have Virat Kohli, the Indian captain who went on to complete a century, caught at 94 summed up the plight of the English bowlers. 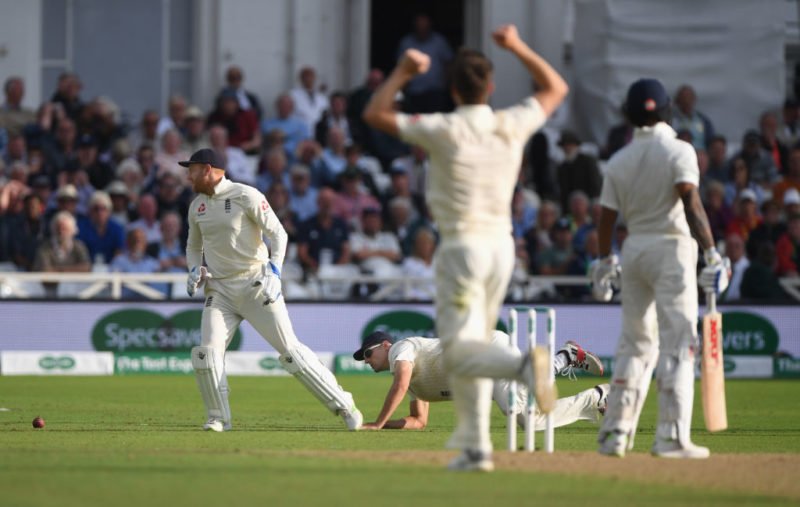 “Nobody means to drop chances, but it is becoming too regular”

Paul Farbrace, the England assistant coach, minced no words in his assessment of the fielders’ sloppiness, calling the blunders ‘soul-destroying’.

“We think we’ve caught some good catches but we can’t keep shelling chances the way that we are and that comes down to two things, that’s either concentration not being good enough, or in terms of confidence, when you start to miss chances, that starts to eat away,” said Farbrace after the third day’s play.

Farbrace was impressed by the heart shown by the home team’s bowlers despite having catches dropped of their bowling, and indicated that the management’s patience was growing thin after the repeated errors in the slip cordon. 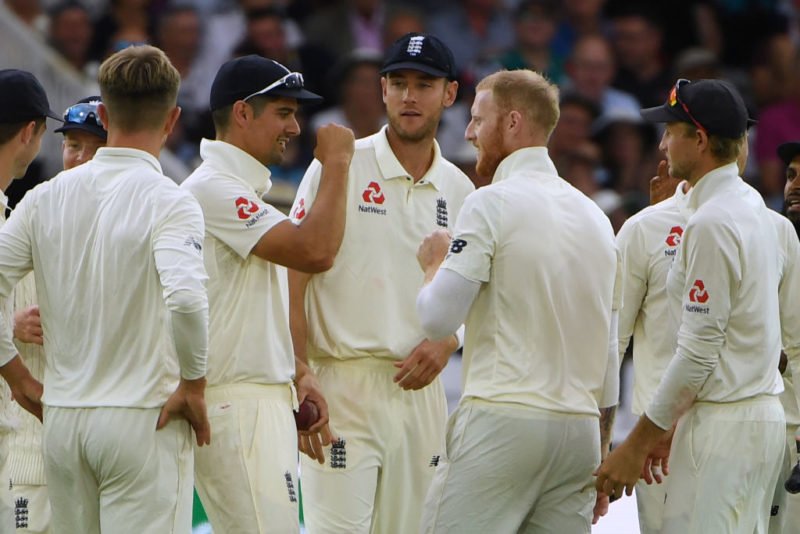 “The one great thing about today is that our bowlers stuck at their jobs really well. It was a tough day yesterday, and I think our bowlers did well to stick to their jobs today. We kept plugging away and working very hard. When bowlers create opportunities and catches are being dropped, that must be soul-destroying,” he remarked.

“Nobody means to drop chances, of course they don’t, but it is becoming too regular. (Catching) is like any other aspect of the game. When it comes under pressure in a game situation, that’s when you want the technique and hard work to stand out.

“There’s no excuses, there’s no hiding places. It simply hasn’t been good enough but we’ve been saying that for too long and we’ve changed people in there, but there’s only so many people you can put in there.”