Will Macpherson reports from The Gabba where, despite England having been in the game, Australia close in on an ominously comprehensive victory.

Australia are on the verge. They’re closer than that; it should end up a hiding, by more than a handful of wickets, some time early on the fifth day. They need 56 more runs, and every one of their second innings wickets in hand. The game at the Gabba has been a little different, the result is going to be the same.

Stuart Broad reckoned on the third evening that they were in the best position of any England side at the Gabba for 30 years and there was more than a morsel of truth in what he said. England have, a number of times, been in charge of this Test match and yet find themselves on the end of a hiding. Having been in the game, this is a defeat that will sting. 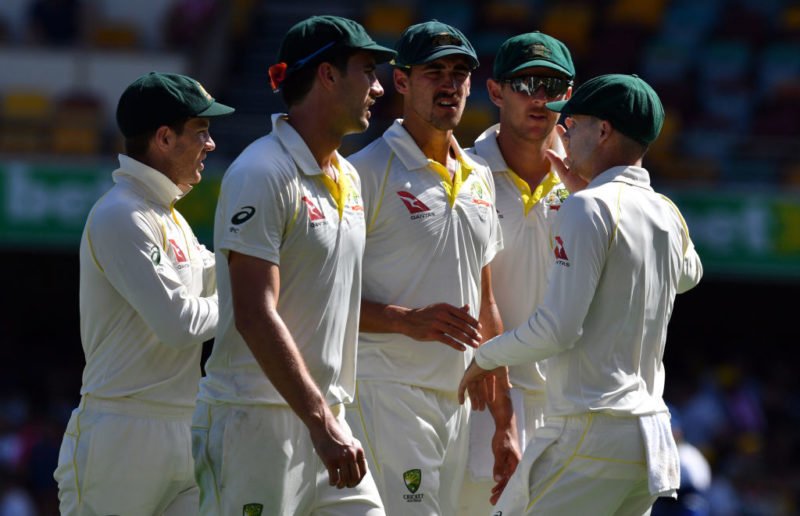 The tail is timid, and unable to hold Australia up. Twice Jonny Bairstow threw his wicket away when distrustful of what he was left with. The tail can neither be trusted to defend nor attack and when England are seven down then all is lost. They lost their last five for 40, four for 10 and three for 1. Australia’s method is to bowl at their heads, but it’s just as easy to bowl at their ankles.

The batting issues are not limited to the tail, though. England had seven innings that reached 38, but none that passed 83. Alastair Cook fell cheaply twice, the second of which was very ugly. Joe Root has fallen twice in identical fashion, lbw to the ball angled in to him, and has fallen leg before 11 times in his last 29 innings. His conversion rate remains a worry; he has 16 second innings half-centuries in Tests, but just one ton. Right now, there is a chasm between the quality of Root and Steve Smith. Moeen Ali, who was stumped in controversial fashion on Sunday, and Bairstow feel a little out of place – whether the wrong way round or with too little beneath them – just do not feel right at six and seven. The decision to give Moeen out was the correct one, by the way.

England had seven innings that reached 38, but none that passed 83

In Australia’s first innings, they were 30-2, 76-4 and 209-7, yet still forged a lead of 26. They have all the plans in the world, but none that look like dismissing Smith, who made an utterly imperious 141. Australia’s tail, right down to the last man, wagged too.

In the final session of the fourth day, the issues with England’s bowling were clearly exposed. James Anderson and Stuart Broad were excellent first up, and when returning late on to ensure the game went into its final day. But the drop-off is marked. Chris Woakes was superb in the warm-ups, but timid here, while Jake Ball – despite not bowling badly (and picking up the wicket of David Warner) – was broadly ineffectual. His place has to be under threat from Craig Overton in Adelaide. Overton is yet to score a run on tour, but will surely offer as much with the ball and more with the bat and will not worsen the bowling. He has a pink-ball hat-trick, too.

Right now, there is a chasm between the quality of Root and Steve Smith

That the game has gone into a fifth day is something, although returning – barring a miracle – for the last rites at the hands of David Warner and Cameron Bancroft, both of whom have half-centuries, will be painful. They do not have long to fix things, given the next Test starts on Saturday and the last three times England have lost in Brisbane, the Ashes have been lost in Perth. Ominous. Very, very ominous.