It was a crucial century for India, but from a personal point of view as well, it couldn’t have come at a better time for Pujara.

He was dropped for the first Test of the five-match series, and then struggled in three of his four knocks at Lord’s and Trent Bridge, where he eventually scored a fine 72 in the second innings. 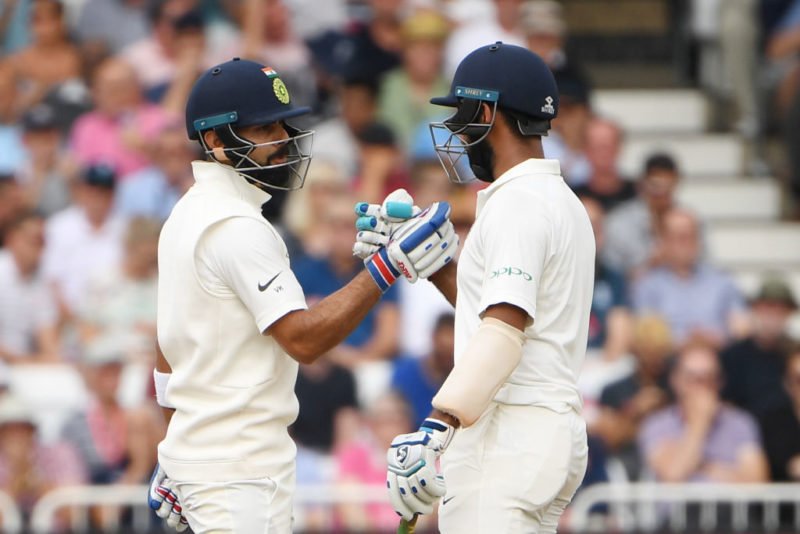 Pujara kept India afloat even as batsmen at the other end struggled. He added 92 runs with Virat Kohli for the third wicket, with the latter scoring 46, but no batsman thereafter got past 14.

Pujara, however, managed to stitch sizeable partnerships of 32 and 46 for the last two wickets with Ishant Sharma and Jasprit Bumrah, helping India to 273, a 27-run lead. Fittingly, Pujara remained unbeaten at 132 when the innings came to a close.

“He showed a lot of composure, clarity of thought and great discipline in his judgement outside off,” said Bangar. “You saw a great mix of caution and aggression in his innings. He also showed another facet of his batsmanship, a glimpse of what he could do when he was batting with the tail.

A hard fought CENTURY for @cheteshwar1.

This is his 1st century in England, 5th against England and 15th overall in Tests.#ENGvIND pic.twitter.com/S1TzJp2iA6

“Talent can not only be seen in class, but also in bloody-mindedness. He showed mental strength, patience and the concentration today.

“If you have all those characteristics, then even if you have some limitations in terms of scoring areas or not possessing all the strokes, you can become an effective Test player. That is what he showed.”

Bangar acknowledged that Pujara had some technical issues when he joined the team, which were ironed out through work with the support staff. 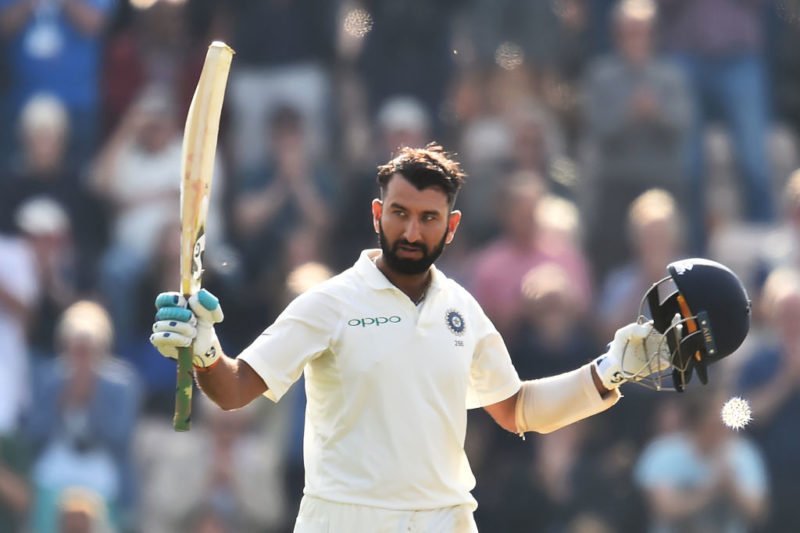 “He was struggling a bit when he joined the team, but you cannot really make decisions based on how one does in the first-class format because he’s a proven international player,” Bangar said.

“Obviously, certain areas had to be worked on. He had to get his balance and footwork right. Those were the two areas we worked on as a support-staff group, Ravi (Shastri) and myself. It’s heartening that the work that he put in was duly rewarded.”

Pujara’s brilliance didn’t mask India’s batting frailties, though. At 142-2, they had looked set to claim a commanding advantage, but those ambitions were quashed after Kohli’s dismissal, with Moeen Ali ripping through the middle-order, cashing in on some ordinary batting.

Five wickets for Moeen Ali! How good has he been? ?

“We thought two dismissals were pretty soft,” said Bangar. “Hardik really wasn’t on top of the ball while driving, and Ashwin attempted that reverse sweep at a pretty early stage in his innings.

“If he was set and batting with the tail, one could have thought that shot was on. But at that point in time, when Pujara was going so well, maybe they could have done things differently.”