In the latest issue of Wisden Cricket Monthly, out November 11, we preview England’s Test tour of Pakistan by analysing the adventurous group of new or returning batters they have selected, tearing up the playbook in the process.

A 15-page special feature includes exclusive interviews with Harry Brook, Ben Duckett and Keaton Jennings, while we also profile Will Jacks and Liam Livingstone, two white-ball guns who may have a significant role to play with the ball in Pakistan.

Elsewhere in a new-look magazine which includes fresh features, new writers and a special coaching and equipment section, Jo Harman investigates what went wrong at Yorkshire this summer, Matt Roller explores how T20 is expanding the game’s traditional borders and James Wallace examines the art and evolution of fielding.

Mel Farrell, our new star interviewer, speaks to Faf du Plessis about his spicy new book, Phil Walker picks out the best practitioners of cricket’s most thrilling shot, Jack Russell discusses the day that changed his life, and Alan Butcher lifts the lid on what it’s like to be the parent of an England cricketer.

There’s the usual brilliance from our team of columnists – Mark Ramprakash, Lawrence Booth and Andrew Miller – and Alex Tudor, Lydia Greenway and Simon Harmer offer their expertise in our new coaching series. We also pick out the best cricket gear from 2022, offering a 10 per cent discount through Pro:Direct.

“[This year] I felt like I could just go out and do whatever I wanted. Whether I got a short ball first-up and hit it for six, that’s a good thing. But if I got out, so be it. I was playing carefree and in the moment.”
Harry Brook, who’s likely to bat at No.5 for England in Pakistan, speaks to Cameron Ponsonby about his stellar summer 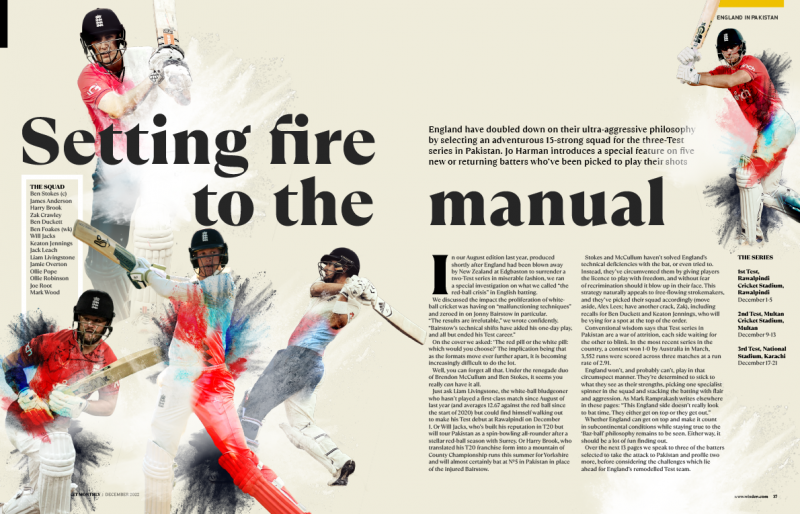 “I think in this England squad right now, the way of defending is actually attacking, and for me if I’m facing a bowler, and especially someone who’s spinning it into me, nowadays my forward defence really is a sweep.”
Ben Duckett, recalled to the Test squad after a six-year absence, says he will be taking the positive option if selected in Pakistan

“You might imagine the ICC would choose its partners more carefully. But the same short-term thinking that has prompted the likes of Aramco to extract as much fossil fuel as they can while they can also applies to the game’s governing body.”
Lawrence Booth argues the ICC’s partnership with the Saudi oil giant is a dereliction of duty

“We decided to bring binoculars to the second Test [that preceded Cape Town] and almost bird watch. We just tracked the ball. That’s all that happened. I suppose through that, the cameras pick it up and then it becomes, ‘What are you looking at?’”
Faf du Plessis looks back on Australia’s infamous 2018 tour of South Africa in conversation with Mel Farrell 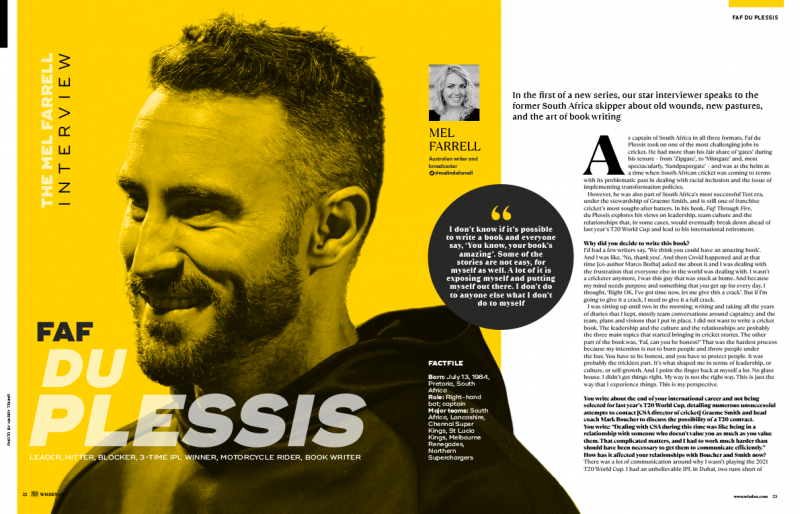 “When you play for England it’s the pinnacle of your career and I think you’re on shaky ground when you pick a player for playing one way and then tell them to go and play in a different way at the highest level. I think there’s a player in there who could have a good Test career in different circumstances.”
Mark Ramprakash says he has sympathy for Alex Lees after the opener was axed from England’s tour of Pakistan

“We had a connection with the past staff, and it takes time for new staff to come in and get used to a group of players and impose how they want us to play moving forward.”
Jordan Thompson, the Yorkshire all-rounder, tries to make sense of what went wrong at Headingley this summer 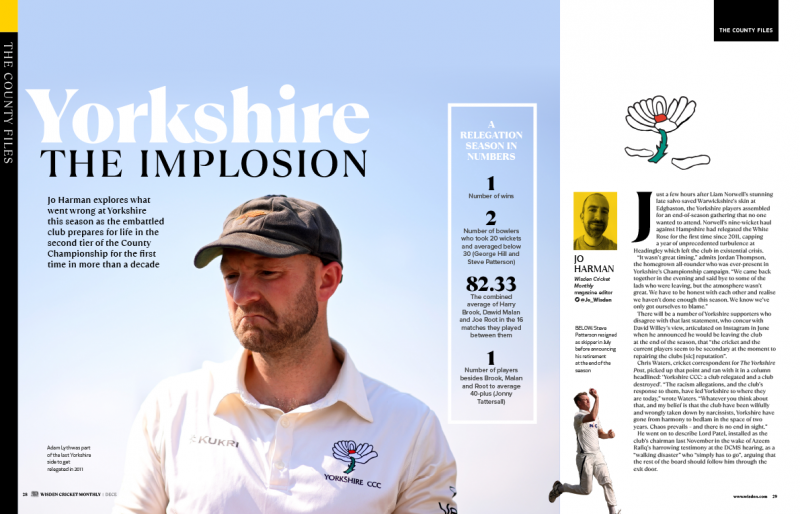 “There remains a strong suspicion that while Gould was and remains wedded to the ideology – and, crucially, the authenticity – of the somewhat altruistic 18-club model, he is also a pragmatist who does his work around the bottom line.”
Phil Walker on the appointment of Richard Gould as the ECB’s new chief executive

“The England boys always ask: ‘Do you miss playing?’ And the only thing I do miss is fielding. I never had any anxiety in the field like I did with batting. I wanted the ball. All the time.”
Paul Collingwood on the art and joy of fielding 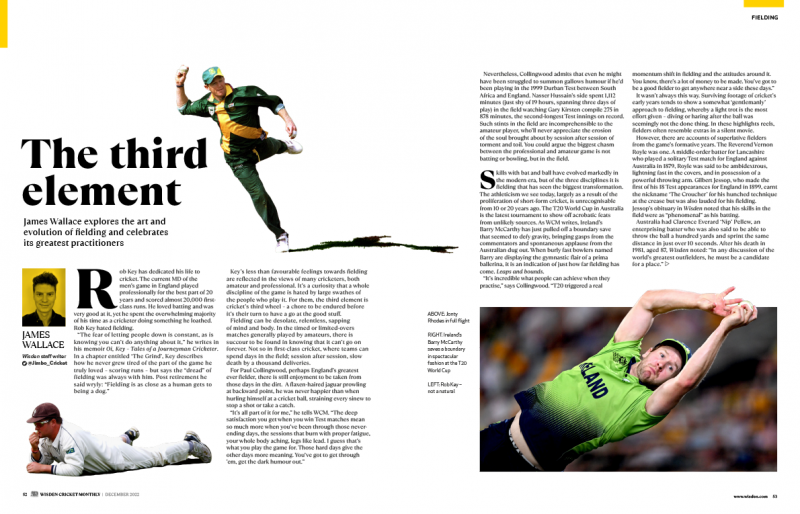 “I watched Mark struggle and I knew what it was that he needed to sort out, but I didn’t feel like I could go and interfere with the England coaching. And it’s not always easy suggesting technical changes to your son.”
Alan Butcher on being the parent of an England cricketer 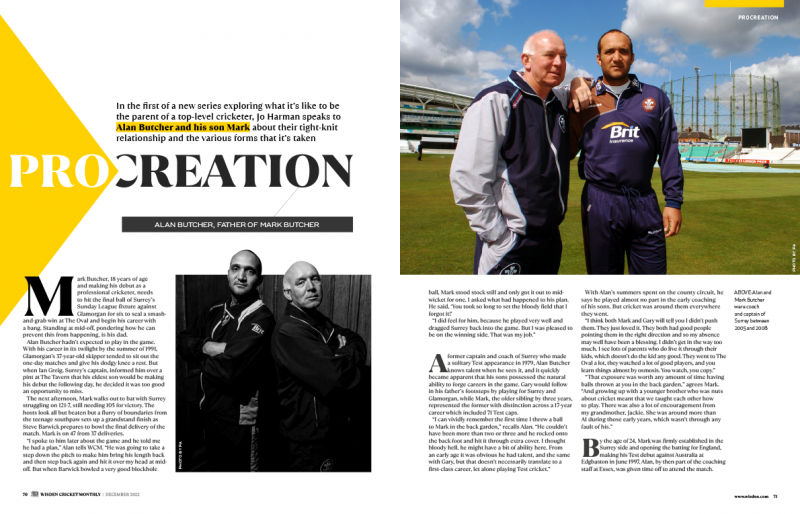 “I was heard saying: ‘If Rembrandt can do it, then so can I.’ It sounds like something I’d say.”
Jack Russell on the sketch which changed his life 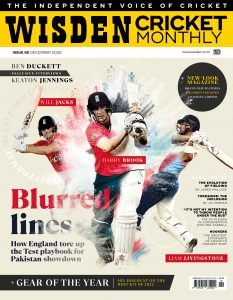