In the latest issue of Wisden Cricket Monthly, out September 15, we ask a selection of voices from within the game to explore their relationship with cricket, and to consider what it could look like tomorrow.

With cricket at a crossroads, Michael Holding, Isa Guha, Mark Ramprakash, Glenn Turner and David Lloyd are among the 11 voices who share their hopes and concerns for its future, each offering a personal perspective on the rapidly changing landscape.

Elsewhere, Ed Smith reflects on his time as national selector in conversation with Matt Thacker, Taha Hashim goes inside the South Asian Cricket Academy and John Stern revisits England’s last tour of Pakistan in 2005, when the glow of Ashes victory quickly disappeared.

Andrew Miller gives his appraisal of The Hundred, Raf Nicholson considers who should replace Lisa Keightley as England Women head coach, Mark Ramprakash attempts to unravel the high-performance review, Lawrence Booth picks out the defining moments from a spectacular summer of Test cricket, and Phil Walker assesses the appointment of Richard Thompson as ECB chair.

We also have 15 pages of dedicated county coverage, including interviews with Darren Stevens, Ali Orr and Rehan Ahmed, plus Amer Malik speaks to three Pakistani stars about their summer on the English domestic circuit.

“Whether it is the weight of responsibility and toxicity around different social issues, or struggling with grief, it’s been talking cricket which has provided me with a comfort blanket.”
Isa Guha on the game’s enduring appeal 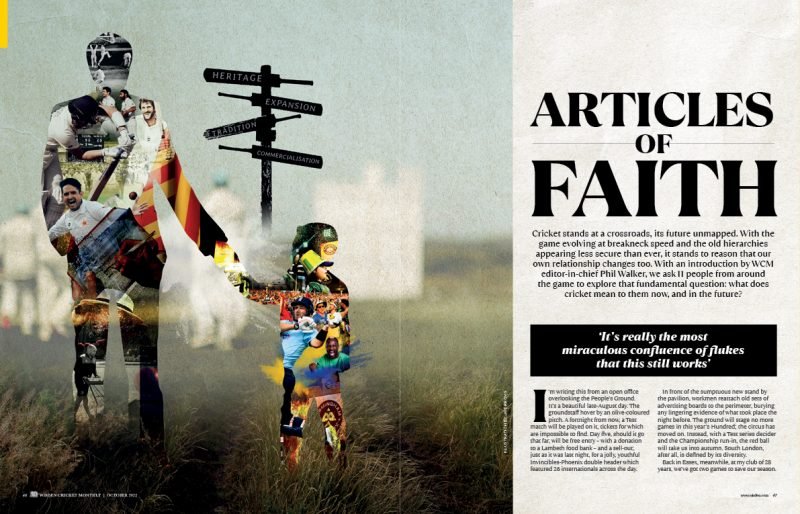 “To be honest, I hardly watch any cricket these days. And as for West Indies cricket, I try not to think about it, because it is that painful. It’s not been easy, and it still means a lot to me, but over the years I’ve been able to wean myself off it.”
Michael Holding on his complex relationship with cricket

“The administrators need to put the game first. The game itself is above individuals, organisations, corporations and brands. Of course it has to be commercial, viable, but not above everything else. Cricket will always survive but there will be far less Test cricket in future. The game is evolving and that’s an area which will recede.”
David Lloyd on what the future holds

“The only time I was nervous was meeting Jimmy Anderson, then having to perform in front of him. That’s the time I had a case of butterflies in my stomach.”
Hassan Ali is one of three Pakistani stars who speak to Amer Malik about their experience of county cricket this summer 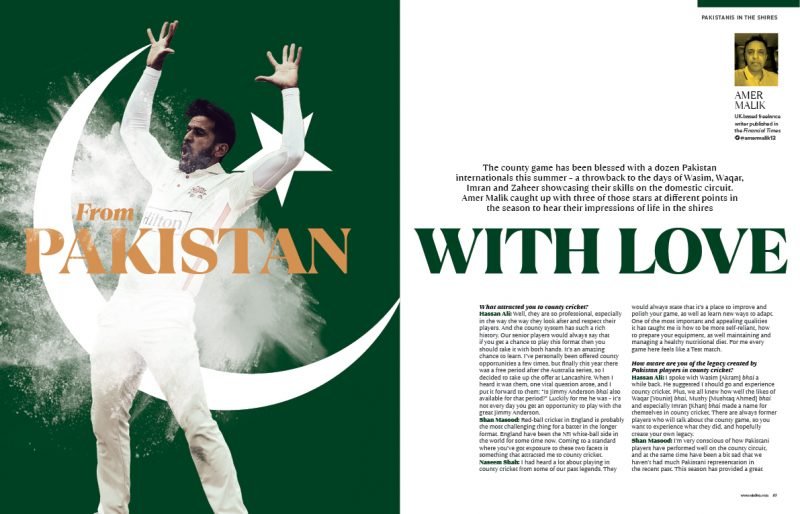 “The general tone of The Hundred reeks of desperation – a need not simply to be liked, but to be vindicated, whether that’s getting vastly over-excited about every glimmer of professional-standard cricket, or every cutaway to a kid in the stands who represents a newly ‘inspired generation’.”
Andrew Miller gives his appraisal of The Hundred after a second edition of the tournament which he argues failed to catch fire

“There’s simply no algorithm that can help you with the question of whether Zak Crawley should play in the next Test or not.”
Ed Smith, England’s former national selector, reflects on his time in the role and gives his insight into the selection process 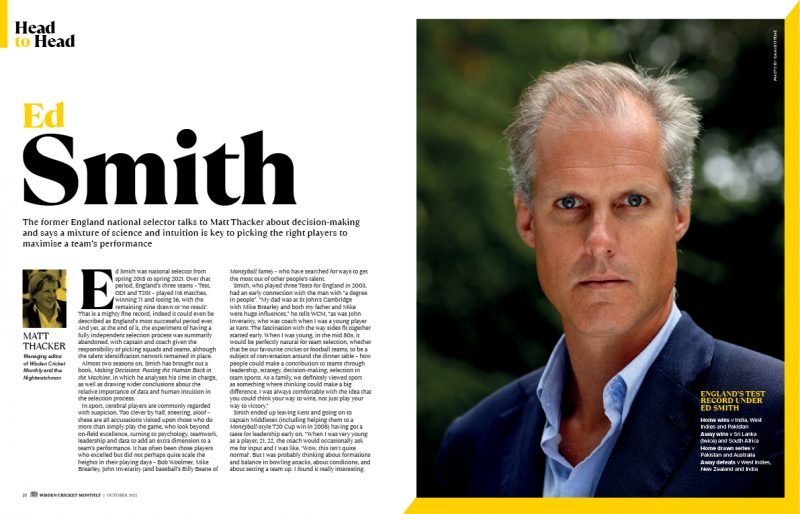 “If you are talking about high performance – in terms of preparation and practice – you can’t seriously say that playing a couple of Hundred games is the best way to be successful in Test cricket. Anyone who says differently is kidding themselves.”
Mark Ramprakash on the conflicts and contradictions of the high-performance review

“I’m looking for more of a player/coach role. I’ve been pushing Kent for years, but for some reason they don’t want a bar of it. It baffles me really.”
Darren Stevens tells Jo Harman he isn’t happy to be leaving Kent 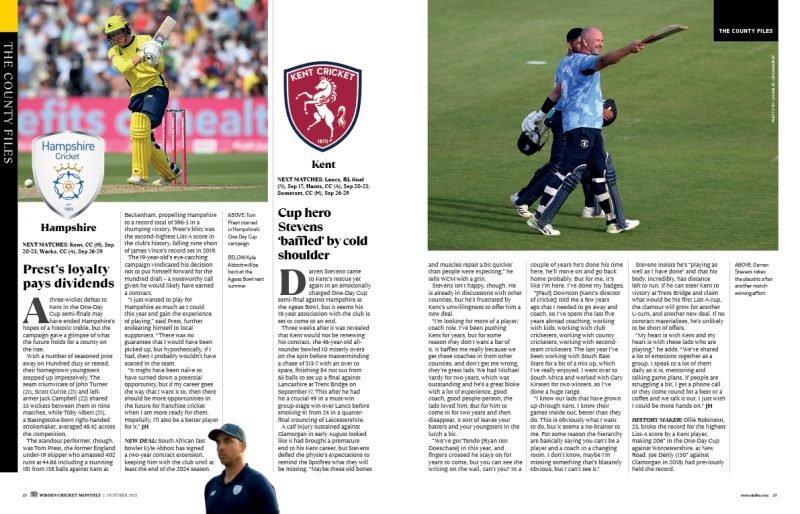 “I could see that Hales’ various idiocies could be viewed as disruptive to the equilibrium of the group, and that he’d fallen out with some big players in that set-up. But the pious moralising around it, feeding the sense that it was fair game to hang him out to dry, was ugly.”
Phil Walker says Alex Hales’ England recall ahead of the T20 World Cup was overdue

“It’s this power structure which presents the ECB with a dilemma as they begin the process to appoint Keightley’s successor. Do they want a continuity candidate, who will be happy to play second fiddle to Knight? Or a change candidate, cast more in the Mark Robinson mould?”
Raf Nicholson considers who should replace Lisa Keightley as England Women head coach 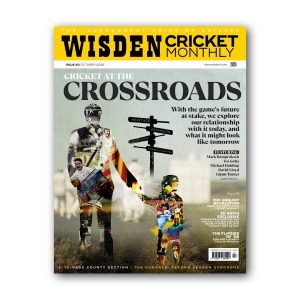