The latest issue of Wisden Cricket Monthly, out August 11, previews England’s Test series against South Africa, including an exclusive interview with Proteas skipper Dean Elgar and analysis from former Australia captain Mark Taylor on how Ben Stokes is attempting to redefine captaincy.

We also offer our series predictions, a first-hand account of Atherton and Donald’s epic duel, and Jo Harman revisits the classic 2003 showdown between the sides, when Nasser Hussain stepped aside for Michael Vaughan and the hosts took a famous smash-and-grab victory at The Oval.

In County Files, we speak to Keaton Jennings, James Vince and Sam Northeast among others, and analyse how the Championship title race is shaping up.

As for our columnists, Andrew Miller delivers a mea culpa for coining the term Bazball, Lawrence Booth reflects on Stokes’ ODI retirement and what it means for the format, Mark Ramprakash explores the mysteries of form, the South African writer Neil Manthorp outlines how his country’s priorities are shifting, and Andy Zaltzman leaves no stone unturned in his examination of the number 27.

“The new England style is quite interesting. But I don’t see that there’s longevity in brave cricket because I see things evening out over time in Test cricket. There was often parity between England and New Zealand [in the recent Test series] and had New Zealand taken their opportunities then things could have been very different. England would have come away with egg on their faces.”
Proteas skipper Dean Elgar tells Luke Alfred he senses an opportunity against England 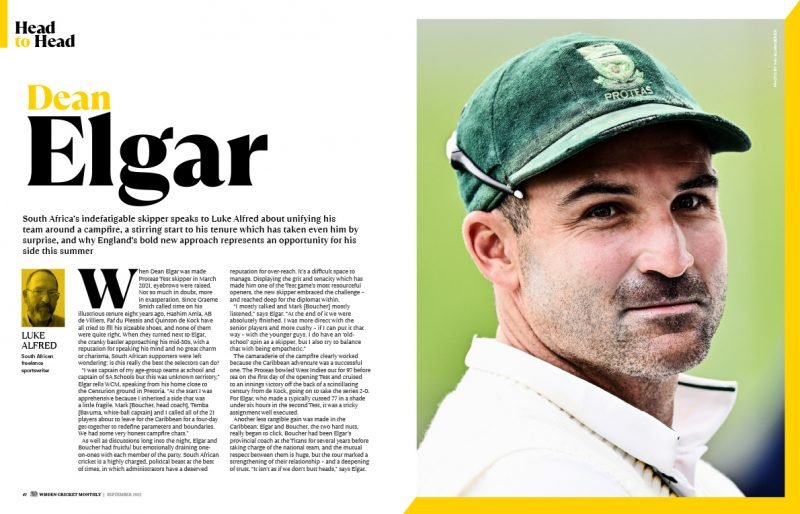 “The England hierarchy appears to have taken against the term because, at best, it makes them appear unsophisticated, and at worst, it leaves them open to ridicule, as and when that fightback from 55-6 doesn’t quite come to pass.”
Andrew Miller on ‘Bazball’ and what it actually means

“I think the theory is quite a good one if you can do it, and England have shown they can do it. But I think it’s like any theory, it will not work all the time. Against good, consistent bowling England will get knocked over at times. How often, no one knows that. But they’re saying they’d prefer to get knocked over playing with freedom than trying to grind it out and ending up 100 runs short anyway.”
Former Australia skipper Mark Taylor on England’s ultra-aggressive approach in Test cricket 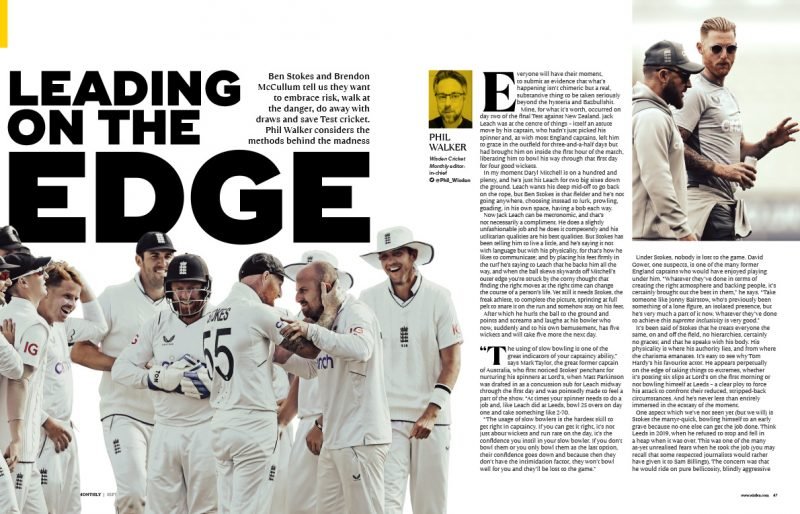 “Standing at mid-on, I had the best view in the house for the drama that unfolded. I could see the look in AD’s eyes, his laser focus. He would have run through a brick wall for his side. In that moment, there was nothing else.”
Former South Africa seamer Steve Elworthy recalls witnessing the 1998 showdown between Atherton and Donald at Trent Bridge

“First day we were awful. They racked up 350-2 at one stage. We got booed off at the end of the day. I just wanted the whole thing to end. I’m thinking, ‘I don’t want to go through another four days of that’.”
Martin Bicknell remembers the 2003 Oval Test against South Africa – a glorious come-from-behind victory for England and the Surrey veteran’s final appearance for his country 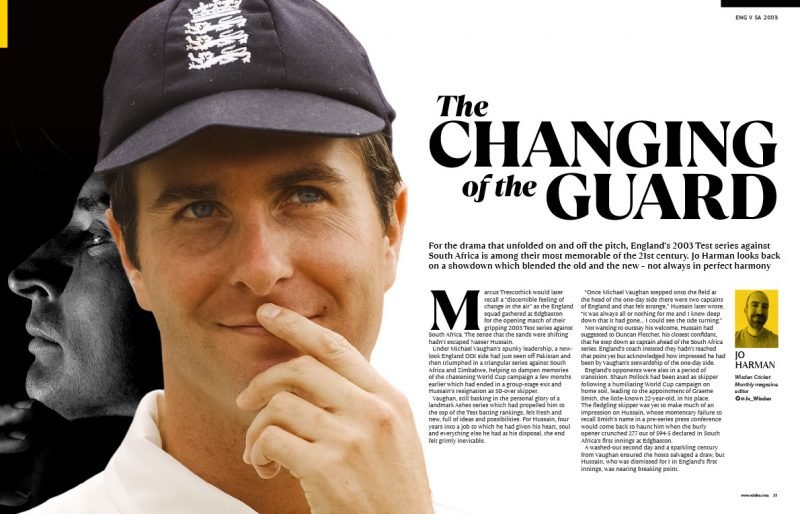 “I think Ben Stokes has been struggling for form. When he plays at his best, he’s got a very simple set-up and technique, he’s not looking to premeditate, and he plays the ball on its merits. This summer he has looked a bit scrambled. I feel like he’s almost lost his identity as a batter and what’s made him successful in the past.”
Columnist Mark Ramprakash explores the vagaries of form and how it can be lost and rediscovered

“When you start out, it [cricket] feels like it means the world to you, but it’s less be-all and end-all, and I think that’s partly because I’ve got a wife, and we’ve got a plan. Without Katherine I’d have probably just meandered along, but I guess I can see my future now a bit more.”
England all-rounder Nat Sciver gives her most revealing interview yet 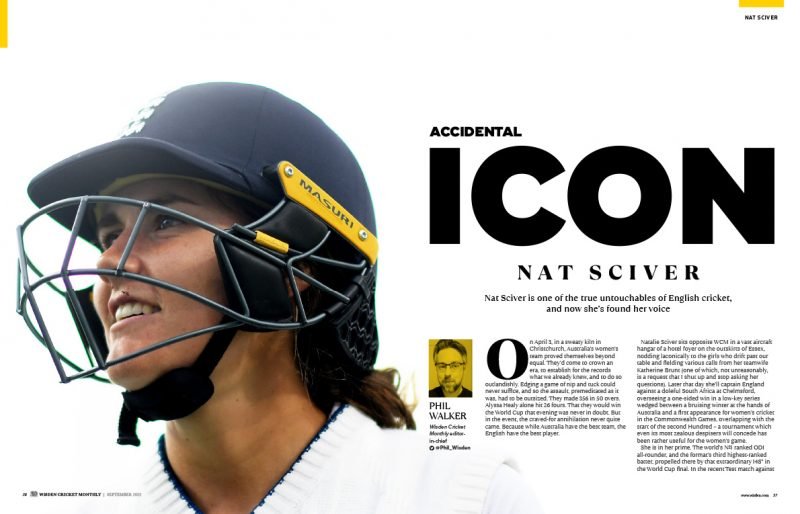 “It’s not that the TV companies object to the extra ad revenue brought in by games lasting 100 overs. It’s that the (mainly Indian) private marketeers who have flooded cricket are more concerned with taking it over completely. Nothing less than world domination is the aim. And if you don’t believe me, you haven’t been paying attention.”
Lawrence Booth on the future of ODI cricket

“Some questions filtered in from our various home countries making sure that we were OK. Never better, I replied to one. I was witnessing, in real-time, a thoroughly non-violent people’s revolution. It was inspirational.”
Adam Collins reports from the frontline of Australia’s tour to Sri Lanka

“I remember in the middle thinking about always taking the positive option, not thinking about what could go wrong. Keep playing with positive intent. There are loads of conversations in changing rooms at the moment. Young batters are thinking, ‘How can I adapt the way I’m playing?’”
Glamorgan’s Sam Northeast on how the shift in approach from England’s Test team influenced his quadruple century 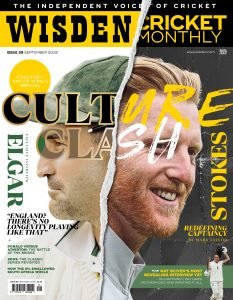